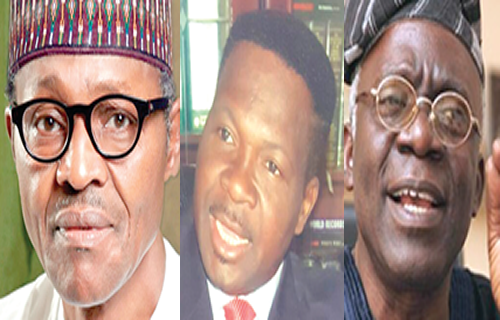 Lawyers are interesting set of people! Earlier this morning Chief Mike Ozekhome and Chief Femi Falana were both guests on Channels TV morning show Sunrise daily. The issue discussed was the fight against corruption by the EFCC and the “cash calls” occasioned by whistleblowers activities.

Well the two legal titans agreed on the need to fight corruption with less noise by the EFCC however, their debate on the continued acting capacity of Ibrahim Magu despite rejection by the Senate made a fantastic debate between the two respectables.

Whose position do you support?