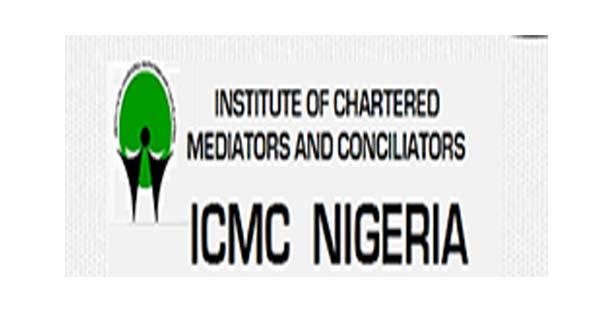 The Institute of Chartered Mediators and Conciliators of Nigeria has said the purpose of Alternative Dispute Resolution is not to run legal practitioners out of business.

The President of the institute, Mr. Emeka Obegolu, said this misconception among lawyers was what had limited the growth of ADR in Nigeria despite its numerous benefits.

Obegolu said this last Friday in Lagos during the induction of new associate members of the institute.

He was represented by the first Vice-President of the institute, Mrs. Nwagbo Margaret.

He said, “We are aware that the development and effective

usage of mediation as an Alternative Dispute Resolution tool has been slowed down because several practitioners still believe that mediation is a process that would seriously undermine their livelihoods and they have termed it the ‘Alarming Drop in Revenue’.

“But as mediators, we see it differently because the man or woman on the street that is confronted with very serious conflict or a worker that has been dismissed and stripped of his or her salary would only be interested in the quickest access to justice at the lowest cost, which mediation fortunately offers.

“Some practitioners have also argued that mediation has come to supplant litigation and therefore, would pose a serious threat to effective justice delivery.

“As mediators, we understand their fear; we should empathise with all the proponents.

“Their fear stems from the fear of the unknown, which is usually the force behind the argument for the status quo.”

The ICMC President charged the new inductees to use their position to foster peace and harmony in the country.

ALSO READ   CJN Swears in Kafarati as Acting CJ FHC, asks Judges to be Guided by Rule of Law

“Law Pavilion Subscription Has Nothing To Do With NBA Covid-19 Palliative...