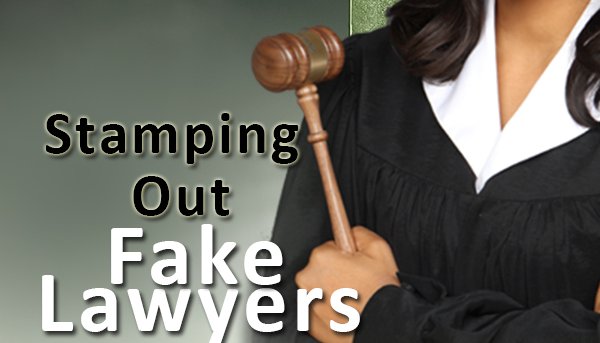 There is a need for lawyers to rise and speak with one voice against the rising trend of impersonating activities going on in the legal profession.

It is really worrisome that several reports of touting going on in the profession are falling on deaf ears. The NBA has to rise up to this call to salvage this noble profession.

I have witnessed a lot of things but wish to speak on the activities of touts especially in the magistrates courts across Lagos.

One issue I am concerned about and would like the leadership of the NBA to really consider is the rate at which touts are illegally drafting affidavits for unsuspecting members of the public at our various courts. This is indeed alarming to say the least.

The Magistrates Court  Bode Thomas, Surulere in Lagos, seem to be the headquarters of these touts. Judicial officers have even joined the touts in that court. This is  inspite of direct warning and outright ban by the Lagos State Judiciary that workers should desist from touting around the courts. A particular case of one Seyi who is a cleaner in the magistrate court is worrisome. Seyi has not only joined the rest of the touts outside the court premises in preparing affidavit for “clients”  but has even secretly been engaging in drafting of legal letters, and preparing legal agreements. She also offer legal advice to “clients”. This is just one of the numerous cases.

My worry is that lawyers are keeping a blind eye to this impersonation with impunity by these persons. We carry on our businesses around these touts as if their activities are normal. Truth is that these touts hang around our courts today and bring the legal profession to disrepute & drag its name to the mud. As long as we continue to act as if it does not concern us, these people would continue.

It is time to act. These touts should be prosecuted for their nefarious activities. NBA cannot continue to keep quiet. These issues are brought to their attention on daily basis.

I also call on lawyers to rise up and demand for action by the NBA. The profession belongs to all of us. Let us restore its lost glory.

Role of Bar and Bench in the Fight Against Corruption –...