Home Headline I was Inspired to Study Law by My Mother In-law – Sir...

Sir Charles Titiloye is a lawyer, a human right activist and a renowned social critic. He is a Knight of the Catholic Church of the order of Saint Mulumba. A former secretary of NBA Akure Branch and Counsel to Ondo state Governor Chief Rotimi Akeredolu SAN.

Sir Charles who recently dedicated a state of the art law office “The Charles Titiloye House” in Akure has every reason to be grateful to God and to his mother in law who persuaded him into studying law.  DNL Legal and Style was up close and personal with Sir Charles in this interview.

May we meet you sir

My name is Sir Charles Titiloye, my Yoruba middle name is Oladipo. I grow up to be called Charles, my Christian name by my parents and Friends. When I did my confirmation in Catholic Church, I added another name Simon. That’s why I have a long initial… . C. S. O. Titiloye. I was born in Akure, Akure South Local Govt of Ondo State on the 21st of April 1972. Both of my parents were teachers  by profession, my mum was a primary school headmistress and my father,  a secondary school Principal for so many years. So I keep on following them from one station to another, and from one school to another based on Government transfer.

I finally settled down for my Secondary education at Sacred Heart Seminary, Akure, between 1982 to 1987. I had my ordinary level school certificate examination at St Joseph College, Ondo. I attended the defunct Federal School of Art and Science, Ondo  for Advanced level School Certificate between 1988-89.I attended University of Benin between 1990-98 where I studied law. I attended Nigerian law school Abuja between 1999-2000. I was call to bar in year 2000. I was two time Secretary of Nigerian Bar Association, Akure branch. Currently I am the President of Association of Catholic lawyers.

I am a  Knight of order of Saint Mulumba. I am the current Advocate of the said Order in Akure sub Council. You meet me more in pro-democracy struggle and Human Rights activism. I played a major role as a student Union leader during the NADECO struggle for democracy in Nigeria. In 1992, I was the Publicity Secretary of the Student union Government of University of Benin. We joined forces with pro-democracy leaders to put pressure on the military Government which ultimately sent the khaki boys back to the barracks.  This elongated my years of study in UNIBEN because I have to battle arrest, detention by security agents and rustication from school in the Courts before I finally graduated from Uniben.  To me I am fulfilled because we all have a sacrifice we must make for freedom of our people.

Why did you choose a career in law?

I love journalism as a profession because of my special interest in literature. I set out to read mass communication at University of Lagos but before I gain admission to the school, I visited my mum in law who is a retired High Court Judge. After studying me for sometime, Justice Oluwole concluded that I will be a good material for the legal profession. Initially I had reservation for the legal profession but after hearing from the retired Jurist, I decided to study law. Along the way, I discovered that my vocation to support the oppressed and downtrodden in our society can best be actualized as a lawyer. This vocation made me to attend the Seminary in the first place.

If you were to choose another role/profession other than law, what would it be?

Even as a lawyer, I am a media man. I write my story myself most of the time and get it published. My political party (APC) saw this talent; hence I was elected as Publicity Secretary of APC in the central Senatorial district of Ondo State. I was the media Secretary of APC in Ondo State during 2015 general election campaigns. I can tell you, journalism is still part of my life.

What was the best career advice you were given?

Formation of individual for their chosen carrier is very important. I had the opportunity of interacting with famous lawyers, and activists like Gani Fawehinmi SAN, Femi Falana SAN, Oluwarotimi Akeredolu SAN,  Dr Beko Kuti to mention a few. Their various life styles have influenced my style of practice. What I have done differently from them is to now marry legal practice with political activism. Once you face my Human Rights crusade, you are under fire from all fronts. The Courts, media and public space will not give you chance until you do the right thing.

What career advice would you give to other lawyers and budding lawyers?

I will encourage my colleagues to see law more as an instrument of restructuring the society rather than maintenance of the unjust status quo. The interest of our people, nation, truth and justice should be the central principle of our practice.

Who is the person you most admire (dead or alive) and why?

I admire somebody all my life… It is our Lord Jesus who despite the power available to him, lived a simple life, refused to bow to Satan in order to lead the world but took the humiliation to die on the cross meant for criminals to save humanity. My lesson from this is that social crusade may be unpopular now, you may even be stigmatized but the future unborn generation will surely acknowledge your efforts. That’s why we are now Christians.

What are you most passionate/happiest about?

I am very happy and passionate when I take up the battle of the less privileged. Surely I will give them the voice they don’t have and ensure they get justice.

What are your dislikes?

I dislike injustice, laziness and mediocrity. No way will be my response to any of the above because l can’t tolerate it.

What was your worst moment as a lawyer?

As a lawyer, I have a large heart, ready to lose and win cases. Losing cases will engineer my industry in my appeals in those cases. I don’t feel convenient to see glaring judicial injustice. Yes executive can make mistake but Judges must be above board to always ensure justice is done.

Tell us your professional high point(s).

One of the professional high points was when I challenged the established principle of locus standi in the case  of CHARLES TITILOYE VS GOVERNOR OF ONDO STATE reported in (2013) 2 NWLR Part 1338. We intend to improve on this principle where Chief Gani Fawehinmi left it. It’s a locus classicus on how a lawyer can take up private litigation to protect a public right.

Recently I commissioned my three storey Law firm building in Akure, I was greatly honoured with the presence of the Governor of Ondo State, Oluwarotimi Akeredolu SAN. It was an event that attracted great legal mind to Akure. I will surely do more for this profession by God grace.

What was the most famous/interesting case(s) you have handled to date?

Also In 2015, the case of OLUGBENGA EDEMA VS COKER MALACHI on election petition which I prosecuted at the Court of Appeal resolved difficulties as to close of pleadings and issuance of pre trial conference notice.

I have enjoyed practice as a lawyer. I don’t have any regret studying Law.

If you could rule the world for a day what would you change/do?

You are a lawyer and a Knight of the Catholic Church, has there been positive impact from profession on your Knighthood and vice versa?

Yes, as the advocate of knights, we offer the church and the society our helping hand in terms of pro Bono services to indigent people. This is my investment into humanity and I am determined to sustain it.

How do you relax? 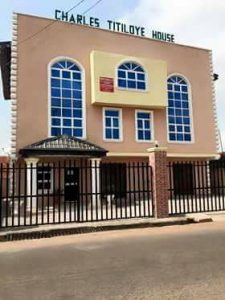 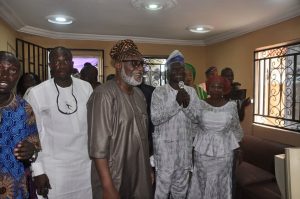