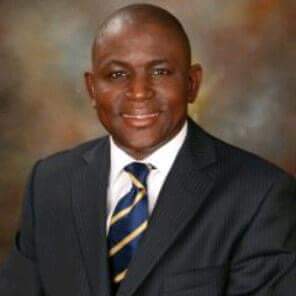 Blames and accusations have began to trail the alleged nullification of the NBA Constitution by the Federal High Court sitting in Abuja yesterday.

The Unity Bar took to its facebook page and accused the present General Secretary of the NBA Mr. Isiaka Olagunju for the ill fate that befell the extant constitution of the NBA.

We know that the Olagunju (Present General Secretary of NBA) sold out in the case that got the NBA Constitution voided in order to terminate Universal Suffrage which has liberated young lawyers. He sent his PA to handle such an important case and didn’t notify the Court that the registration with CAC was done by his predecessor in office.

If the judgment is to be allowed, one of it’s implication is that all those who held one office or the other in the NBA, from 2004 to the present occupants will loose their offices and titles.

This desperate bid to kill universal Suffrage carries with it, many other damages that the assailants didn’t envisage.

It is correct to state that CAMA didn’t envisage that an amended constitution which is yet to be registered with CAC is null and void. CAMA allows compliance at any time without penalty. All that was expected of Olagunju is to bring to the Court’ notice that his predecessor has indeed complied with CAMA by jointly registering all the previously amended constitutions, including that of 2015.

Olagunju has failed in his duty as General Secretary and he forgot that if this constitution is jettisoned, he will cease to be in office too.

Every lawyer, especially the young ones, must resist a bad General Secretary who acts against the overall interest of the Bar and it’s members.

As shared by Unity Bar few minutes ago.

Do you agree with Unity Bar’s position ?