I would never have believed if I was told 12 months ago, while celebrating the wedding of our son Paul Babatunde, that I will now be writing this tribute. This is because a tribute is the wrong script in the scheme of things as we envisaged it. It was never part of our plans. When we met in December 1983 and got married on the 2nd of August 1985( 32 years ago and not 28 years as some ignorant people have claimed) we had a set of specific plans committed to God Almighty as a couple. We lived together as husband and wife in Gyellesu Zaria, (1985-1986) Banadeen house, Warff road Zaria(1986-1990), Nuhu Crescent Barnawa Kaduna (1991-2001), L5A Yusuf Lliya street, Barnawa Kaduna (2001-date) and in the period raised the six wonderful children that the good Lord saw it fit to bless us with.

When we married, you told me the story of how your father would himself have loved to be a lawyer, had he the opportunity so to read and how he wished you read law. I took the hint and encouraged you to read law after your first degree in political science. You were called to the Nigerian bar in October 1995, five months after I took silk and one year after the birth of our daughter Kikelomo ( Beatrice) and you plunged yourself into legal practice with the same assiduousness and dedication with which you executed all projects and assignment you choose to undertake. But for the fact that you discovered your true calling in working for the less privileged, you would today have been a senior counsel (SAN) or even a  judge.

I remember when we were in Zaria, you came back one evening in tears that the pregnant mentally unstable woman that you use to take care of has put to bed and was nursing her baby by the roadside near first bank and she would not let any person come near her and the baby except you that she recognized. Indeed no one including government was willing or able to assist her and the new born. You requested for fund to enable you to take her and the baby to the hospital. After her treatment and discharged from the hospital, you took her to your parent house in Zabon-Gari Zaria, where she and her baby were housed and fed for 6 weeks before you sent her to her hometown. Such was the empathy and love with which you carried out your charitable work that I suggested that one day you will win the Nobel Peace prize.

Never mind that you did not win the Norwegian award but in my heart and for all times, you are always a Nobel laureate, for that is how the good lord made you.

You evolved your charitable work into ALL CHILDREN CHARITY INTERNATIONAL FOUNDATION (ACCIF) a non-governmental and civil organization founded with the aim of meeting the needs of specially challenged persons and the under privileged especially children, their civil rights and educational development. ACCIF’s mission is to be a passionate voice for Change in all aspects of persons living with disabilities in Nigeria through better education, sustainable economic development, gainful employment and social protection for their social circumstances. To ceaselessly promote the rights and meet the needs of specially challenged persons and the unprivileged, particularly children. My evidence is relevant and admissible that since 2005 when you set up this platform to assist special needs children, you achieved the  mission and objectives  you set out to achieved. I can assure you that as far as it is humanly possible we will ensure that the dream that NCCIF connotes will not die with your passage to eternal glory.

In your lifetime, you were a loving mother, you showered motherly affection on our children such that till today each of them believes that he or she is your favorite. I use to marvel as a young lawyer how within our limited resources you used to ensure that your 2 boys, Paul and Ben, wore new cloths to church every Sunday and when the girls came, you continued with the same pattern. You were passionate about education, and together we gave our children the best education in the world.

At no time in all the homes we lived in after 1991 did we have less than 10 people living with us. At a point the number rose to 23, I am sure that each of them can attest to the fact that you treated them in a motherly fashion and made the home conducive for them during the period of their stay.

We had a happy home. Love pervaded the air, but as it is in every human relationship particularly that of matrimony, there are bound to be hiccups and disagreement. But whatever we disagreed upon was positive, loving and calculated to improve the unity and well being of the family. There was no vicious abuse as Mr Odinkalu has alleged. Indeed he has never visited our home. He is not friend my friend and I am sure that it is the human right commission that brought you together. Notwithstanding, I feel very pained that people of his ilk should insult your legacy because they want to take cheap political shots at me. They know that you are not around to deny or agree with them so it is convenient to lie against  your memory. That is the aspect that pained me. Some of your friends also went viral, dabbling into what they know little or nothing about, raining curses at perceived villains. I beg to forgive them as I have done. I am tempted to mentioned names but I have restrained myself as I know you saw them and have forgiven them too. However, I find it difficult to overlook the mendacious statement of the former HRC Chairman. I am torn between the words of the Psalmist in Psalm 38 thus:

12Those who seek my life lay their snares;
those who seek to hurt me speak of ruin,
and meditate treachery all day long.

13 But I am like the deaf, I do not hear;
like the mute, who cannot speak.
14 Truly, I am like one who does not hear,
and in whose mouth is no retort.

15 But it is for you, O Lord, that I wait;
it is you, O Lord my God, who will answer.
16 For I pray, “Only do not let them rejoice over me,
those who boast against me when my foot slips.”

And the laws of laws of libel which requires that I clear the air before a court of competent jurisdiction, when defamed in the eyes of right thinking members of the society.  But my darling., are these social media freaks who jump to conclusion without hearing the parties concerned fair and just in their conclusions? It cannot be.

The hallmark of corruption in Nigeria is the breach by people of the right to fair hearing particularly the principle of  “Audi Alterem Partem” (Hear the other side). The rush to judgement was so aggressive that you would wonder why presumably sane people will make accusations that they cannot substantiate. I am asking the lord for permission to press home the laws of libel on those who have dared to malign your name.

Darling, I know you are resting in peace, and I take solace in John Donne’s holy Sonnet “Death be not Proud” thus;

Death, be not proud, though some have called thee

Mighty and dreadful, for thou art not so;

For those whom thou think’st thou dost overthrow

Die not, poor Death, nor yet canst thou kill me.

From rest and sleep, which but thy pictures be,

Much pleasure; then from thee much more must flow,

And soonest our best men with thee do go,

Rest of their bones, and soul’s delivery.

Thou art slave to fate, chance, kings, and desperate men,

And dost with poison, war, and sickness dwell,

And poppy or charms can make us sleep as well

And better than thy stroke; why swell’st thou then?

One short sleep past, we wake eternally

And death shall be no more; Death, thou shalt die.

As I stated, all marriages have their ups and downs but our disagreement started about 5 years ago. We could have worked things out but it was not to happen. I thought there could still be a settlement in the middle of the court proceedings. God knows best. I know however that you are resting in peace; far removed from the cares and worries of this world. Rest in peace my love until we meet to part no more. 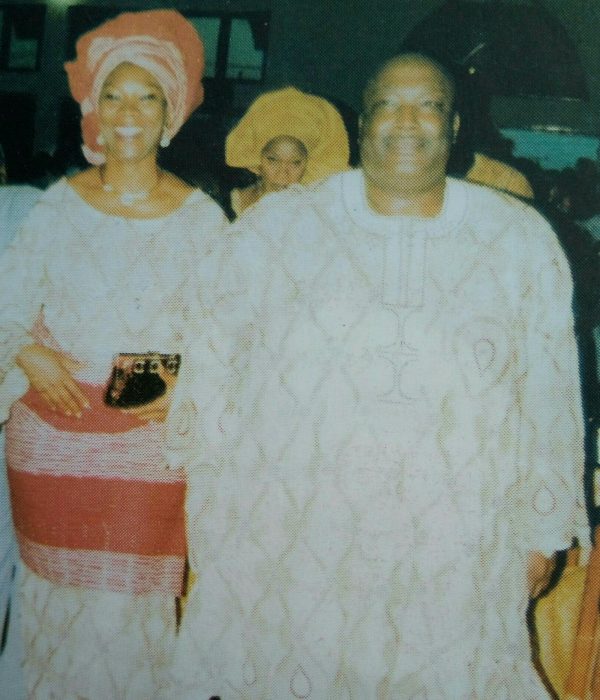 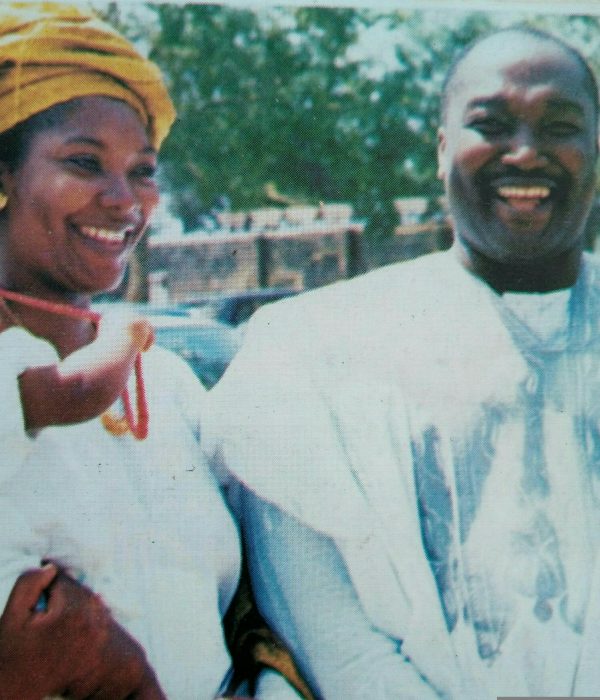 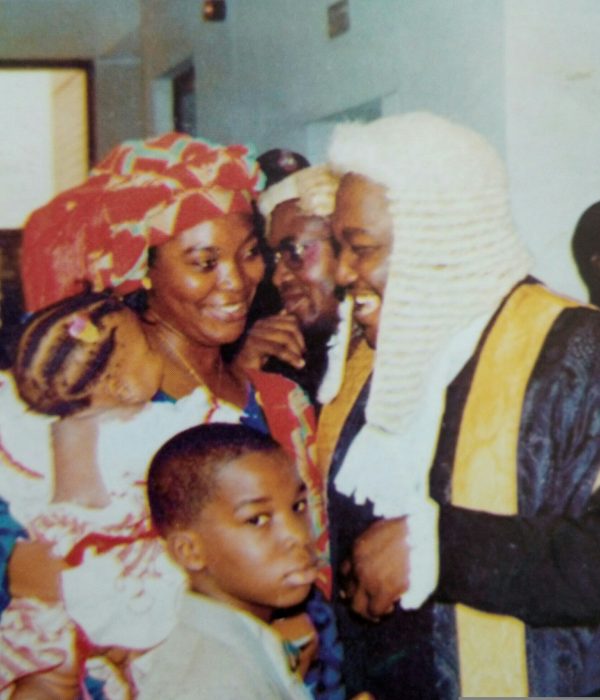