Corruption in the Nigerian judicial system has rendered the tool of justice postrate. It’s so much a problem to National growth because the judiciary is a strategic institutions of state saddled with the responsibility of the interpretation of law and the pursuit of justice.  This said judiciary in recent times have been indicted for keeping corrupt judges and other judicial officers who ask for gratification to pervert the course of justice.

It was reported that the judge collected the bribe from one Zubairu Abdumalik in order to deliver judgment in his favour. The Zamfara State government has however dimissed the judge when it approved the recommendation of the National Judicial Council.

It really doesn’t matter how much was received as gratification once proper investigation reveals that a Judge collected money or any other forms of gratification to turn justice on its head the requisite disciplinary measure must be taken to the fullest against such Judge by the NJC. It is a weak argument to concult that the sum of N200,000.00 is a negligible figure and therefore the judge should be spared. This will amount to a travesty of justice and therefore throw away our efforts to keep the stream of justice clean at all cost. The truth is that if a Judge collects N200,000.00 as bribe chances are that if he had been offered more than that he would have taken.So let us do away with this idea that the value of the proceed of crime shouldl determine how serious a case should be taken. All corruption cases are serious and must be seen as so by all and sundry.

And for other Judges who have one or two petitions against them under the investigation of NJC I urge the regulatory body to be diligent in this process and work without fear or favour for this is the only way we can develop the Nation and reform the judiciary. Each petition should be delt with holistically so that the right findings can be made at the end of the day. Penalties should follow guilt without bending the rules for anyone no matter who is involved.

The United Nations Office on Drugs and Crime  (UNODC) in her report recently fingered the judiciary or prosecution if you like,  as the second most corruption institution in Nigeria. It’s true that there are corrupt elements in the judiciary given the obvious fact that some judges are currently been investigated by the NJC. The UNODC report should not be dismissed with a wave of the hand but at the same time it has left much to be desired of it. It is trite to say that we do not have the parameters for which such conclusion were arrive at. He that alleges must prove. The material evidence that led to this conclusion is not in the public domain. We must reach conclusions with statistics and we must be scientific enough in our approach. Emperical research the world over is evidence-driven and scientifically distilled. With this approach, errors are technically reduced to its bearest minimum. The tools and methods of research applied must be adequate in the circumstance.

However, without prejudice, whichever method applied I hold that the judiciary cannot be singled out as  the second most corrupt institution in Nigeria simply because some judges are corrupt and some are being investigated for corruption related offences. It’s deeper than that,  we must prove to the world the systems deployed to reach this conclusion. At the risk of not sounding defensive to the judicial institutions in Nigeria we must interrogate statistics and surveys done in ways that cannot stand the test of time. Let’s assume but not concede  that their finds are true they owe the public an obligation to reveal the method of research and the tools with which the survey was deployed. Any report or review of the parameters used through to this conclusion will be useful to dissent voices who need more than just a pronouncement to believe a story.

I have read the survey or if you like the study, it is at best a guess work from the fig of someone’s imagination. Research and statistics aren’t taken seriously in Nigeria because of the level of work put therein in search for accuracy and exactitude . Perhaps we should begin to develop skills in these areas so that we can make informed decisions and choices in our everyday activity. This will help us find bearing around our population and and the demographics which before now is premised on hearsay, guess work and false projections that only wide the errors of our results.

Now that we are up with a verdict, however loosed, it is left for the judiciary to redeem itself from the web and reach of further indictments. The NJC must be studious in the dispensation of her duties in cleaning up the iniquities in the judiciary  system so as to allow the judiciary take its pride of place in the annals of our judicial history in the face of posterity.

I believe that the judiciary is till the last hope of the common man and it holds the door to national transformation, socioeconomic development, economic justice and political stability. If we devote our pursuit and finetune the process we shall return to the good old days when the Nigerian judiciary stood out in the whole of Africa as the best for so many decades. We still are. Time was when our judges were all over Africa developing the legal systems of the continent, exporting legislation and playing pivotal roles to the development of the continent of Africa. We can do it again if we dare to re-enact history. Yes we must! If we must, together we shall. 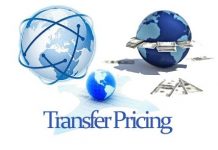 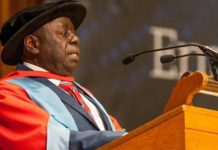 NASS Can Enact A New Constitution (2) The Legal Framework on Rape in Nigeria

And This is What Happens When a Leopard is Mistaken for...