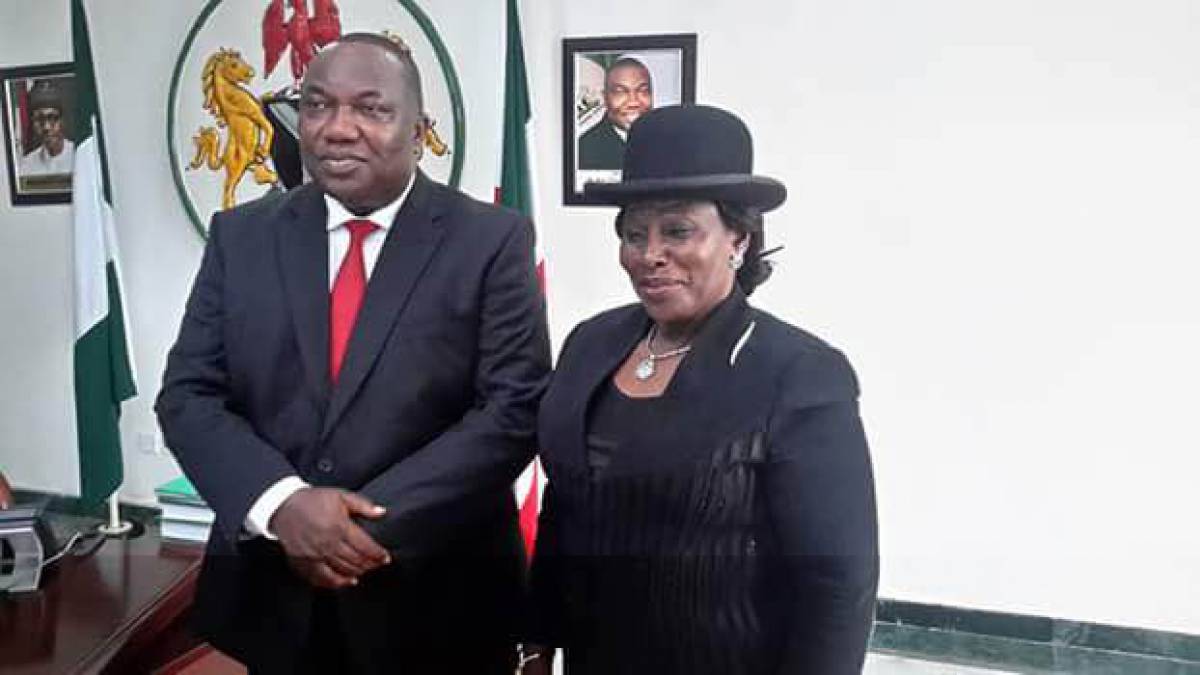 The Enugu State government has described the industrial action embarked upon by members of the Judiciary Staff Union of Nigeria (JUSUN) Enugu State branch as illegal and a contravention of a binding and subsisting order of the National Industrial Court.

A press statement issued by the secretary to the Enugu State government, Dr. G.O.C. Ajah, noted that the court had restrained the union from going on strike without fulfilling the preconditions outlined in the Trade Dispute Act. The government explained that it’s instructive that the judiciary union did not appeal against the National Industrial Court’s judgment, and there is as yet no order staying the execution of the order restraining the union and its membership from carrying out a strike action on the basis of the Consolidated Judiciary Salary Structure (CONJUSS), which the court had declared to be a non­binding recommendation

According to Ajah, “sometime in 2009, the Body of Chief Judges of the various states of the federation recommended an enhanced salary structure for the judiciary staff known as CONJUSS.” The statement noted further that the Judiciary Staff Union in Enugu State had issued a communique threatening to call out its members on strike if the CONJUSS was not implemented, prompting the Enugu State government to file a suit (NIC/EN09/2010) in 2010 against JUSUN at the National Industrial Court praying, among other things, that the communique the members of JUSUN issued was unlawful and that it cannot embark on strike on the basis of CONJUSS without a recourse to due process.

The state had also sought a perpetual injunction restraining the union members from embarking on strike on the basis of non­-implementation of CONJUSS.  Ajah pointed out that although JUSUN and its chairman and secretary who were defendants in the suit, counter­claimed and prayed the court to order the government to implement the Consolidated Structure as recommended with effect from 2009, the court on September 23, 2016, upheld the Enugu State government’s claim in part, dismissed JUSUN’s claims and made the following submissions:

“That the Consolidated Judiciary Salary Structure is a recommendation and not an agreement that can be said to be binding on the parties; that CONJUSS can only form the basis of further negotiations; that members of the union could only lawfully embark on a strike action upon the fulfillment of the precondition in the Trade Dispute Act; that the precondition is the violation of existing collective contracts of employment or collective agreement, and there was nothing before the court to show such violation; an order of perpetual injunction restraining JUSUN and its membership or any staff of the judiciary from embarking on strike on the basis of CONJUSS.”

Pointing out that the government began negotiations with the leadership of the union towards an implementable salary raise for the judiciary workers as a demonstration of good faith and had constituted an Executive Council Committee in that regard, he said it’s regrettable that the committee was preparing its report to be submitted to the Govern­ing Council when the union commenced an indefinite strike on April 3, this year, without notice.

He also reminded the union that as a further demonstration of fidelity to workers welfare, the state government has maintained the prompt payment of salaries on or before the 25th of every month and does not owe any salary arrears to the union or any other workers in the state.

While calling on the leadership of the union to call off the strike action immediately and resume negotiations with the executive council committee, the state’s attorney­ general and commissioner for justice, Mr. Melitus Eze, explained that a violation of a court order does not reflect respect for the rule of law particularly given the fact that JUSUN members are judiciary workers. On what options the government may consider in the event the union fails to heed the counsel, he said:

“If they remain adamant, there are implied actions we can take; that is no work, no pay. Also we can still go forward to at least press the machinery of court to commit the officers for contempt of court, because they are disobeying the positive order of the court restraining them from going on strike.”