Justice Chima Centus Nweze of the Supreme Court has called for strict adherence to constitutionalism. He said it was the only way to
guarantee effective democratic governance.

Justice Nweze spoke at the 16th Justice Idigbe Memorial Lecture, which held at the University of Benin (UNIBEN), where he was the guest lecturer. Its theme was: Constitutional Adjudication For Democratic Consolidation In Nigeria: The Role of The Supreme Court.

The jurist said there was tendency towards “judicialisation of politics”  in which societal decision-making becomes more judiciary-oriented. He said the 1999 Constitution places a major responsibility on the judiciary as democratic watchdog.

“The Judiciary could rightly be viewed as the sentinel duly consecrated to guard the cherished principles of democracy enunciated in the constitution.

“The implications of this guardianship role are two-fold: the constitution makes the judiciary the ‘watch-dog’ of the other arms of government, that is, its role is to keep each arm within the confines of its powers.

“It demands that the court’s should void any exercise which does not comply with the constitutionally-prescribed manner of its exercise.

Justice Nweze, who holds a Ph.D, said unlike the period of 1960 to 1963 and 1979 to 1983 where in certain disputes, courts declined jurisdiction in certain political matters, the situation has changed with the 1999 Constitution.

He said:  “Indeed, a two-time governor of Rivers State, Chibuike Amaechi, owed his first term in office to this new attitude. Again, unlike the previous attitude to what is loosely called impeachment, that is proceedings culminating in the removal of either the President, Vice President, Governor of his deputy, a process which was classified as a political cauldron dripping with the kind of miasma that could drench the court and denude the sustained public confidence in its moral section, the judiciary has frontally confronted the castrating influence of that doctrine. It has considerably curbed its monumental fans. Hence, it has enlarged the leeways of permissible encroachment on the canvass of the doctrine.”

On the late Justice Chinweike Idigbe, Justice Nweze said the judiciary does not adequately “outsource” the contributions of its eminent jurists.

The reason, he said, was because the dominant discourse in comparative judicial and contemporary scholastic reasoning was shaped by Anglo-American perspective and Eurocentric viewpoints.

His words: “Law teachers and students must be familiar with such names like Jeremy Bentham, John Austin, Lords Come, while in the case of Nigeria those who have contributed substantially have not been heard much of.

To address this anomaly, therefore, Justice Nweze said there was the need to ascertain whether justices are able to establish an exportable model like their counterparts elsewhere.

To do this, he said first step is to establish whether the late Idigbe was able to establish an “exportable model”, and reasoning comparable to other forms of judicial reasoning that had dominated and shaped debates in literature.

“Against this background, it would only suffice to erect an aperture through which this distinguished audience could peep into the invaluable store house of the judicial information contained in His Lordship’s (Justice Idigbe’s) judgements,” Justice said.

He described the late Justice Idigbe as a modest man, a very able judge, mentally vigorous, fair-minded, infinitely compassionate and a lovable human being that should be emulated.

He praised the university’s Faculty of Law for sustaining it. 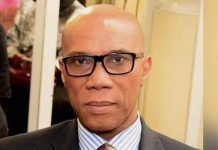