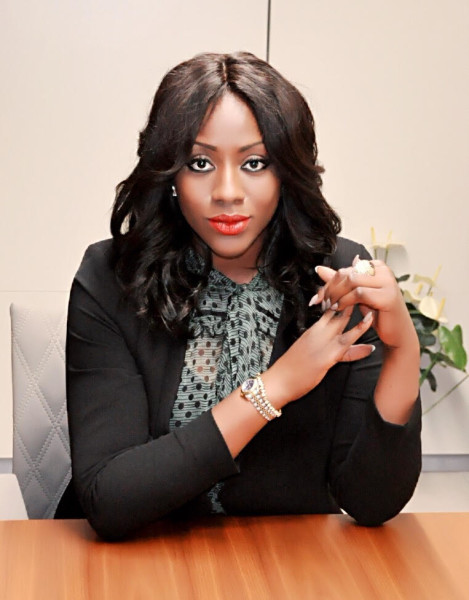 This is an interesting piece from  Ivie Omoregie:

Just Before You Blow that Snitch Whistle, Here Are Some Things to Consider

As we all know, there has been a drastic drop in Nigeria’s federal revenue due to the fall in oil prices and the general mismanagement of the countries resources under previous administrations; the resultant effect is that Nigeria is now seriously strapped for cash.

In an innovative drive to raise revenue and expose public officials involved in improper conduct, the federal government of Nigeria introduced the Whistle Blower Policy.
Many people do not know the details of the policy; however, what has resonated in most peoples’ minds is the simple fact that whoever informs the government of looted public funds becomes entitled to between 2.5% – 5% of the value of the looted funds once recovered, as compensation for their efforts.

To Snitch Or Not To Snitch
As you can trust, our ever faithful Nigerian compatriots have been flocking to the nation’s call like bees to honey. In the last few weeks we have seen an unprecedented influx of people informing the government of various facts, which I presume, have been to their knowledge for quite some time… I can only wonder what is prompting this sudden urge to share this information (can you just picture security guards around the country turning into mathematicians when doing their calculations).

In this article I share my thoughts on this new “policy”. I have been meaning to do this for some time, but felt the urge to write now given the influx and gravity of recent discoveries.

Just Before You Run And Snitch…

I must stress that although the Whistle Blower Bill was laid before the Nigerian Senate in October of 2015, we are now in April of 2017 and the bill is yet to be passed into law, thus the policy is currently merely a tentative measure. This to me is quite concerning.

I understand the fact that the President does not have the power to waive Constitutional protocol when it comes to the passage of bills into law; however, the bill could have been an executive bill sponsored by the President himself and he could have mounted political pressure to lobby the House of Reps and the Senate for the swift enactment of the bill. Both to my knowledge have not been done and almost 2 years later the bill is only at the second reading.

I personally cannot imagine the unease this nature of law would bring unto our public officials. This may be relatable to why they do not seem entirely enthusiastic about enacting the draft bill.

The policy stresses transparency and accountability, however I am yet to see any published information pertaining to the loot so far recovered. What is clear from official publications is that billions of naira have been recovered. The following questions have been revolving in my mind for the past few months:

One thing that concerns me here is the re-misappropriation of the looted funds, how do we even know that the agents who are sent to investigate the tip offs are not taking their “personal commission” prior to disclosing the discovery.

I must also stress that according the Federal Ministry of Finance Whistle Blowing FAQs the following caveats need to be met for one to qualify for this reward;

Please how can one verify what information the government has, what is obtainable and if ones information is entirely responsible for the actual recovery.

Also, another gray area appears to be the point at which the informant is paid. I am sure most informants would like their cash as soon as the officials are recovering the loot or within a matter of hours thereafter. Since the policy is not yet enacted, this is something that has not been determined.

There are some who argue that, due to the legal presumption of innocence until proven guilty, the money can only be paid to the informant after the prosecution and subsequent conviction of the persons who initially looted the money. Imagine if the accused looter had a legal right to the money in their possession, what becomes of the 5% paid to the informant at the onset.

You Are On Your Own!

The general assertion is that an informant is protected by law, thus should not be unfairly treated should it come to light that they were the source of the information. However, in reality, given the peculiarities of the country in which we live, the likely hood of the Federal Government remembering the informant several weeks or even months after they have successfully dealt with any misappropriations are slim to none.

“Confidentiality will be maintained to the fullest extent possible within the limitations of the law.” (taken from the Federal Ministry of Finance Whistle Blowing FAQs)

I have read from various sources that said informant can raise concerns should anything happen to them, but there seems to be no mention as to the implications of the unfair treatment of any known informant. I also wonder if there is going to be a special task force designated for their protection… somehow I doubt so.

Conclusion
I must stress that my intentions in writing this article is not to deter the general public from assisting in the recovery of looted funds. My concern is in instances where individuals are putting their lives in danger only to be “played” by the Federal Government.

As we all know, corruption is somewhat entrenched in the Nigerian system, and the fact remains that most of the persons who were responsible for the misappropriations under previous administrations are still somewhat relevant under this administration and still very powerful people.

I have often wondered what happened to all the “Abacha Loot” returned to Nigeria by foreign governments (estimated at almost $1billion) and then I am reminded of how the cash, valued at $15million, James Ibori paid to Nuhu Ribadu got “lost” after Mr. Ribadu lodged it as evidence in Mr. Ibori’s corruption case.

I hope this policy is properly implemented, the rate and volumes being misappropriated can only be described as kleptomania; for the swift development of the country drastic measures have to be put in force. But first the government on their part must be transparent and unequivocal in their pursuit of justice.

Ivie is an Energy and Project Finance lawyer with one of West Africa’s highest ranking law firms. Qualified to Practice and with several years working experience in England and Nigeria, Ivie has a keen interest in projects and transactions within the Sub Saharan African region. Ivie is also an active member of the Nigerian Bar Association as well as an avid woman’s and children’s rights promoter.

Ivie is an Energy and Project Finance lawyer with one of West Africa’s highest ranking law firms. Qualified to Practice and with several years working experience in England and Nigeria, Ivie has a keen interest in projects and transactions within the Sub Saharan African region. Ivie is also an active member of the Nigerian Bar Association as well as an avid woman’s and children’s rights promoter.

Comparative Analysis Of The Nigerian And European Legal Regimes On Data...