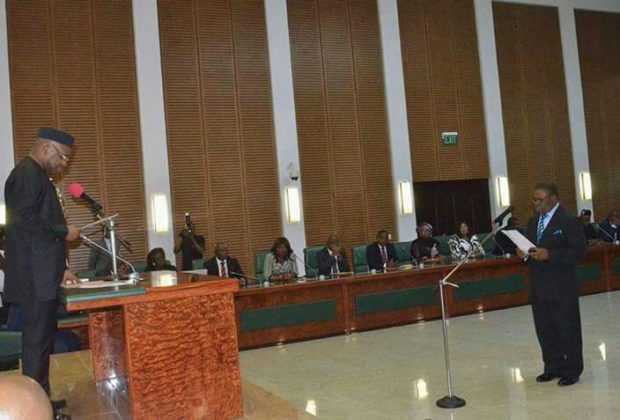 Justice Godwin Abraham has been confirmed as the substantive Chief Judge of Akwa Ibom by the state’s House of Assembly.

The ratification of Justice Abraham’s appointment followed the unanimous adoption of reports of the House Committee on Justice, Judiciary, Human Rights and Public Petitions by members of the House at yesterday’s plenary.

Justice Abraham, who was appointed a few months ago by Governor Udom Emmanuel, has been on acting capacity until his confirmation as the substantive Chief Judge, yesterday.

The report, which was read earlier by the Deputy Chairman of the Committee, Otobong Akpan, on the floor of the House, had urged the House to clear the nominee based on the fact that he was found qualified for the position.

The committee had described Abraham as a person of integrity with the requisite skills and knowledge and therefore, qualified for the position.

According to the committee’s report, Abraham’s 32 years of practice was well over the required 10 years period as demanded by the constitution for appointment of Judges.

Speaking, the Speaker, Mr .Onofiok Luke congratulated the new CJ, urging him to employ his wealth of experience in the discharge of his responsibility, especially in ensuring quick dispensation of justice.

Luke who particularly stressed the need to decongest the prisons in the state, said that the current Assembly had no doubt that the new state Chief Judge will work assiduously in that regard.

ALSO READ   I did not bribe Justice Yinusa ―Joseph Nwobike