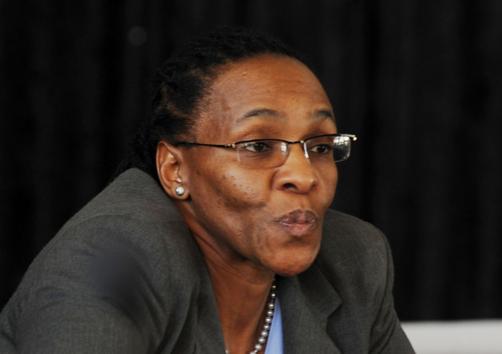 President Jacob Zuma has appointed Justice Mandisa Muriel Lindelwa Maya as the President of the Supreme Court of Appeal with immediate effect.

She is the first woman to be appointed to the highest office at the Supreme Court of Appeal since the establishment of the Court in 1910.

“Her appointment to the position elevates her to the third highest position in the Judicial Branch‚ after the Chief Justice and Deputy Chief Justice of the Republic.

We wish to congratulate her for being the first woman to occupy such a high position in the Judiciary and wish Justice Maya all the best in her new important responsibility of advancing our constitutional democracy‚” said President Zuma.

President  Zuma had also‚ on the advice of the Judicial Service Commission‚ appointed other judges to serve in different courts:

– Mr Justice Malesela Francis Legodi as Judge President of the Mpumalanga Division of High Court‚ with effect from 01 August 2017.

– Mr Justice Lazarus Pule Tlaletsi as Judge President of the Northern Cape Division of High Court with effect from 18 September 2017.

– Ms Tebogo Jennifer Djaje as a Judge of the North West Division of the High Court with effect from 01 June 2017.

President Zuma has also‚ in terms of the Labour Relations Act‚ appointed:

– Ms Daphney Mahosi as a Judge of the Labour Court with effect from 01 July 2017.

– Mr Graham Nasious Moshoana as a Judge of the Labour Court with effect from 31 July 2017.

– Ms Portia Nkutha-Nkontwana as a Judge of the Labour Court with effect from 31 July 2017.

“We wish the appointed judges all the best in their new responsibilities and we are confident that they will play an essential role in further enhancing our criminal justice system and constitutional democracy” President Zuma said.

Re: ‘Appeal Court Justices Who Ruled in Favour of Nnamdi Kanu...

Wahab Egbewole and 9 Others Added to the SAN List