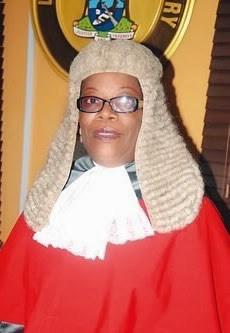 However, 12 of the freed inmates were not handed over to officials of the State’s Ministry of Youths and Social Welfare.

Justice Atilade ordered them to be taken to Adigbe Forster Home, Pansheke, Ogun State “due to the nature of offences” for which they were kept in prison.

The 12 inmates were detained for rape, attempted murder, murder and armed robbery.

Two of the inmates who were found to be unremorseful during interview session were denied freedom by the CJ.

The inmates had told Justice Atilade they were in prison for selling and smoking Indian hemp.

The exercise was carried out as part of ongoing efforts to rid prisons in Lagos of underage inmates, protect the Child Rights Act and also decongest the facilities.

“I pronounce you free, pursuant to the provisions of Sections 1(1) of the Criminal Justice (Release from Custody) Act, 2007 as well as Section 35 of the 1999 Constitution. You are all hereby released from prison custody. Go and sin no more,” she said.