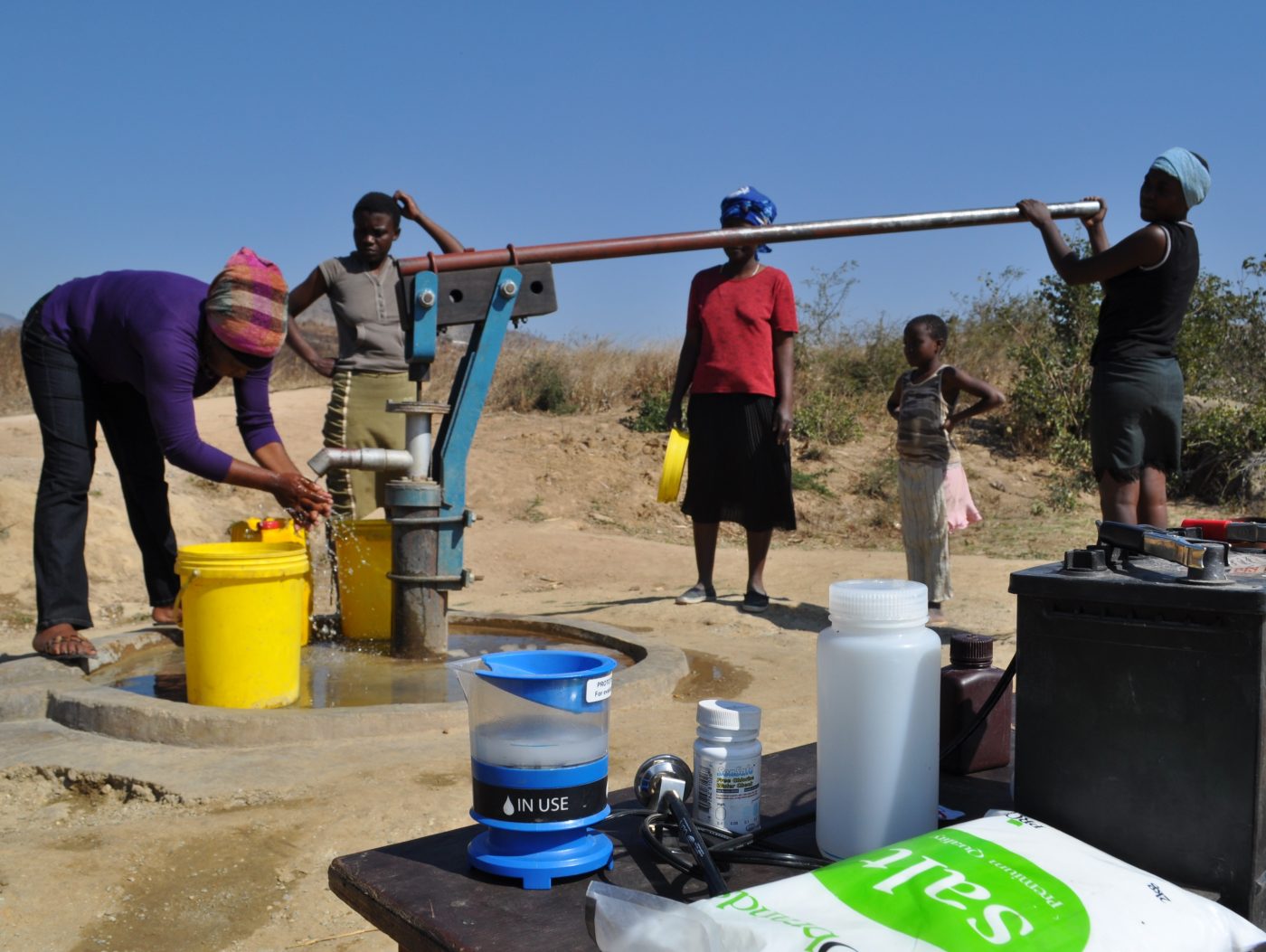 A new Lagos State Environmental law is stipulating a prison term or fine for residents who drill boreholes without government authorisation.

The legislation specifically criminalises sale or distribution of water by container, tanker, or any other method without a valid license issued by the Department of Water Resources.

The bill, passed by the state House of Assembly, is yet to be signed into law by Governor Akinwumi Ambode.

The government says it targets commercial users, but activists fear the ban may affect private citizens, who struggle daily to get water through individual effort.

“The salt rubbed on the injury is the fact that as we speak, the public has not set eyes on the new bill to ascertain if our fears and objections raised at the Public Hearing were incorporated into what was eventually passed,” said Akinbode Oluwafemi, Deputy Director, Environmental Rights Action/Friends of the Earth Nigeria, during a press conference in Lagos on Monday.

The problem with the Bill

On February 20, the Lagos House of Assembly passed “A Bill for a Law to Consolidate all Laws Relating to the Environment for the Management, Protection and Sustainable Development of the Environment in Lagos State and for Connected Purposes” into law.

The Bill was passed less than two weeks after activists and environmentalists challenged its key sections at a public hearing.

A section (7.2.a) in the draft Bill secured the “payment of contracted services and concessions for long term infrastructure investments with an irrevocable Service Payment Order as the first line charge on the State’s Internally Generated Revenue.

In section 7.2.b., it states that, “In the event that the state’s IGR is insufficient or unavailable to discharge its obligations, the state should apply monies due to it from the federal monthly allocation or any other source to secure its payment obligation to contractors and concessionaires under the law.”

Mr. Oluwafemi described both sections as anti-people and would tie the hands of Lagos citizens to ambiguous agreements.

“These clauses will make government, through taxpayers money, to pay corporate entities without fail even when there are other pressing issues requiring funding.

“Literally, it is saying if passed, the Lagos State government must pay these corporate entities before spending on salaries, healthcare, roads and so on.

The most controversial aspect of the draft Bill, however, is its provisions towards access to drinking water in the state.

Section 137(1)(a) stipulates that, “No person or group of persons shall sink or cause to be sunk boreholes, hydraulic and other structures connected with the supply of surface ground water or treated water without obtaining the necessary permit from the Office of Drainage Services.”

Section 141(1)(a) says no person or group of persons shall “Abstract water from any lake, river, stream or other natural resources forming part of state water except with the approval of department of water resources of the Office of Drainage Services.

In 141(1)(c), it states that no person or group of persons shall “Make, sell, distribute or cause to be made, sold, or distributed water by container, tanker or any other method whatsoever without a valid licence being issued by the Department of Water Resources of the Office of Drainage Services.”

An individual convicted under the law will pay a N100,000 fine or serve a six month jail term or both; for an organisation, it is N500,000 and confiscation of  its equipment.

Mr. Oluwafemi said the law does not mention how it will affect owners of existing boreholes in the state.

“We feel provisions in these sections should be clarified properly,” he said.

“Threatening imprisonment for distributing water to meet the needs of the disenfranchised unless this applies only to large corporations like the breweries and bottling companies.

“Or else, it would mean for instance, that a person who gathers water from a stream or tap in his apartment and gives it to family or neighbour in need with go to jail for six months.”

The law has been roundly condemned.

Agnes Sessi, the president of African Women Water, Hygiene and Sanitation Network, said the “draconian” law would cause untold hardship to the people.

“One of our rights as citizens is to live, to have good water to drink, good environment,” said Mrs. Sessi.

“If government has failed to provide water for us, they do not have the right to take away our efforts to provide for ourselves. Do they want us to die?”

Betty Abah, Executive Director of CEE-HOPE, said the very vulnerable in Lagos are currently under threat due to government policies.

“A government is supposed to provide for the people, protect their interests, but we have a government that seems to want to fight the people.”

“The issues are very clear and each time we are confronted with situations like these, we can’t help but ask why government subjects Nigerians to all kinds of misery and difficulties.”

Last week, activists criticised the Lagos lawmakers for a hasty passage of the Bill into law; Mr. Oluwafemi said the 190-page draft was made available to civil society groups on the day of the Public Hearing.

A UN expert had also raised “serious concerns” over the law.

But Tunde Braimoh, the Lagos House of Assembly committee chairman on Information, Strategy and Security, maintained that the Bill passed through due legislative process before its passage.

“There is a process for legislative proceedings, there is a process to pass a bill into law, and I want to say that to all intents and purposes the processes were fully and duly complied with by the Lagos State House of Assembly in the consideration and passage of the Environmental bill to law,” Mr. Braimoh told PREMIUM TIMES on Wednesday.

Mr. Braimoh admitted that there were contentious provisions in the draft Bill but insisted they were removed before passage into law.

“Because we have to manage these things,” he said.

“Everywhere in the world, go to America, you cannot just start digging boreholes. Government has to certify these things. You cannot just say a water is good for you to drink, somebody will allow you to commit suicide. If everybody starts digging boreholes…maybe there’s a sewage tank very close to the borehole, it can contaminate it.

“The truth now is, that aspect has been removed from the bill, it’s not there anymore, you can dig your borehole. If it is for residential use, you are going to dig it for your own house, the government has allowed you. But if you are going to use it for any commercial purpose, maybe for sale or for public premises, then you have to get officials of the Water Corporation. They have to look at the location and approve it for you before you can do it.

“Most of the things that people submitted at the public hearing have been adhered to, most of what they said have been considered. Just that government is not run by sentiments, government is run by courage. Government has to think forward, to make changes, positive changes that can impact on the lives of the people, government cannot be stagnated.

“What we proposed before them was what was on ground, but later so many constructive criticisms, sterling ideas were brought up at the public hearing and we adjusted accordingly.”