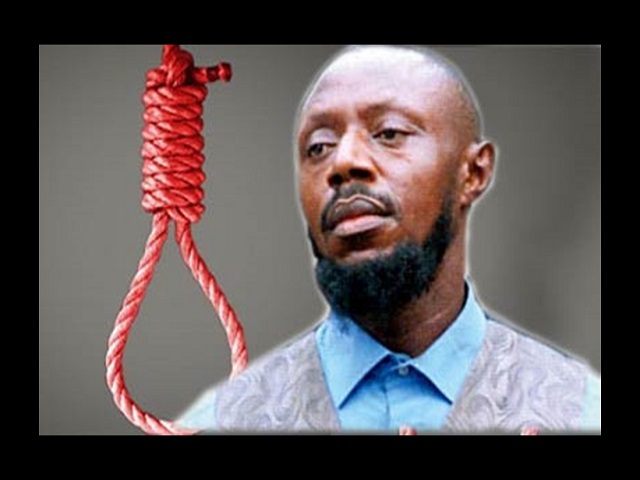 Human rights lawyer, Mr. Femi Falana (SAN), has asked Governor Akinwunmi Ambode of Lagos State to commute the death penalty passed on death row inmates in the state to life imprisonment instead of executing them. Those on death row upon the judgment of the court of Lagos State included the General­Overseer of the Christian Praying Assembly, Chukwuemeka Ezeugo, a.k.a Rev. King.

Falana argued in his letter dated April 19, 2017, and addressed to Governor Ambode that the planned execution of death row inmates in the state would violate a subsisting judgment delivered in 2012 by the High Court of Lagos State which ruled that it was illegal and unconstitutional to execute the condemned inmates.

He reminded the governor that the judgment of the court of the state had held that to hang or subject the death row inmates to firing squad would lead to the violation of their fundamental right to freedom from torture guaranteed by the Constitution. The judgment was said to have been delivered by Justice Mufutau Olokooba of the Lagos State High Court on June 29, 2012.

The Lagos lawyer advised the state government to explore the only available option of commuting the death penalty passed on the inmates to life imprisonment. Falana stated, “On the basis of the valid and subsisting judgment of the Lagos High Court on the illegality of the execution of the death penalty in Lagos State we urge Your Excellency not to sign a death warrant authorising the killing of any condemned prisoner either by hanging, firing squad or any other means whatsoever. “In the circumstance, Your Excellency may wish to commute the death sentences of all condemned prisoners in Lagos State to life imprisonment forthwith.”

The Attorney ­General of the state, Mr. Adeniji Kazeem, was said to have stated at a press conference on Tuesday that unlike previous administrations, Governor Ambode would sign the necessary documents to execute those on death row in the state. Kazeem reportedly said the development was at the instruction of Governor Ambode and that the state had begun reviewing the matter after prison officials complained of the highhandedness of some death row inmates who felt that they had certain rights which excluded them from being executed. But Falana stated that the planned execution would negate the subsisting the court judgment.

Falana stated, “Although many persons have been convicted for armed robbery and murder and sentenced to death by the Lagos State High Court since 1999 your predecessors did not sign death warrants for the execution of any person on death row. “Accordingly, all the convicts on death row have had the death sentences imposed on them commuted to life imprisonment. “It is pertinent to draw the attention of Your Excellency to the case of Ajulu & Ors. V. Attorney­ General of Lagos State (unreported) Suit No: ID/76M/2008 of 29th June 2012 wherein the Lagos State High Court held that while a person who commits murder may be sentenced to death it is illegal and unconstitutional to execute such death sentence by hanging or firing squad as it will lead to the violation of his fundamental right to freedom from torture guaranteed by the Constitution.

According to the learned trial judge, Olokooba J: “…death by hanging and firing squad amounts to a violation of the condemned’s right to dignity of the human person and amount to inhuman and degrading treatment is consequently unconstitutional being violative of section 34(1)(a) of the Constitution of the Federal Republic of Nigeria, 1999. Section 367 of the Criminal Procedure Law of Lagos State and any other Law which provides for hanging and condemned by the neck till he be dead are accordingly declared unconstitutional. Section 1(3) of the Robbery and Firearms (Special Provisions) Act in so far as it seeks to be implemented by the Respondent it is also declared unconstitutional and void.”