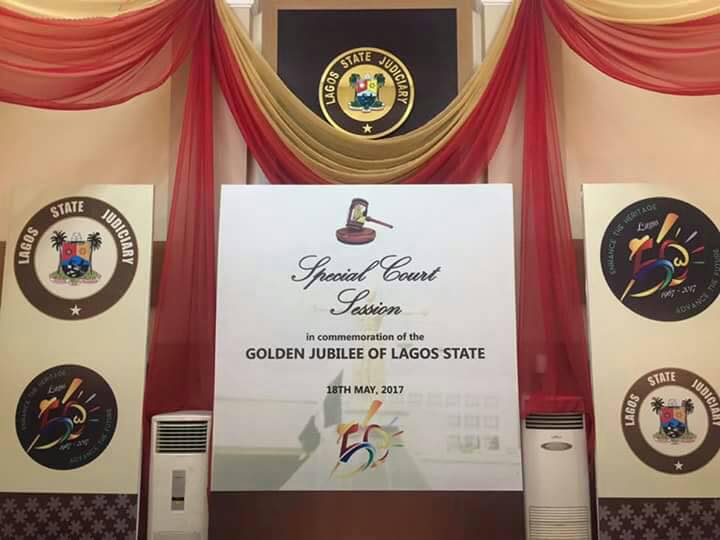 The Lagos State Governor, Mr. Akinwunmi Ambode, has charged the State Judiciary to continue to encourage local and international investors to the State through quick dispensation of justice.

The Governor, who gave the charge on Thursday at an event organised by the State Judiciary to celebrate Lagos@50, said since Lagos is the commercial nerve centre of West Africa and caters for over 20 million people, there bounds to be more litigation that will arise as it affects investors in the State.

The Governor, speaking at the event held at the Lagos High Court Auditorium, Igbosere, through the Secretary to the State Government, Mr Tunji Bello, gave assurance that the present administration will continue to support the State Judiciary with necessary materials to ensure its efficiency and effectiveness.

He commended the past successive leadership of the Judicial Arm in the State for their vision and commitment singling out the efforts of the Vice President of Nigeria, Prof. Femi Osinbajo whose tenure as the State Attorney-General and Commissioner for Justice witnessed the introduction and implementation of great reforms which has improved access to justice.

He said, “As a result of these reforms and commitment of the judiciary to uphold the tenets of the rule of law the State is fast becoming a preferred destination for both local and foreign investors”.

“The ease of doing business index in Lagos State has improved tremendously as a result of the positive perception of our judicial process which guarantees quick and fair settlement of disputes that may arise from business transactions”, the Governor stated.

He noted that the present administration has since its inception continued to build the State into first choice of destination in the tourism industry, stressing that various projects have been embarked on towards achieving this feat.

The Governor explained further that the focus of the State government includes the smart city project, easy connectivity within the city, ease of doing business, encouraging small scale enterprises, helping to build world class business, adding that with all these there is need to have a complimenting judicial system in order to ensure the sustainability of the structures being put in place.

He however noted that the Government is aware that the journey of the judiciary has not been rosy but with the will of the competent leadership the State has enjoyed, progress has been achieved.
“I feel confident with the leadership and present constitution of the judiciary and encourage you to continue to put in your best in service delivery of justice, as you know that justice and order is an undeniable foundation of any civilized society and any lacking of these attributes is bound to fail”, Amobode declared.

In her address, the Chief Judge of Lagos, Justice Olufunmilayo Atilade commended the Governor for his support at ensuring a vibrant judiciary and also congratulated him on the giant strides achieved in making Lagos comfortable for its residents.

The event was graced by the all the Judges on the Lagos Bench, Attorney General and Commissioner for Justice, Mr Adeniji Kazeem, serving and retired Justices and judges including Justice Bode Rhodes-Vivour of the Supreme Court, retired Chief Judge, Justice Omotunde Ilori and Chief Wole Olanipekun (SAN). 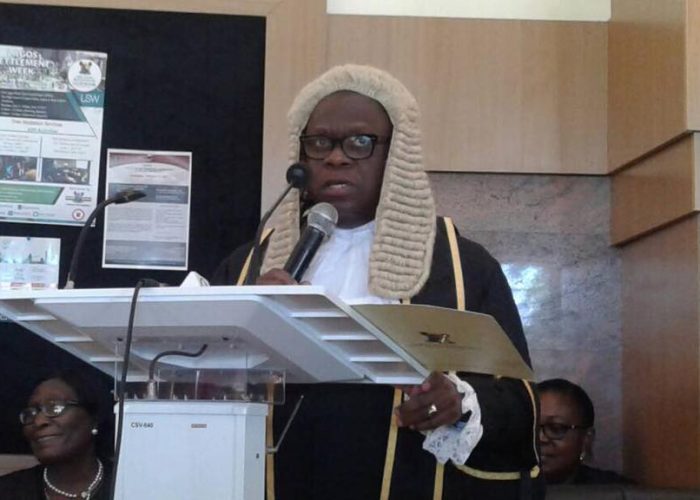 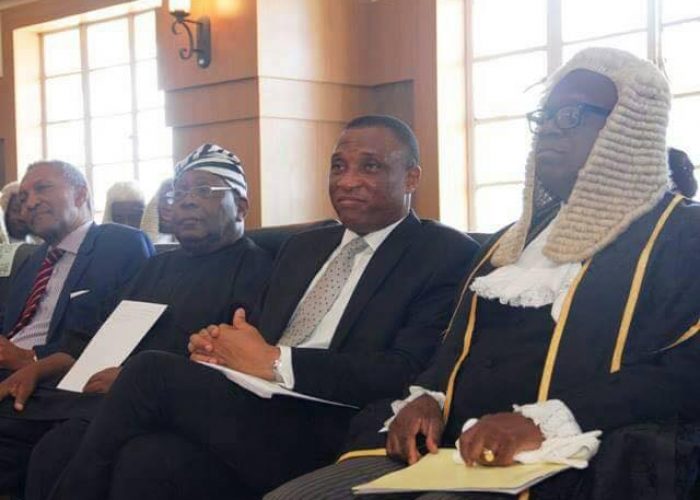 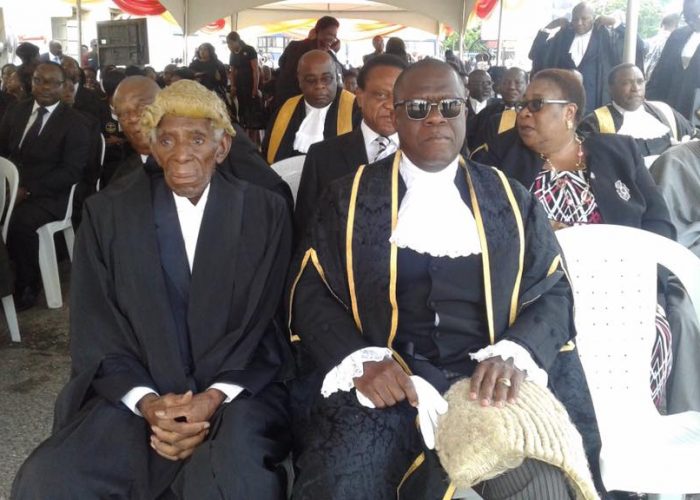 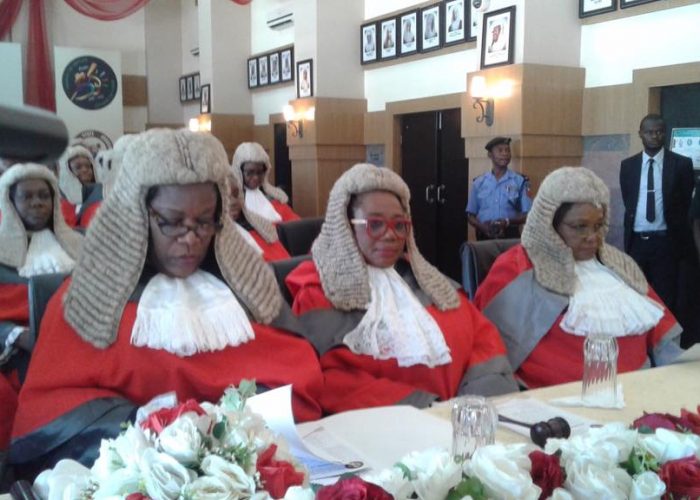 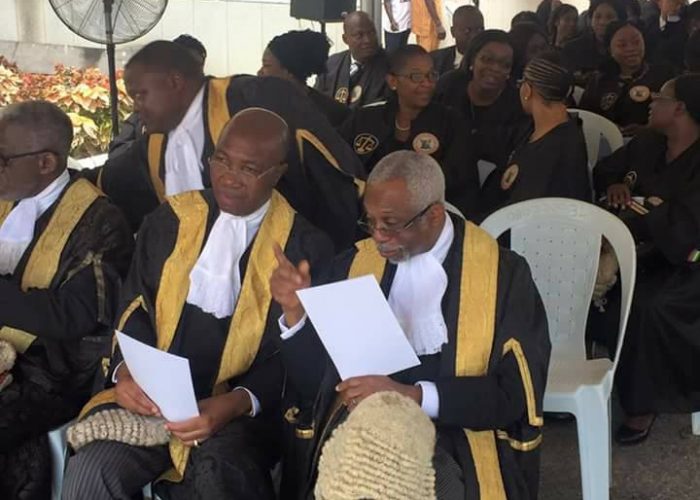 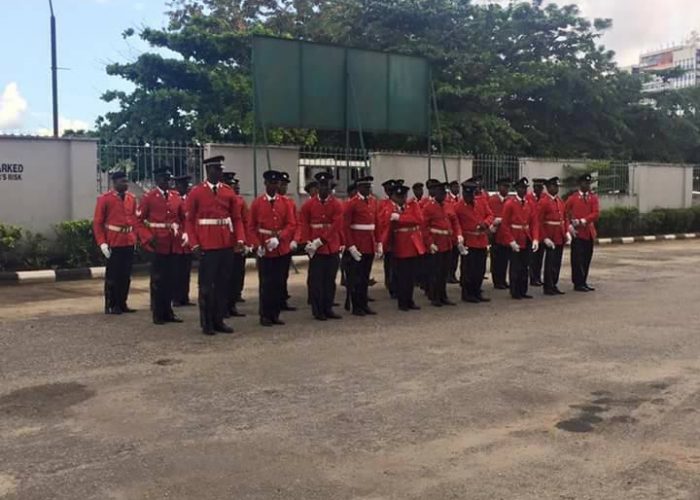 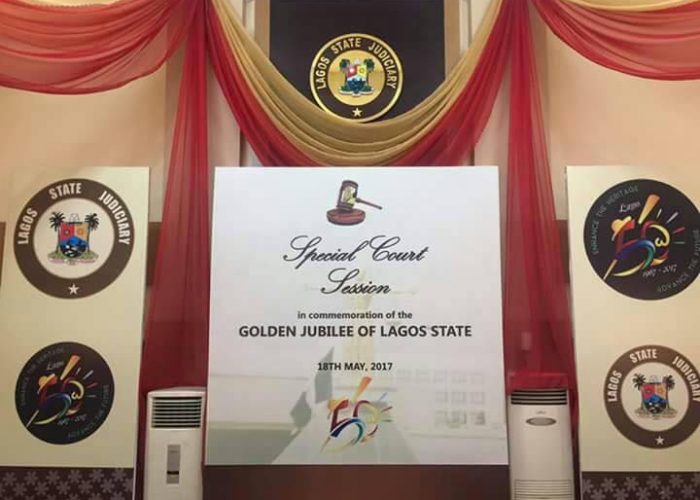