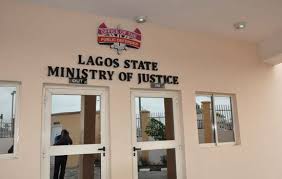 The Lagos State Office of Public Defender, OPD, has won a final victory in a Kene-Okafor’s wrong computation of terminal benefit case that goes back three years against Union Homes Savings and Loans plc.

Not getting positive response to her petition for the Union Homes to reverse the wrong computation which had made her account went into debit because of loan repayment, Okafor approached the Office of the Public Defender to help her prevail on her former employer to do the needful.

After an unfruitful mediation with the bank, OPD had to take the matter to court.

The National Industrial Court, Ikoyi, in a ruling delivered by Justice K.I Amadi on the matter, granted the claim of Mrs. Ken-Okafor and dismissed the defense of Union Homes Savings and Loans.

The Court held that Mrs. Kene-Okafor’s gratuity was wrongly calculated because the defendant relied on Article 13 of the company’s handbook to calculate her pension, but the section merely deals with entitlement to pension and no more.

The Court, therefore, ordered the bank to pay the outstanding gratuity due the claimant, in addition to the accrued interest on the debit balance during the period to offset the balance of the loan with the interest accrued from the gratuity.

The defendant was also ordered to pay the claimant Fifty Thousand Naira as costs.