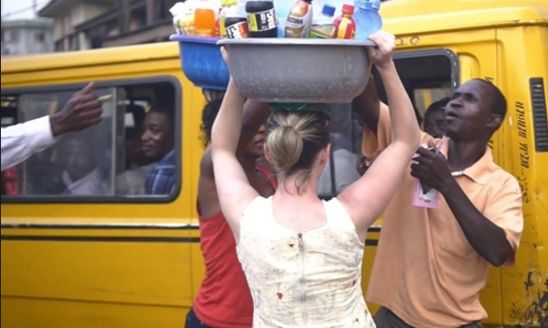 Officials of the Lagos State Environmental Sanitation Corps Agency (LASECORPS) have arrested six motorists at the Ikeja Along end of the Lagos-Abeokuta Expressway for allegedly buying goods in the traffic.

The PUNCH learnt that four passengers and nine hawkers were also apprehended during the operation, which was carried out on Thursday.

They were accused of breaching the environmental law and brought before a magistrate, Mr. Olayiwola Ogundare of the Ogba Magistrate’s Court, who sentenced them to three months’ imprisonment each.

Ogundare, however, gave the accused an option of N10,000 fine each, adding that each of the motorists should pay additional N20,000 fine into the state coffers.

The Head of Public Affairs Unit for LASECORPS, Rahmat Alabi, said the arrest was in line with the Environmental Sanitation Law, 2015.

She said the Corps Marshal of the agency, CSP Bola Jimoh (retd.), stated that LASECORPS was determined to fight the menace of highway hawking.

“The corps marshal believes that the enforcement of the Environmental Sanitation Law, 2015 that makes both buyers and sellers liable, will send the expected signal and halt the prevalence of the illegal highway hawking and street trading in the metropolis. If there are no buyers, there will be no sellers,” she said.

Governors to Meet Over Judiciary Workers’ Strike, Others