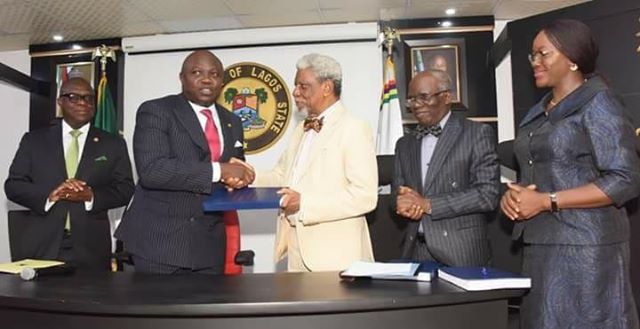 Elder Statesman and former Federal Commissioner for Works and Housing, Alhaji Olufemi Okunnu, SAN on Tuesday expressed sadness over the current status of the Federal Secretariat in Lagos and other abandoned and surplus assets of the Federal Government in the State, urging that the assets be returned to the State Government for effective and proper usage.

Okunnu, who is a Senior Advocate of Nigeria ‘SAN’, spoke at Lagos House in Ikeja while presenting the report of a Special Committee which he chaired, set up by Governor Akinwunmi Ambode on Federal Government Assets in the State.

He said the whole of Ikoyi, Banana Island, Osborne Foreshore, Festac Town, Satellite Town, Trade Fair, among others belonged to Lagos State Government, and title of the lands were vested in the Governor of the State, urging the Federal Government to handover the assets to the State Government.

Okunnu said the issue of Federal Secretariat in Ikoyi was particularly saddening to him for the fact that it was during his tenure as Federal Commissioner for Works that the structure was constructed.

“Federal Secretariat gives me sadness because I built it when I was the Federal Commissioner for Works. The land upon which the secretariat is situated is part of the Crown land now State land. The title is vested in Lagos State but when he was Governor of Lagos State, Brigadier General Omobola Johnson (Rtd) agreed to release that land to Federal Government when they wanted to build Federal Secretariat.”

“Today, I don’t like to pass through that side because it gives me sadness anytime I see it in the current state.”

“It is not only the quarters but the land on which many of these buildings in the areas are situate. In our Committee, We have tried to argue that the whole of Ikoyi with the boundary at Lagos Canal standing between Ikoyi Island and Lagos Island, title to the whole of the Island is vested in the government of Lagos State when Lagos became Crown Colony. The whole of Ikoyi including Osborn Foreshore, Banana Island, and others belong to the State Government,” Okunnu said.

Going down memory lane, Okunnu said the title to the whole of Festac Town was vested in the Government of Lagos State and that the Federal Housing Authority (FHA) remained the tenant of the State Government, same as Trade Fair.

He said during the course of the Committee findings, several government agencies were contacted including Federal Ministry of Works, Power and Housing, as well as Ministry of Defence, among others, expressing optimism that the State Government and the Federal Government would find a lasting solution to the issue.

Responding after receiving the report, Governor Ambode commended members of the Committee which Included human rights activist, Femi Falana SAN; Simmons Cooper partner, Mrs. Victoria Alonge and Permanent Secretary, Lagos State Lands Bureau, Olabode Agoro among others, for the painstaking efforts put into the report, saying that their passion in ensuring that the State Government recovers its lands, buildings as well as disputed quarters were very much appreciated.

He said the report came at a time when the State Government was in dire need of space for developmental projects that would improve the socio-economic wellbeing of its residents in line with the realities of present times, adding that such projects, when embarked upon, would help to reflate the economy and improve the GDP of the State.

He said: “It is our hope that this initiative will put an end to the long-standing dispute between Federal and Lagos State Governments over the Federal Government disused lands and buildings and disputed quarters in various parts of the State which are no longer in use for the purposes for which they were originally released to the Federal Government.”

“We are hopeful that this report will get favorable response from the Federal Government especially given the fact that the Honourable Minister of Works, Power and Housing, Mr Babatunde Fashola (SAN) was a passionate advocate of this issue during his tenure as the Governor of Lagos State and is also now a representative of Lagos State in the Federal Cabinet.”

Besides, Governor Ambode directed members of the Committee to move further by mediating between the State and the Federal Government on how the assets would be released to Lagos State. 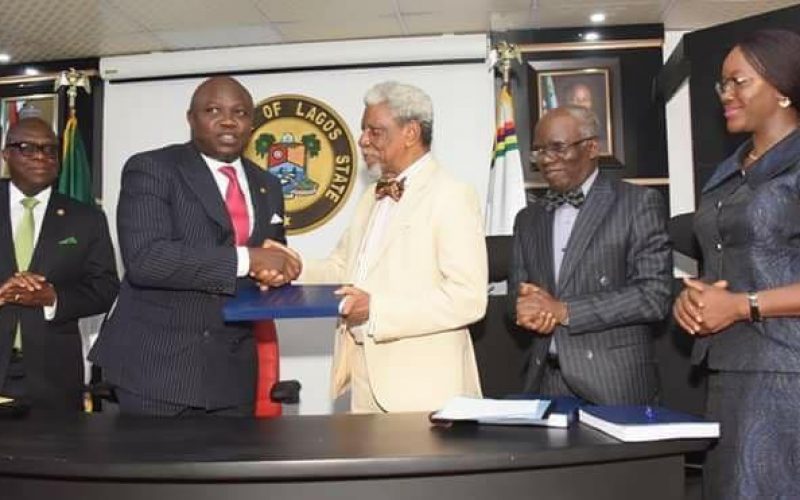 Lagos to Take over Festac etc3 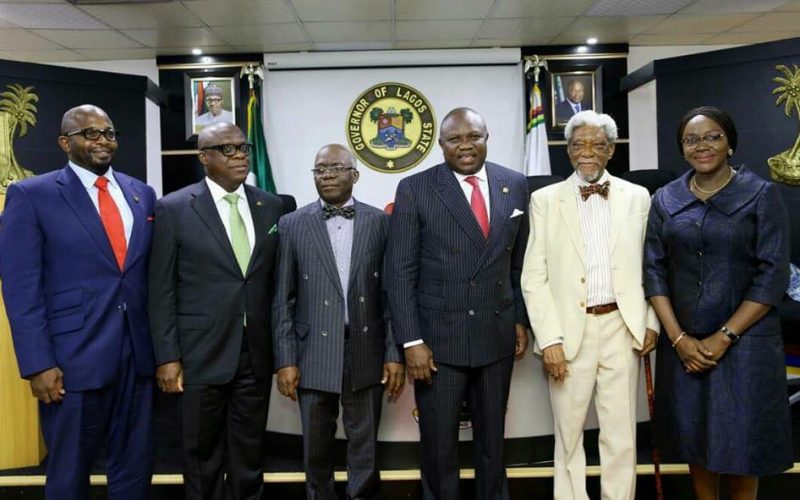 Lagos to Take over Festac etc2 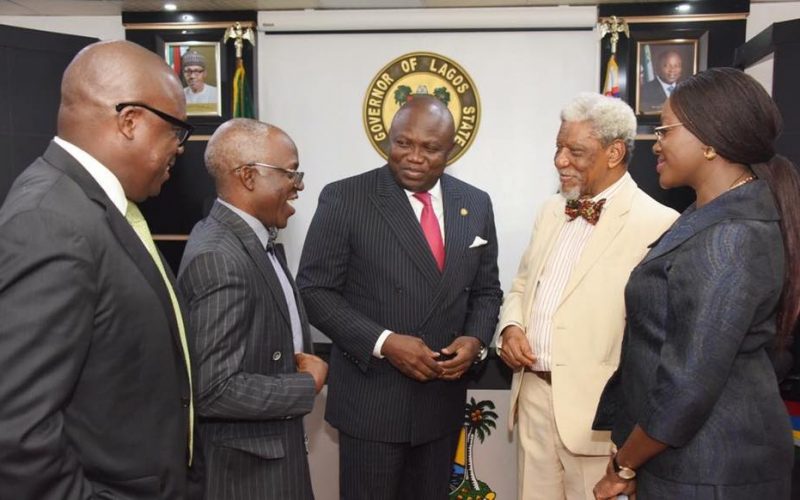 Lagos to Take over Festac etc1 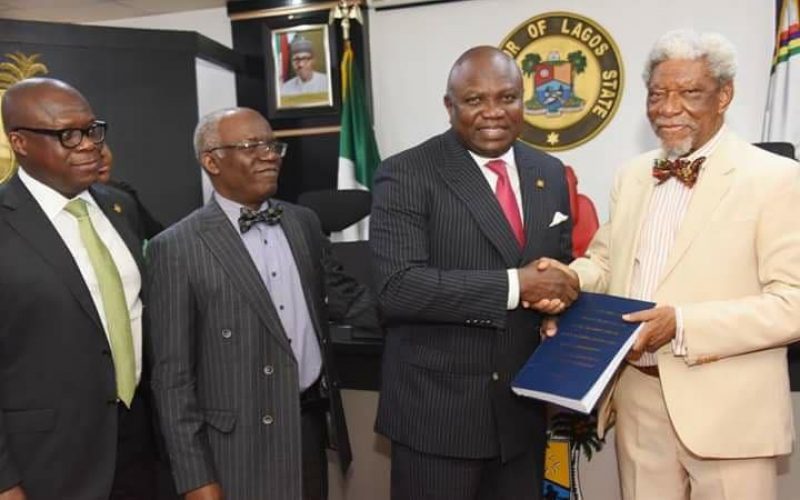 Lagos to Take over Festac etc 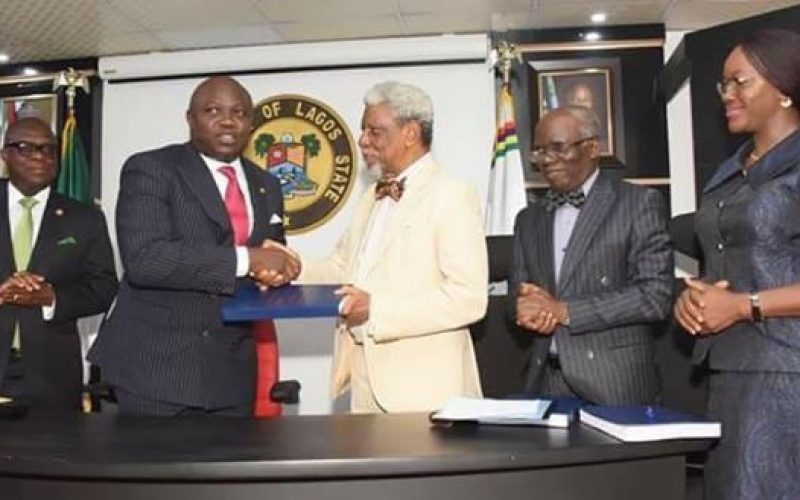 Lagos to Take over Festac etc.