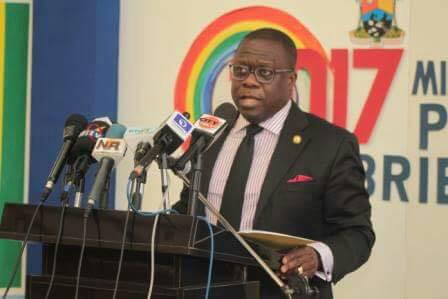 Lagos State government has restated its stance on seamless administration of justice to every resident of the State, assuring that law and order as well as security are major focal points of Akinwunmi Ambode’ administration.

This was disclosed on Tuesday by the State’s Attorney General and Commissioner for Justice, Mr. Adeniji Kazeem at Bagauda Kaltho Press Centre, Alausa during the Ministerial Press Briefing of the Ministry of Justice in commemoration of the second year in Office of the Lagos State Governor, Mr. Akinwunmi Ambode.

The Attorney-General said a DNA Forensic Centre will be commissioned as part of the Lagos @ 50 activities to help government eliminate cases where criminals escape justice due to non-availability of facilities to conduct forensic tests and keep records.

Kazeem, who debunked the insinuation that the new environmental protection and management law is anti-masses and a mere tool of revenue generation, explained that the environmental law is meant to ensure cleaner environment and public health safety in the State.

He further clarified that the State is not imposing tax on drilling of boreholes for household use, but for those involved in commercial sale of water.

Commenting on removal of plate number from vehicles that are found violating environmental law, the Commissioner explained that the State is adopting this approach as against the previous policy of towing vehicles without the knowledge of the owners.

He therefore maintained that the approach is better as it allows people to trace and retrieve their plate numbers with the stickers left on the vehicles by the enforcement officials and allow people to continue to use their vehicles since they are not towed away.

Kazeem said, “When you are putting forward change, it is bound to generate a lot of interest”, maintaining that ignorance is not an excuse under the law and therefore advised Lagosians to acquaint themselves with the State’s Environmental law which has also been translated into Yoruba language.

AG and his Team at the Briefing 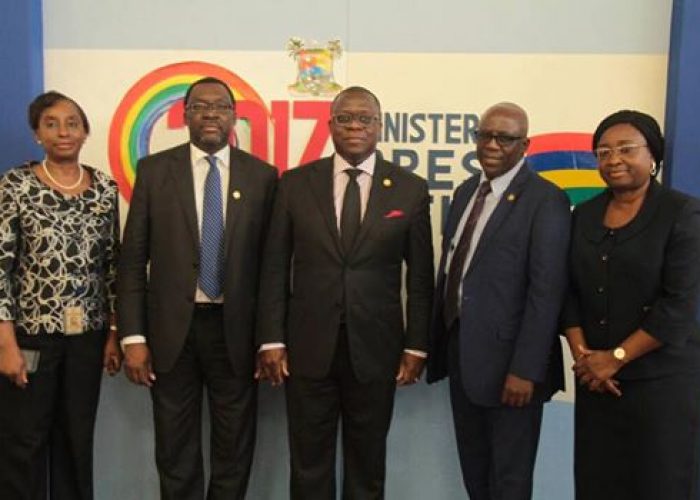 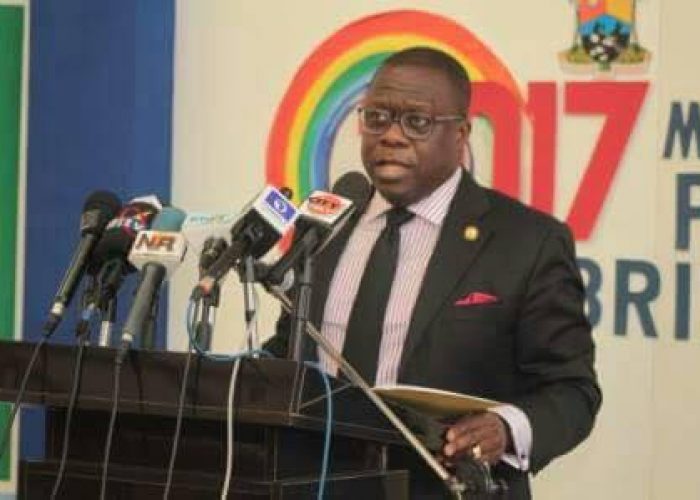 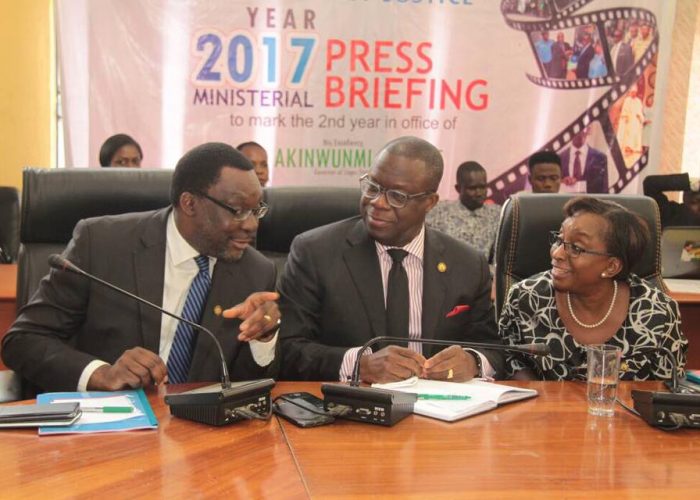 I Can’t see You in Chambers, Judge Tells Fani-Kayode’s Lawyer