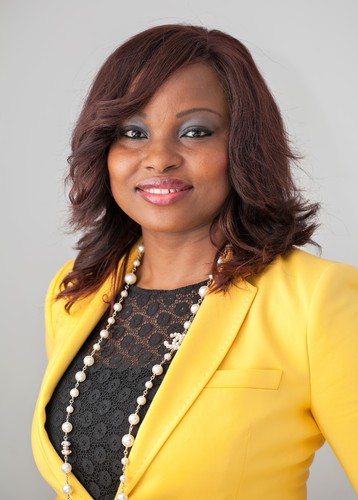 The Nigerian Bar Association Section on Business School has announced the death of one of its members, Ms. Oyintare Edith Yeri.

In a publication announcing the demise of the lawyer, the NBA-SBL wrote:

“It is with a VERY heavy heart and a deep sense of personal loss that I write to inform you of the passing away of our dear friend and colleague – Ms. Oyintare Edith Yeri, which sad event occurred in California, USA on Saturday the 22nd of April, 2017.

‘Tare, as she was fondly called, was a long-standing, active and extremely committed member of the SBL who served in various capacities, under every Council of the Section since its inception, and contributed immensely to its growth and development.

None of us will forget the critical roles ‘Tare played in the planning of virtually all ten editions of our annual Business Law Conference. Indeed, prior to her untimely demise, she was deeply involved in the planning of the 11th edition (coming up in June this year) as a member of the CPC and of course, in what had become her traditional role, as Chairperson of the Venues & Accommodation Sub-Committee.

To say that we are devastated will be putting it very, very mildly. We will however try to seek solace in the beautiful person that ‘Tare was, in and out, and the selfless life she lived – a life that was devoted to God and to others.

As a body, we will be fully involved in the obsequies and other activities that will be held to mark ‘Tare’s passing albeit we will be guided by the arrangements to be announced by her family.

With the amount of tribute pouring out from friends, colleagues and well-wishers, no doubt Tare was a rare gem. In a memorial website created by her friends and family, Tare was described in the following words:

“Tare is a brilliant lawyer who committed her life to Youth Empowerment and Mentorship, for the short span that she lived on earth.

We will forever love her and remember the motto. “The Hero Lies in You to Become”.

Tare’s Vision that “If each one reaches out to one, the children in the Niger Delta communities will grow to be like you and me tomorrow”’ resonates…

TARE, passionate believer in a greater future for children and youths LIVE ON… in your good works!”

To pay tribute to Tare, you can visit: www.forevermissed.com

Tare’s burial arrangement as announced by his family is set out below:

Our most sincere sympathy goes to the family, friends, colleagues and all who are left to mourn this glowing candle cut down in its prime.

Body of Senior Advocates of Nigeria Holds First Ever Dinner

Photos: Participants at the 2017 Induction Course for Judges and...