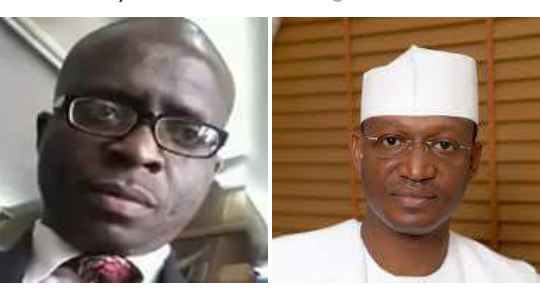 Nwafili Mark Okwuosa Esq, a private legal practitioner based in Onitsha, Anambra State has filed another suit challenging the Federal Government’s sponsorship of muslim pilgrims to Hajj and seeking the abolishment  of the National Hajj Commission of Nigeria (NAHCON).

In a Suit with No- FHC/CS/AWK/112/2017; Nwafili Okwuosa Esq vs Attorney -General & Minister of Justice, Federal Republic of Nigeria & National Hajj Commission of Nigeria (NAHCON), filed at the Federal High Court Awka, Anambra State, Nwafili is seeking the following reliefs:

Highlighting the provisions of the 1999 Constitution (as amended) which supports the case, Jose Mourinho Ifeanyi Agwuncha stated thus:

Section 10 of the 1999 Constitution (as amended) forbids state religion. When construed in deference to the USA legal regime on all fours with our laws on this it simply entails the State should have nothing to do with religion in whatever guise.

Section 3(1) of the NAHCON Act provides that the Commission shall comprise representatives of these – Aviation, Foreign Affairs, Internal Affairs, Finance, Health and representative of the Central Bank of Nigeria.

Sections 9(2) &(4) of the NAHCON Act provides for emoluments of staff as determined by the Commission and staff may be accepted by transfer, secondment or deployment from any public service of the Federal, State or Local Government approved establishments.

Section 4(1)(a) -(k) of the NAHCON Act provides that the Commission which depends on public funds shall pay its staff, perform its functions, provide accommodation, transportation, establish and manage camp as well as provide other related services and equipment for Islamic pilgrims.

Section 22 of the NAHCON Act provides that not only shall the State Government willy-nilly contribute public funds to the NAHCON, but also that the latter could go on to claim and have the FG set off any unpaid charge as a first line charge against the revenue accruable to any state of the Federation which fails to surrender public funds under her custody to NAHCON so that a handful of Muslim faithfuls could fulfil their personal religious obligations.