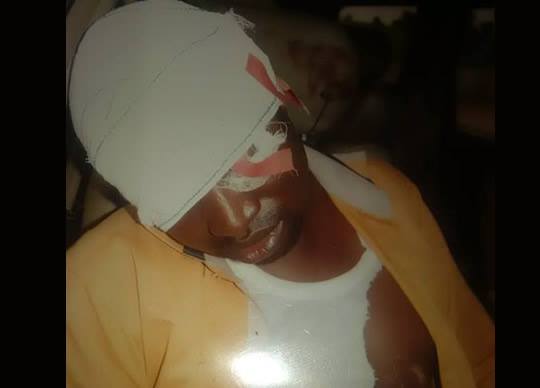 Barr. Sunny Ekwe, An Ovorie Ethiope East LGA of Delta State based lawyer was beaten by about 5 soldiers attached to the 222 Battalion, Agarha-Otor, Ughelli-North Local Government Area of Delta State and left  to die after they fractured his spinal cord.

According to an eye witness the incident happened the 11th of March 2017 at about 7pm when Bar. Ekwe went to visit a relative at the Okpara waterside. It was reported that as he was about to leave a young boy demanded he should follow him to meet some other boys seated in a distance that was a bit dark. In the process of resisting the boy, the boy called the other four guys who descended on the lawyer and subjected him to the most crudest humiliation and brutality ever and only abandoned him to die in a close dried up drain. Because of the atrocities of the boys in the area no body in the community could intervene as they are young soldiers.

It was gathered that the soldiers afterwards dumped him in a gutter, where they  left him to bleed to death.

Ekwe’s close friend, Mr. Omes Ogedengbe, who confirmed the incident on Sunday, said the victim also sustain injures in his head and was lying critically ill at undisclosed hospital.

Ogedengbe, a lawyer and the National Coordinator, Conference for the Actualisation of Human Rights, called on the Nigerian Army to ensure that justice was served in the case.