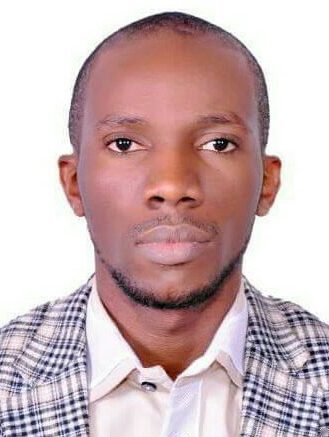 Nigerian Lawyer and human right crusader Mr.  Inibehe Effiong has been suspended by the African Church in Eket, Akwa Ibom State for leading a protest  in Uyo, Akwa Ibom State capital against the construction of a second governor’s lodge in Lagos State by the Udom Emmanuel Administration. Also suspended are all Christians who participated in the protest.

In a letter signed by Rev. Richard Peter, Chairman in Council of The African Church, St Paul’s Parish Uyo Central Diocese,the church renounced Mr. Inibehe Effiong and severed all communication with him until he proves beyond reasonable doubt that he is remorseful of his action by tendering an unreserved apology within 30 days to the Governor of the State. They also called on the Christian Association of Nigeria (CAN) to investigate Inibehe Effiong  and all Christians that participated in the protest and have them suspended

The letter is attached:

In a swift reaction, to the letter of suspension, a group under the aegis of Akwa Ibom Conscience condemned the said suspension  calling on the leadership and members of the African Church in Nigeria and Akwa Ibom State to urgently rid the church of criminals and criminality.

The press release below:

The attention of Akwa Ibom Conscience has been drawn to a scandalous, nauseating and utterly despicable letter by a supposed Reverend of the African Church in Eket, Akwa Ibom State by name Richard Peters, whereof the author purports to have “suspended” our Convener, Inibehe Effiong and other indigenes of Akwa Ibom State who participated in Monday’s mass protest in Uyo against the construction of a second governor’s lodge in Lagos.

Ordinarily, we would have completely ignored the frivolous and senseless letter but we are tempted to clarify certain insinuations which have been created by the ungodly letter and the disclaimer credited to the Bishop of the Uyo Diocese of the African Church, The Rt. Rev’d James O. Bamidele.

First, our Convener, Inibehe Effiong, is not and has never been a member nor worshipper of the African Church. He has NEVER attended the Church in his life and has NEVER met the said Richard Peters.

Sometime in December 2016, the attention seeking Reverend approached Inibehe Effiong and informed him that his Church and his Bishop had taken a decision to honour him with an Award, in recognition of his outstanding human rights and humanitarian activities and advocacy.

As a condition for the award, Richard Peters told Inibehe Effiong that he needed to give money to the Church in “appreciation” for and during the conferment of the award in Church.

Embarrassed, shocked and incensed by the persistent demands for financial gratification, Inibehe Effiong rejected the award. The so-called Reverend in an interview with Premium Times later admitted that he demanded money from the human rights lawyer which he tagged as a request for “small assistance to the church”.

Only recently, this same felon, Richard Peters, masquerading shamelessly as a priest of God, declared publicly on social media while reacting to Effiong’s statement on the changes effected by the Inspector General of Police in the Akwa Ibom State Police Command, that if he had his way, he would “SILENT” people like Inibehe Effiong. He obviously meant that he would kill Effiong if he had his way.

It is also on record that the same “Reverend” Peters, recently declared that anyone who criticises governor Udom Emmanuel deserves to be stoned to death. This was equally reported by Premium Times.

Apart from the aforementioned serial criminal, immoral and ungodly infractions, Richard Peters is notorious for harassing people on social media for money and gifts, making fake and senseless political “prophesies”, and so on.

This same man publicly and falsely announced on Facebook on 1st April that President Buhari had appointed him as his Special Adviser on “Religious Matter”, only to later publish on the same Facebook that there were rumours of his appointment by the President for the said position.

We are aware that his Bishop, Rt. Rev’d James O. Bamidele is aware of the atrocious actions of this felon but has consistently protected and aided him. The Bishop is the one who usually confers the frequent monetised Awards spearheaded by Richard Peters.

We take strong exception to the part of the statement by the Bishop where he stated that “no decision has been taken by the Bishop, or the Diocesan council against the said Barr. Inibehe Effiong and other worshippers of the Church”. We also reject as baseless the part of the Bishop’s statement where he said that “The said suspension is not binding on Barr. Inibehe Effiong or any other worshipper of the church for that matter.”

For emphasis, Inibehe Effiong is neither a member, worshipper nor friend of the African Church and should not be falsely associated with it. Therefore, the idea of suspending him and other protesters does not arise.

We call on the leadership and members of the African Church in Nigeria and Akwa Ibom State to urgently rid the church of criminals and criminality. It is not enough for them to issue disclaimers.

The public and the Christian community, are waiting to see decisive disciplinary actions meted out to Richard Peters; who recently applied for enlistment into the Nigeria Navy as a Chaplain and lied about his age and marital status in his Application.

We restate our total opposition to the construction of a second Akwa Ibom Governor’s Lodge in Lagos State. We shall never be distracted by satanic machinations of criminal elements.

Akwa Ibom State House of Assembly has recently come under heavy criticism by its indigenes for approving N9.1 billion for  building a lodge in Lagos State.