Home NBA News Lawyers Commiserate with NBA Bauchi on the Demise of B. V.... 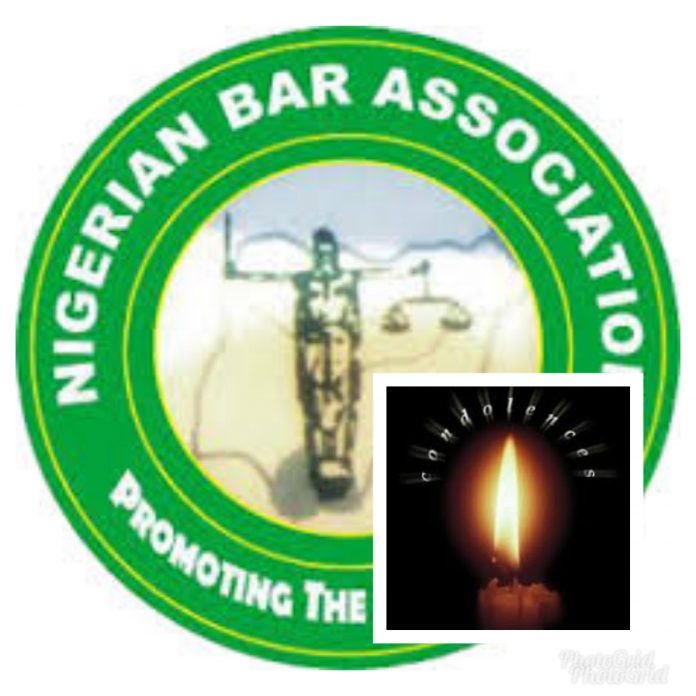 Members of the Nigerian Bar Association have extended their condolences to the NBA Bauchi branch over the death of its Vice Chairman who died in an auto crash on his way from the Court of Appeal Jos.

The immediate past secretary of the Branch, Mr. D.G.Hassan Esq described Dalbadal’s  death as a great loss to the branch. According to him, Mr. B V. Dalbadal was a very dedicated and hardworking colleague.

Chief Arthur Obi-Okafor SAN who described the late bar man as a resourceful and respected member of the legal profession expressed his condolence to  members of the NBA Bauchi branch as well as the family of the deceased.

My sincere condolences go to members of the Nigerian Bar Association, Bauchi branch and the family of late B. V. Dalbadal, Esq, the Vice Chairman of the branch who died in a ghastly automobile accident on his way back from Court of Appeal, Jos on Tuesday.

The late Dalbadal was resourceful and respected member of the legal profession. His untimely death has dealt a great blow to the association, as it occurred some few days after the demise of another active Bar man in the person of V.O. Grant.

My prayerful thoughts are with members of the branch and his family in this dark period and I pray the Almighty to see them through.

For Mazi Afam Osigwe, the death of Dalbadal is a great loss to humanity;

It is with a heavy heart that the entire Bar community and i, in particular, received the sad news of the passing of Mr. B.V. Dalbadal, the past Vice Chairman Nigerian Bar Association Bauchi Branch. His passing is a painful loss to humanity and the Bar, but surely a pleasure to our Lord who has found it timely to call him home at this time.

It is my prayer that he is resting in the Lord peacefully.

I extend my condolence to his family, Nigerian Bar Association Bauchi Branch and the entire Bar across the nation.

May the souls of all other members who have left us before now, rest in perfect peace.

Count Down to the #NBA2017AGC: The NBA Re-Ignites Lawyers’ Passion as...