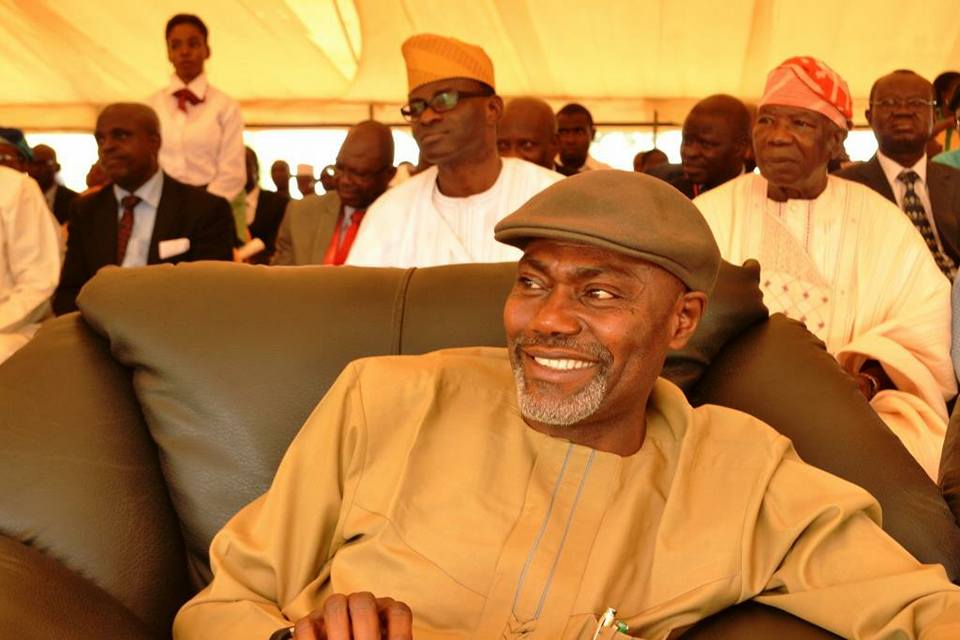 Mallam Yusuf Olaolu Ali, SAN was called to the Nigerian Bar in 1983 and has has been in active legal practice for over three decades.

He started his early education in a local Quranic school before proceeding to a formal school in 1960. He obtained his School Certificate with Grade1 from Boys High School, Ibadan and proceeded to study law at the University of Ife where he graduated with 2nd Class Upper Division in 1982. He was winner of the prestigious Federal Merit Award for undergraduates and a University Scholar while an undergraduate at Ife. He attended the Nigerian Law School, where he also passed with a 2nd Class Upper Division. About a decade after graduation, precisely in 1991, he obtained an LLM from his alma mater. In 1989 he became a Notary Public and in 1997 he was conferred with the prestigious title of Senior Advocate of Nigeria (SAN).

Yusuf Ali worked briefly as a clerical officer in the old Oyo Sate Ministry of Finance as a tax officer posted to Igboora in 1977 shortly before he gained admission to the higher institution. After his call to bar, he joined the law Firm of Adegboyega Awomolo & Co in 1983 and rose to become a partner in the firm. In June 1994 he left the firm to establish his own law firm. He is the Principal Partner of Yusuf O. Ali & Co, Ghalib Chambers, a law firm with head office in Ilorin and branches in Lagos and Abuja.

Yusuf Ali SAN has also served and is still serving on boards of many Companies and Institutions. He was the Chairman Kwara State Law Reform Committee. He is a member of the Board of Trustee of Al-Hikmah University Ilorin. He is the Chairman Council of Public Defenders Kwara state. He is the Chairman Board of Directors Apex Microfinance Bank Ltd.

He  held and still holds many professional offices including: Sole Judge of the Kwara State Local Government Election Petition Tribunal 1996; Member Kwara State Local Government Election Appeal Tribunal 1997; Life Member, Body of Benchers; Member National Executive Committee, Nigerian Bar Association; Former Chairman and Editor-in-Chief of Nigerian Bar Journal; Former  Chairman of the NBA Committee on the Rule Of Law; Pioneer Chairman, Nigerian Bar Association Section on Legal Practice (SLP); Pioneer  Chairman of the  NBA Anti-corruption Commission; News Letter Editor International Bar Association Committee on Damages and Negligence; Member of Council, Commonwealth Lawyers Association; Member Legal Practitioners Disciplinary Committee of the Body of Benchers; He is the Vice Chairman of the International Bar Association committee on Damages and Negligence; He is a member of the NBA Ilorin Council of Elders; He was co-opted into the Council of the University of Ilorin in 1995 to probe the bursary of that university; He is a member of the Board of Trustees of the ILORIN Central Mosque and Chairman Alanu Trust Fund of the University of Ilorin Teaching Hospital.

Mr. Yusuf Ali SAN is an Associate Lecturer, at the Faculty of Law, University of Ilorin. He has delivered more than Two Hundred papers on different topics at various forums, including; the International Bar Association Conferences, Commonwealth Law Association conferences , Annual Conferences of the Nigerian Bar Association, among others.

He has contributed more than 17  Chapters to various legal books  and has to his credit more than 40  published learned articles in learned journals in the field of litigation, Commercial Law,  jurisprudence , practice and procedure, constitutional law  in local and international  law journals. He has recently published the book “Anatomy of corruption in Nigeria”.

Yusuf Ali has been conferred with several honours within and outside of Nigeria. Some of his awards includes: Lifetime Achievement Award by the Governing Board of Editors of the American Biographical Institute; West Africa International Golden Award for Excellence in Enterprise; Award of Excellence as a Doyen of Legal Luminary in Nigeria by Nigerian  Vogue; Kwame Nkrumah Leadership Award of 2010 Africa Legal Icon by All Africa Students’ Union; Award by the NBA Women  Forum for Immense Contribution and Activities to the Forum; Police Friendly Award 2009 by the KWARA State Police  Command; Kwame Nkrumah Leadership Award on Education Per Excellence/Icon of Societal Development by the West African Students’ Union; Commander of Great IFE , (COI) by the OBAFEMI Awolowo university national Alumni; Honorary Degree of Doctor Of Letters (Honoris Causa) of Al HIKMA University . Mallam Yusuf has over one hundred 100 awards.

He has also donated a well equipped patrol van and units of motorcycles to the Kwara State police command amongst other individual charities such as award of scholarships to indigent students in secondary and tertiary institutions both in Nigeria and outside, provision of wells and boreholes to communities, medical financial assistance to patients both within the country and outside and the development of literary awareness in secondary schools all over the country by entering into an annual sponsorship with the Association of Nigerian Authors.

Yusuf Ali SAN is a devout Muslim and a model father. He lost his wife in 2004 and has played the role of a father and mother well. He is blessed with four children and two grand children. 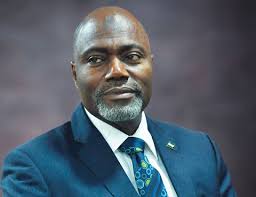 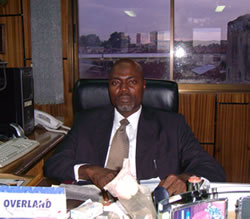 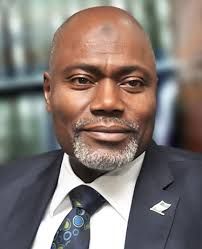 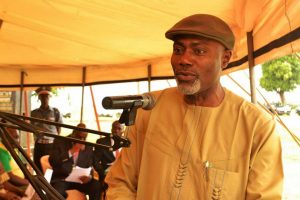 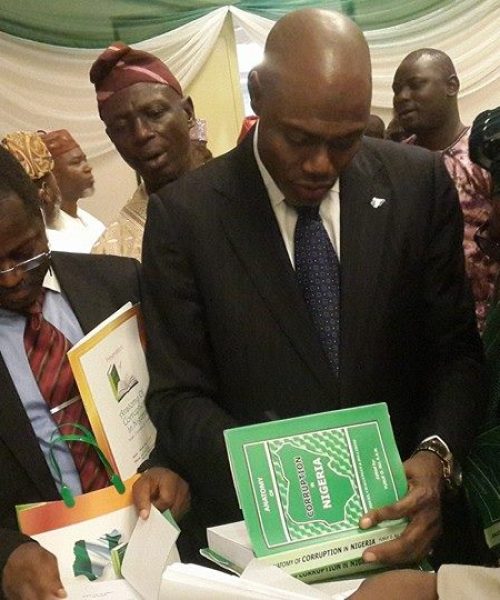 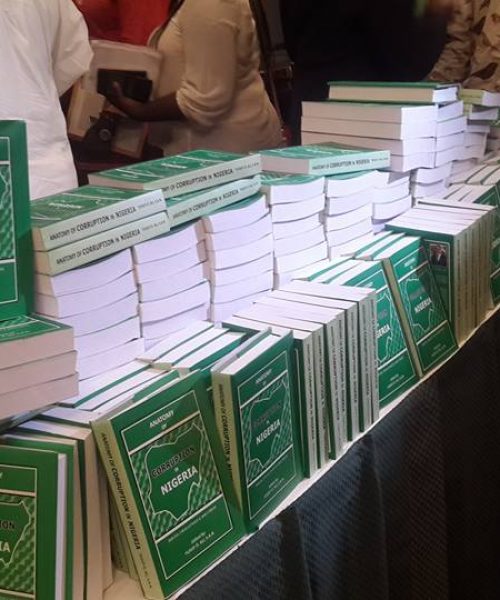 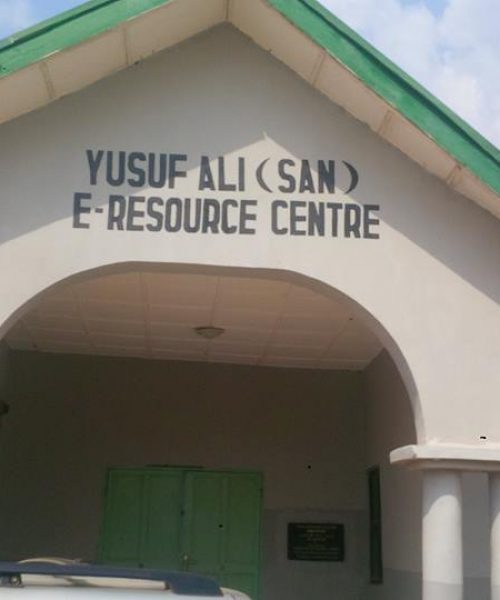 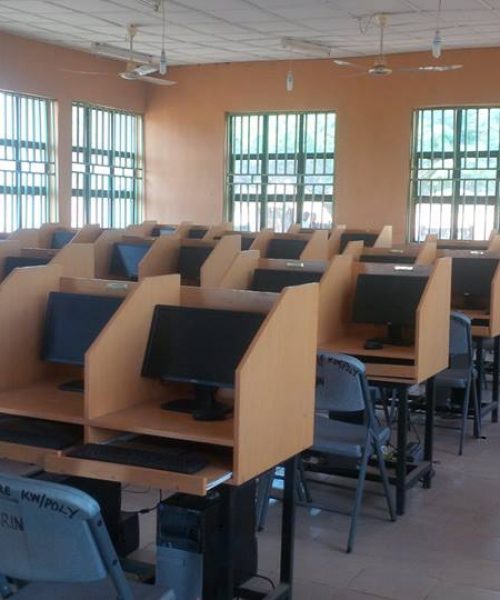