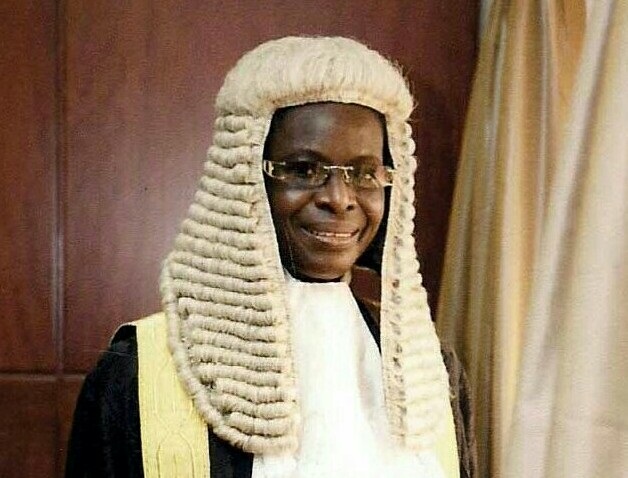 Mrs. Anthonia Titilola Akinlawon SAN is a consummate advocate of great repute and one of the few female senior advocates of Nigeria.

Born in Lagos, She had her Primary Education at the African Church Princess Girls School at Abule-Oja, Yaba, Lagos between 1965 and 1970. In 1971, She proceeded to Egbado College in Ilaro, Ogun State for her Secondary Education. She Later, moved to Methodist Girls High School and obtained her Higher School Certificate in 1977.  She proceeded to the University of Lagos, Akoka, Lagos to study law and obtained her LLB in 1980. She then attended the Nigerian Law School for her bar qualifying exams in the same year and was called to the Nigerian Bar on the 11th of July, 1981. She also obtained her LLM from the University of Lagos 1983 and was elevated to the rank of a Senior Advocate in August, 2011 (although backdated to 2010)

Mrs. Akinlawon SAN began her career as a lecturer in Law at the Kwara State College of Technology where she was deployed for her one year compulsory  National Youth Service. She was also a Pupil Counsel in the firm of Wole Olanipekun & Co between 1981 and 1982. In June 1982 she joined the Law Firm of M.I. Jegede & Co as an associate and rose to become a Partner in the Firm in 1997. Mrs. Akinlawon SAN  disengaged from the law firm of M.I Jegede & Co in March 2001 to set up the Law Firm of Akinlawon & Ajomo in partnership with Mr. Ibukunoluwa Ajomo.  The law firm is specialized in Litigation firm,

As a specialist in Litigation, she has handled matters in various areas of law ranging from Labour Law to International Law, Family Law, Commercial Law, Taxation, Contract, Land Law and Election Petition in various court hierarchy in Nigeria .

She has presented several papers at several Nigeria Bar Association Conferences from “Rights of Women and Children” to “Future of Legal practice in Nigeria in the 21st Century”, “Review of Adoption Laws in Nigeria”, “Legalism of same sex marriage” amongst others. She also has some publications to her credit, including: Divorce Law in Nigeria, A Legal Practitioner’s Viewpoint’ being a chapter in the book ‘Right of Women and Children in Divorce’ Edited by Ajayi & Toyin Ipaye and published by (Friedrich Ebert Foundation) in September 1996; Supreme Court Conundrum: Review of the Supreme Court Decision in Owena Bank V. SCC/NSC;” Published in Quarterly Review of Politics Economics & Society Vol. 1 No 2 in December 1997; Taxing Powers in Nigeria – Time for a new approach, Modern Practice Journal of Finance & Investment Law – April 1999 and Synopsis of a Public Lecture on Wills and Succession Titled: “Speaking from the Grave” – May 2010.

Mrs. Akinlawon SAN is married to Mr. Anthony Akinlawon and they are blessed with children