Professor Olanrewaju Adigun  Fagbohun is a Professor of Environmental Law and the Vice Chancellor of the Lagos State University (LASU). Until his appointment, he was the Director of Research at the Nigerian Institute of Advanced Legal Studies, (NIALS) University of Lagos and the Principal Partner of RouQ and Company Legal Advisory Services a thriving law firm in Ikoyi Lagos.

Professor Fagbohun was born in Akesan, Alimosho, Local government area of Lagos State, southwestern Nigeria. He is the son of the Alakesan of Akesan, Oba Gbadewolu Ogedengbe Abayomi Fagbohun and the crown prince of Akesan. He  had his early formal education at the Local Authority Primary School Agege and proceeded to Ikeja Grammar School, Oshodi, Lagos where he obtained the West African Senior School Certificate. Thereafter, he attended the University of Ife, now Obafemi Awolowo University where he obtained his LL.B degree in 1987. He proceeded to the Nigerian Law School where he obtained his B.L and was called to the Nigerian Bar in 1988. He later proceeded to the University of Lagos where he earned a master’s degree in law and later returned to Obafemi Awolowo University where he received a doctorate degree in law. During his doctoral program, he received a Postgraduate diploma in International Tax Law from Robert Kennedy College, Switzerland.

Professor Fagbohun joined the Faculty of Law of the Lagos State University (LASU) as an Assistant Lecturer in January 1991. He rose through the ranks and by the year 2004, he was appointed Associate Professor. As a resourceful and diligent faculty member in LASU, he taught various courses including Commercial Law, Law of Insurance and Environmental Law at the undergraduate level, and International Economic law, Law and Economic Development and Environmental Law and Policy at the postgraduate level. Professor Fagbohun, was one of those whose untiring efforts led to research activities in, and the development of the curriculum for the teaching of environmental law as a young discipline in many Nigerian Universities.

ALSO READ   Justice Umezulike in the Eyes of the Law: A Memorial

At different times, he served as a member of Senate of the Lagos State University; Head of Department of Business Law and later Department of Private and Property Law; Coordinator, Law Centre; Coordinator of the Department of Environmental Law and Allied Disciplines of the Centre for Environment and Science Education of the Lagos State University, and was, for several years, the Editor-in-Chief of the LASU Law Journal. Professor Fagbohun also served on various committees of the Faculty of Law, the University, and the University Senate. Following his satisfactory Annual Performance Report for 2007/2008 Session, and the report of the Appointments and Promotions (Academic) Committee, the Lagos State University appointed him a Professor in 2010, Professor Fagbohun joined the Nigerian Institute of Advanced Legal Studies (NIALS) following a head-hunt. At NIALS, he taught Advanced Environmental Law and Policy, and Advanced Legal Methods and Research to postgraduates students. He also served in various capacities including:  Editor, the Nigerian Current Law Review; Editor, NIALS Journal of Environmental Law; Head of Department of the Postgraduate School; Member, Academic Board of the Postgraduate School; Chairman Convocation Planning Committee; Chairman, Review of Conditions and Scheme of Service; Member of Management; Director of Studies, and Director of Research (the position he held before his appointment as Vice-Chancellor). He has also served as member and Chairman of different committees. In November 2012, Professor Fagbohun on account of his significant contribution to scholarship and research in environmental law was awarded the Chike Idigbe Distinguished Professor of Law Chair by NIALS.

Professor Fagbohun has provided leadership in different capacities at state, federal and international levels. He served at different times as Project Facilitator and Resource Person to the Nigerian Bar Association; British Council; Committee on Ecology and Environment of the House of Representatives and Senate of the Federal Republic of Nigeria; United Nations Development Programme; National Judicial Council; and several Non-Governmental Organisations. He was a member of the Lagos State Environmental Protection Agency (LASEPA) Technical Advisory Committee on Environmental Management and Control(Downstream Oil and Gas Sector); formerly member, Lagos State Water Regulatory Commission; Member, Expert Group for Development of Climate Change Policy and Legislation for the Federal Republic of Nigeria; National Consultant, Law and Policy for the Establishment of Project Baseline in Relation to Conservation of Globally Important Biodiversity in Nigeria; and formerly Chairman, Lagos State Local Government Election Petition Tribunal.

Professor Fagbohun is currently the Vice- Chairman, African Regional Forum of the International Bar Association (IBA); Regional Representative, Africa, Environment Health and Safety Committee of the IBA; Member, Regional Academic Network on IT policies with base at the American University, Cairo; member, Environmental Law Lecturers in African Universities; and member, Board of Trustee, Lagos Public Interest Law Partnership. He was a member of the IBA 18-man Special Expert Task Force on Climate Change Justice and Human Rights. The Task Force is currently working on implementing the recommendations contained in the 185-page strategic report which it put together over a period of two years. Professor Fagbohun serves as a member of the editorial board of various journals and also chairs a number of editorial advisory boards.

Professor Fagbohun has served as external examiner of Master’s and Doctoral theses for a number of Universities both in and outside Nigeria including the Nelson R. Mandela School, University of Fort Hare in South Africa; and the Netherlands, and University of Amsterdam. He has also served as external assessor for a number of universities in Nigeria in relation to appointment of candidates into the Professorial cadre. He has acted in the United Kingdom and United States of America as expert adviser on Nigerian Law; and also served as Law and Policy Expert, Think 20 Summit/Global Policy Dialogue Platform Conference on Sustainable Development.

Professor Fagbohun’s research efforts has produced numerous publications which in the last 20 years has focused on issues of sustainable development, sustainable livelihood, environmental protection, law and governance, and the environmental rights of indigenous groups.  In addition to his extensive publications in peer reviewed (local and International) journals, he has co-edited 8 books and wholly authored a book titled “The Law of Oil Pollution and Environmental Restoration: A Comparative Review”. He has delivered more than fifty-five (55) invited/commissioned papers at different meetings within and outside Nigeria. His research projects have attracted both domestic and foreign funding from State Governments; the Federal Government; the South African Government through the University of Kwazulu-Natal, Westville Campus; the European Commission under the 7th Framework Programme; the World Bank; the United Nations Development Programme, the UK Department for International Development; the Global Environment Facility; the International Bar Association; and the private sector in Nigeria.

He was  elevated to the rank of Senior Advocate of Nigeria in 2018 and was conferred with the  National Productivity Order of Merit (NPOM) Award  on Thursday, 28th November, 2019. 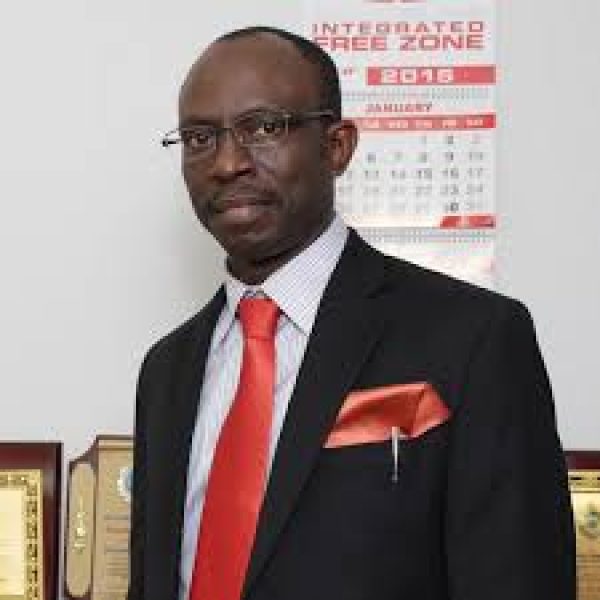 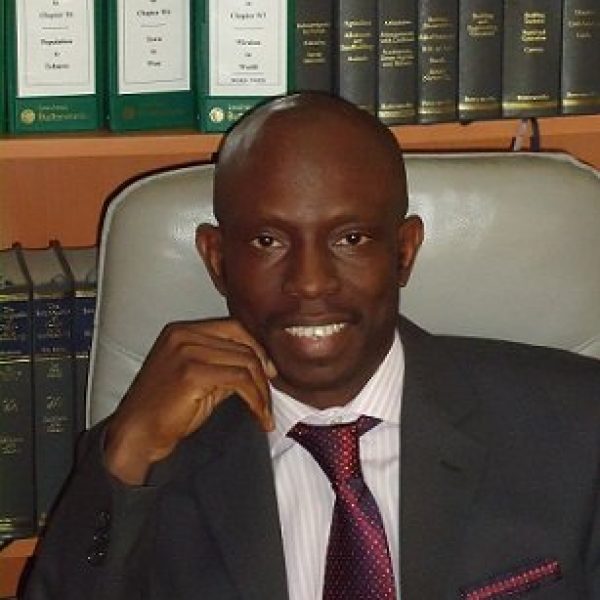 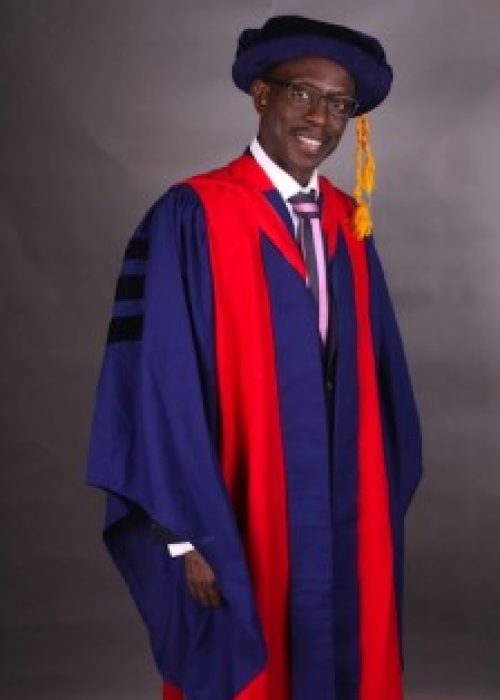 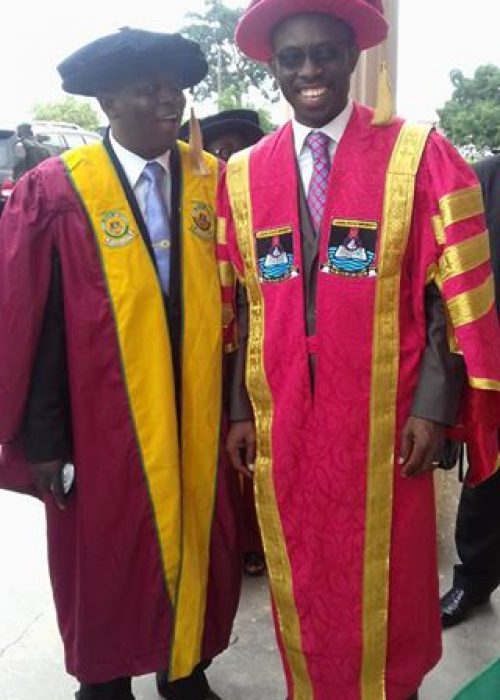 Profile of Justice John Tsoho — Chief Judge of the Federal...