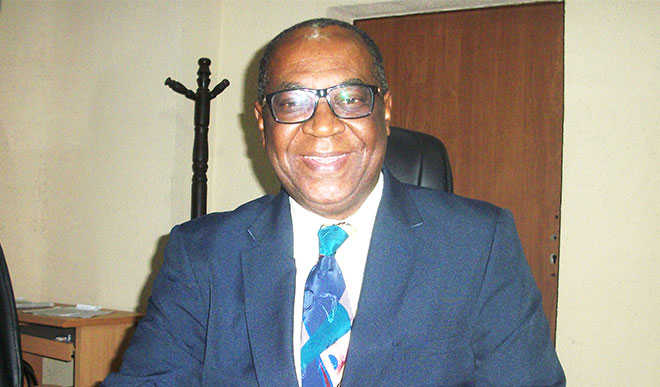 Professor Taiwo Adetayo Ibitola Osipitan is Distinguished Professor of Law and erudite Senior Advocate of Nigeria who has excellently and successfully combined lecturing with active legal practice and has carved a niche for himself on both sides of the divide.

Born to Chief Bayo Osipitan and late Mrs. Modupe Olayinka Osipitan. Professor Osipitan has a twin sister Prof. (Mrs.) Kehinde Olayinka  a Professor of Analytical/ Environmental Chemistry at University of Lagos. He started his formal education at Olivet Baptist High School Oyo, in Oyo State and later enrolled for a 2 year A-level Programme after his GCE. He obtained his Bachelors of Law and Letters (LL.B. (Hons)) between 1977 to 1980 from the University of Lagos, Akoka, Lagos State and attended the Nigerian Law School in 1981, where he distinguished himself by winning the Justice Somolu Memorial Prize for the best Student in Civil Procedure.  He obtained a Masters of Law degree, with Distinction from the London School of Economics & Political Science, London, England in 1982 and became a Professor of Public Law in October 1998 at the University of Lagos Akoka Lagos Nigeria. In 2002, he was conferred with the rank of Senior Advocate of Nigeria.

Professor Osipitan started his early career in lecturing in 1983 when he was was appointed Lecturer II at the Faculty of Law, University of Lagos and has remained a lecturer in the institution for over 34 years rising to the status of a Distinguished Professor. He was at various times a Part-time Lecturer at the Lagos State University, Ojo, where he taught Insurance Law and Law of Evidence as well as at the Faculty of Law, Ogun State University, where he lectured in Law of Evidence.

As a legal practitioner in active legal practice, Professor Osipitan heads the law firm of Bayo Osipitan & Co, with office in Lagos State. A seasoned litigator with special interest in Commercial and Civil Litigation, Alternative Dispute Resolution, Arbitration, Mediation and Negotiation, he has successfully handled several high profile cases from the High Court to the Supreme Court of Nigeria.

Professor Osipitan was the Special Adviser on Legal and Constitutional Matters to the Chief of General Staff and Vice Chairman of the Provisional Ruling Council of the Federal Republic of Nigeria from July 1988 up till May 1999. He  is the Chairman of UNILAG Consult Management Board (UCMB). He is a Fellow of the Chartered Institute of Arbitrators of Nigeria.

His inaugural Lecture delivered in 2004 on the topic ‘An Autochthonous Constitution for Nigeria; Myth or Reality’ remains a leading authority in decided precedents in constitution making in Nigeria. As a renowned Scholar Professor Osipitan has written several articles and papers which have been published in various books and (law) journals. He has more than 50 scholarly publications to his credit.