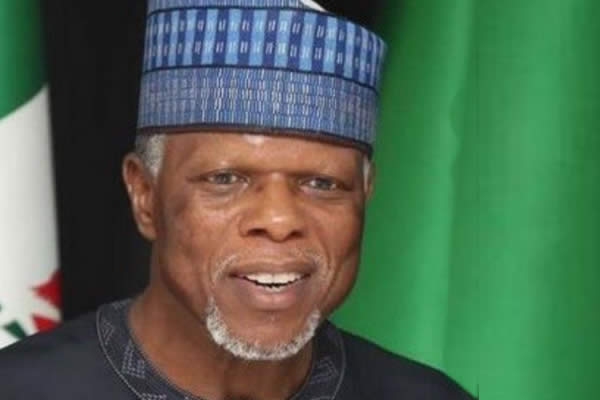 Please read the well articulated legal view of Mr. Gbenga Odugbemi on the controversy surrounding whether the Comptroller General of Custom must wear Customs Uniform.

Paragraph 3 of the letter reads: “Regarding the wearing of uniform, I wish to advise that the Senate avails itself of the legal basis of its decision to compel me to wear uniform. I am similarly seeking legal advice on this issue, so that both the Senate and I will operate within the proper legal framework”.

The question this article tries to answer is whether the Comptroller General as the (highest) Head of the Nigerian Customs must or can be forced to wear his uniform. It must be noted that the Comptroller General’s refusal to wear his uniform is not an attitude developed for the purpose of his summon before the National Assembly alone. As according to him, he has no desire to wear the uniform now or ever because “I am not aware of any law that states I should wear uniform…”.

The National Assembly while reprimanding the Comptroller General (hereinafter referred to as CG) referred to some provisions in the Customs and Excise Management Act, 1959 (hereinafter referred to as CEMA), and the Regulations made pursuant to it (by the President), pursuant to section 194 of the Act. These relevant provisions would be examined in determining whether the CG must or can be forced to wear his uniform. The foremost relevant provision is the “Interpretation section” – section 2 of CEMA. The term “Officer” was defined as “…any person employed in the Department of Customs and Excise, or for the time being performing duties in relation to customs or excise”. This provision makes the CG an officer of the Nigerian Customs Service. Thus, arguments he, and some of his agitators are propounding that he was “appointed” from the outside and not commissioned as the CG, and thus not an officer of the agency is not only false, it cannot be substantiated within legal provisions. The CG is an officer of the Nigerian Customs Service.

Other relevant provisions are in the Customs & Excise (Preventive) Service Regulations, 1962. Now, contrary to the references made by the National Assembly, especially Hon. Mohammed Mahmud to Regulation 13 or 31, those provisions do not expressly mandate the CG to wear a uniform. In fact, construing the whole of CEMA and the 1962 Regulation, there is nowhere it was stated that the CG must wear his uniform. This represents the strength of the CG’s argument refusing to wear his uniform. No legal provision requires him to wear his uniform. An argument as that he is a retired colonel of the Nigerian Army, and ‘tradition’ does not allow him to wear a paramilitary uniform lacks merit. One Bello Haliru (a former CG) had been in the same situation (albeit not previously in the army), and he wore the Nigerian Customs Service uniform. Also, a former Corps Marshal of the Federal Road Safety Corps, Haladu Hananiya who was a former Major General wore the FRSC uniform following his appointment. So, the argument that as a retired colonel he can’t be found wearing the Customs uniform is not a good argument, a better argument is that there is no law expressly compelling him to wear the Customs uniform.

Despite the ongoing argument, and lack of an express provision in the law or Regulation mandating that the CG wear a uniform, the combined effect and interpretation of some of the provisions in the Regulation (especially) shows that wearing of uniform by the CG was contemplated. For example, Regulation 31 on “Clothing and equipment” states that “Clothing and equipment shall be of such pattern and worn in such manner as the Board shall determine.” The said board had already mandated a uniform, and it is that uniform that the CG has refused to wear. This provision must be understood in the light that the Regulation was made for customs officer, and the CG has earlier been characterized as an officer of the Nigeria Customs Service.

Also, examining Regulation 13 on “Offences against discipline”, that Regulation states that “any member of the Service (hereinafter referred to as “defaulter”) who is guilty of an offence specified in the Second Schedule to these Regulations shall suffer punishment according to the degree and nature of the offence as may be awarded in accordance with these Regulations.” Unfortunately, in the said Schedule 2 – which enlists likely offenses punishable under the Regulations – refusal to wear a uniform is not enlisted. However, section 9 of the Second Schedule describes as indiscipline “appearing on duty, dirty or untidy in his person, arms, clothing or accouterments.” Although this provision does not necessitate a mandatory wearing of uniform, it nevertheless contemplates wearing of uniform first, followed by making it an indiscipline not to wear a tidy one. There are other provisions in the Regulation suggesting the wearing of the Nigerian Customs Service uniform, see for example Regulation 22, 24, 31, and section 6 of the Second Schedule to the Regulation.

In conclusion, the CG can be forced to wear his uniform, the fact that same is not expressly mentioned in the Act or Regulation does not obviate the necessity of wearing the uniform. Although, one might be fast to chastise the legislature for creating such lacuna, but such chastisement is rather overbroad, as the legislature cannot be expected to have aforethought that an officer of a paramilitary agency would refuse to wear the military garb of the agency. Truly, there is no express provision mandating the CG to wear his uniform, but the Regulation made pursuant to the Act regulating the Nigeria Customs Service anticipates, contemplates, and supposes that an officer of the agency would and should wear a uniform. This argument is further bolstered by the idea of the meaning of the word “paramilitary” which the Nigerian Customs Service is characterized as. At the mention of the word “military”, certain words as “discipline”, and “uniform” pops in the mind. How can the Head of a paramilitary body then portray ‘discipline’ when he has refused to wear a uniform – showing allegiance and affiliation to those he heads or directs?. An effort to ask for legal advice on whether to wear a uniform or otherwise by the CG is not only dead on arrival, such attitude is capable of breeding similar attitude amongst the Nigerian Customs. The long-term consequence would be a confusion amongst the populace of who belongs to a military agency and who is a civilian, and insubordination might just creep in. The CG must understand that he now has a bi-persona in the society – a civilian and an officer of a paramilitary body. Thus, the ego falsely smuggled into the army tradition to negate affiliation by wearing a uniform is baseless.

On the issue of illegality and radicalism, it must be noted that while arguing for the necessity of wearing a uniform by the CG, such argument is only viable under a Regulation, and not a law. There is a difference between a Regulation and a law. The Customs & Excise (Preventive) Service Regulations, 1962 is made pursuant to the President’s power in section 194 of the CEMA, the Regulation is therefore not a law, since laws are conventionally made by the legislature. The President is an executive. It is, therefore, safe to say the CG’s refusal to wear a uniform is not illegal, although it might contravene the intendment of an associated Regulation. Regulations do not have the same effect as laws. All these supposes that the CG’s attitude is just an expression of radicalism, and egoism, although not illegal, but contrary to regulatory expectations.

Culled from “The Nigerian blawg”

Gbenga is entitled to his own view. What’s yours?

Lagos MOJ Welcomes Back State Counsel After Completion of Law...