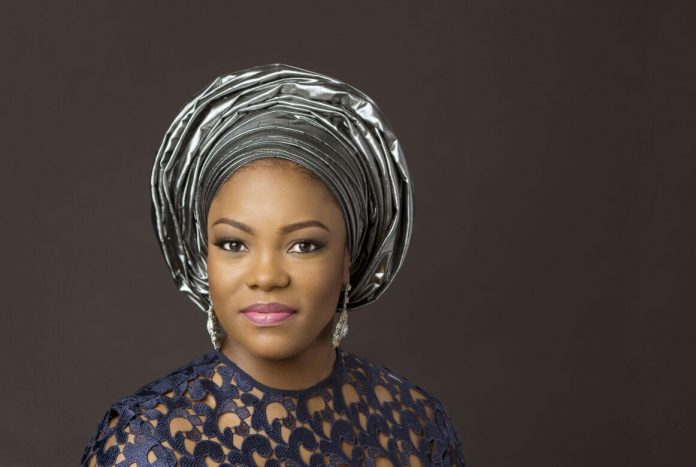 Justice Mary Ukaego Odili of the Supreme Court; Justice Binta Murtala Nyako of the Federal High Court and Justice Eberechi Nyesome-Wike of the Rivers State High Court are Justices who by virtue of their husbands’ political standing found themselves wearing the double crown of ‘My Lord and Your Excellency’. While the first two have both served their tenures, My Lord Justice Eberechi Nyesom-Wike is still wearing her double title; My Lord and Your Excellency so we beam our search light on My Lord.

My Lord, Honourable Justice Eberechi Nyesom – Wike is a delectable woman. She is a beauty to behold. She is the true definition of beauty and brain. Those who have appeared before her or had some contacts with her would appreciate what I am talking about.

My Lord was born Eberechi Suzzette Obuzor in Odiokwu, Ahoada West of Rivers State. My Lord comes from a Christian family consisting of Mr. and Mrs. Obuzor. She attended Rivers State University of Science and Technology where she obtained her LL.B. (Hons.) in 1996. My Lord enrolled in Law School and obtained her Barrister-at-Law degree (B.L.) in 1997.

My Lord who rose through the Magistracy to become a Judge of the High Court of Rivers State in 2012 had carried on her judicial role with all diligence and dedication. The status of My Lord transformed from “His Lordship” to “Her Excellency” the moment My Lord’s darling husband, His Excellency Governor Nyesom Wike, became the Executive Governor of Rivers State in 2015. Now what I just referred to as transformation may be a false statement. Perhaps the proper word is a fusion of status: “His-Her Lordship-Excellency”.

Immediately after the swearing in of Wike, My Lord launched her official portrait as “Her Excellency, Wife of the Governor of Rivers State”. Since then, she has been performing her role as the First Lady of Rivers State and as a Judge of the Rivers State High Court. While the activities of the former are not circumscribed and tele-guided by some written codes, the former requires not only decorum but a total cut off from social life. Indeed, this would be a heavy task for My Lord.

No doubt My Lord has continued to perform her role as the First Lady of Rivers State. Roles which require her to be highly social and freely mingle with the socio-political class. This surely may have some effects on her judicial role as a sitting judge. More importantly, by the very fact that My Lord, Mrs. Nyesom Wike, is the wife of the Executive Governor of Rivers State, she is expected to be a card carrying member of the People’s Democratic Party and also a Political Leader of the Party in Rivers State.

Recently, My Lord was spotted at a social function where she crowned the winner of the 2017 Miss University Africa Beauty Pageant. Opinions on this were divided. While many saw this as a conduct not compatible with My Lord’s present status as a sitting judge, others felt she has to also make out time to perform her duty as the First Lady of Rivers State.

The question then is; In cases where My Lords acquire the status of First Ladies by virtue of their husbands’ political standing, shouldn’t they be granted may be long vacation to complete the assignments?