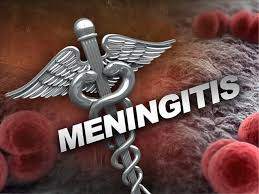 A Gudu Upper Area Court, Abuja, on Wednesday ordered the remand of one Salisu Mohammed for allegedly administering fake meningitis medication on five men and adjourned hearing until July 5.

The defendant of UTC, Area 10‎, Garki, Abuja, was charged with causing hurt, endangering life and possessing of items, suspected to be stolen.

The prosecutor, Donatus Abbah, had told the court, presided over by Umar Kagarko, that the defendant was arrested on April 30.

The defendant was arrested by a team led by DSP Yusuf Ishaku, in charge of UTC, Area 10‎, Garki Police Post.

He said that the men drank the substance, believing that it was meningitis medication, adding that they were unconscious for ‎seven hours.

The prosecutor said that the victims were rushed to the Police Hospital, Area 1, Garki, where they were admitted and spent N26, 000 for treatment.

He said that in the course of police investigation, the defendant confessed to mixing four tablets of tramol with zobo water and deceived the men that it was meningitis medication.

The defendant had denied committing the offences that contravened the provisions of Sections 253 and 319A of the Penal Code.
(NAN)