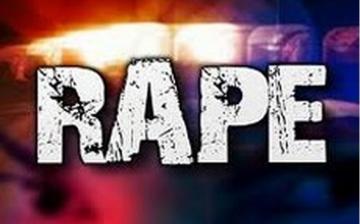 A 20-year-old uncle, Solomon Friday, has been sentenced to 10 years imprisonment by an Ogudu Family Court, Lagos, for raping his 10-year-old cousin (names withheld) in Ketu area of Lagos.

It was gathered that the issue was first reported by the child’s mother to Ketu Police Station after which the Lagos State Domestic and Sexual Violence Response Team (DSVRT) were alerted on 10 March 10, 2017, to assist with medical treatment and other needs.

Friday was subsequently charged with defilement at the Ogudu Family Court, (Magisterial Court level) by the Family Support Unit of the station.

The accused pleaded guilty to the crime.

The crime is against Section 137 of the Criminal Law of Lagos State 2011, which stated that it was unlawful to have sexual intercourse with a child as the action was punishable with imprisonment on conviction.

Magistrate S. Amzat sentenced the accused to 10 years imprisonment for perpetrating the crime.

However, the Coordinator of DSVRT, Mrs. Titilola Vivour-Adeniyi, warned perpetrators to desist from the act, as the government would not relent in ensuring judgment was delivered on rape and other domestic violence cases in the state.

According to her: “We use this opportunity to commend the Nigeria Police for ensuring that the cases were duly investigated and charged to Court. The names of the convict would be updated on the Sex Offenders Register.”

She said as a State, government would not tolerate any form of sexual and gender based violence, hoping that the judgment would surely serve as deterrent to others who might want to do the same.

In her words: “We hope this would serve as a deterrence to would be perpetrators of these heinous crimes. If you rape or sexually assault someone, you will live with the crime and emotional consequences for the rest of your life.”