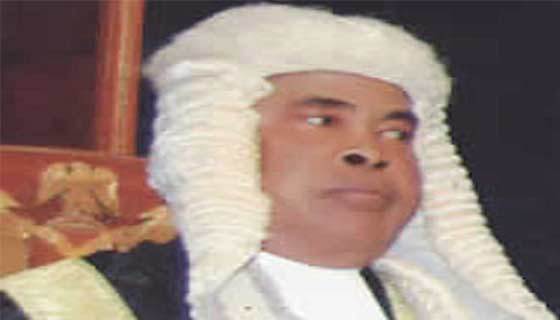 A prosecution witness on Wednesday testified that about N28.3 million was recovered from the home of suspended Supreme Court Justice, Sylvester Ngwuta in October, 2016.

Linus Nwamba Chukwuebuka, a building contractor, had earlier testified that bags of N27m cash hidden in three bags in Ngwuta’s bathroom in Abakaliki, Ebonyi State and three vehicles were recovered by the Department of State Services (DSS).

However, when prosecution counsel, Charles Adeogun-Philips, who led him in evidence sought to clarify the figure, he said the money was slightly above N28 million because the DSS found more monies in the bathroom.

“I spent N24m for the project. But the DSS counted smaller denominations from the bags recovered in his house and it came up to N4, 360, 000,” he said.

Justice Ngwuta was among judges whose houses were raided by the operatives of the DSS on October 7 and 8, 2016.

Adeogun-Philips said, Justice Sylvester Ngwuta, kept over N500m between January and October 2016 when his total legitimate earnings, including his allowances, for the year was only about N24m.

He alleged that, from the N500m, the apex court justice transferred dollar equivalent of N313m cash in $100 bills to a building contractor within the period of nine months spanning between January and September, 2016, to develop several landed properties for him.

BREAKING: Senate Confirms Keyamo SAN, Others as Members of NDIC Board