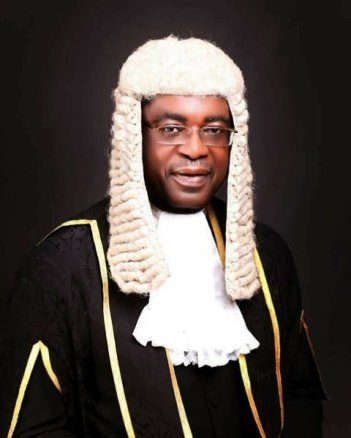 Mr. Sogbeya Eli would have none of that as he immediately issued a statement he titled “Time to separate the Office of Attorney-General from Minister or Commissioner for Justice!” calling the AG to caution himself  He wrote:

Time to separate the Office of Attorney-General from Minister or Commissioner for Justice!

Mr Attorney-General and Commissioner for Justice, Rivers State, you missed it when you made that remark about the Government you serve in “not closing Courts” during your presentation statement at the commissioning of the new building of the Federal High Court today. I do not know who or which Government closes an institution like the Judiciary and I think it remains your duty to throw more light on what, in my view, is a clear faux pas made to score political points at an event we should be celebrating as one, undivided Rivers people in the spirit of the Jubilee.

With respect, time has come for this PhD politics to stop in our dear State. The time is in fact overdue for the discontinuation of selling this very wrong political narrative about the immediate past Governor and his Administration and we expect learned seniors like you who also have the rare privilege of holding such exalted public offices to lead the way.

Politicians Like Virus Have Finally Infiltrated the “Holy of...