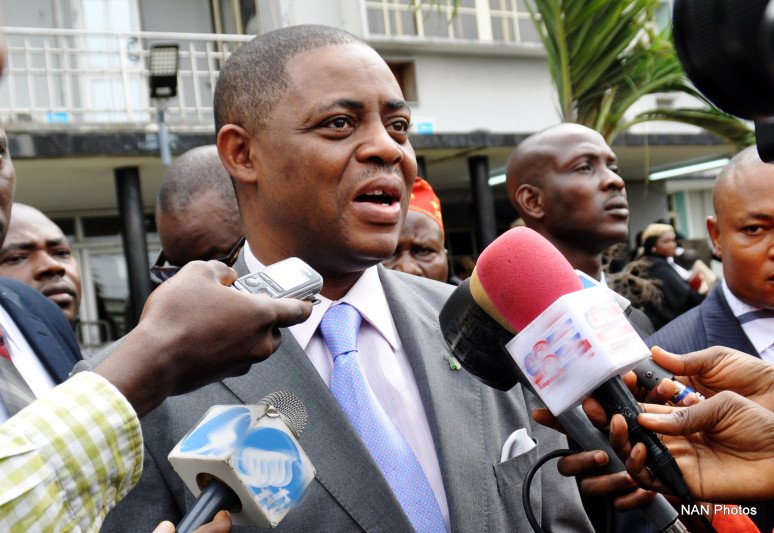 A former Aviation Minister, Chief Femi Fani-Kayode yesterday asked the presiding judge in his trial over N4.9 billion alleged money laundering at a Federal High Court in Lagos to disqualify himself from hearing the matter.

Fani-Kayode and Nenadi Usman, a former Finance Minister, as well as one Danjuma Yusuf were on June 28 arraigned by the Economic and Financial Crime Commission (EFCC) on the alleged offences.

The anti-graft agency had preferred a 17-count charge on unlawful retention, unlawful use and unlawful payment of the said money.

In an application filed through his counsel, Norrisson Quakers (SAN), Fani-Kayode is challenging the morality of the trial judge, Justice Muslim Sule Hassan to preside over the matter having worked with the EFCC as a senior legal officer and a prosecuting counsel.

He is therefore asking the judge to excuse himself from the case while also questioning the rationale behind his trial in Lagos when the transactions leading to the alleged offences occurred in Abuja when he was the Director of Media and Publicity of the Goodluck Jonathan Presidential Campaign Organization.

According to him, all the proposed witnesses, branches of financial institutions involved in the matter not only reside in Abuja but also conduct their businesses in Abuja.

He is therefore asking that the matter be transferred to Abuja.

Other defendants in the matter also want the matter to be transferred to Abuja.

The matter has been adjourned till today for continuation of hearing.