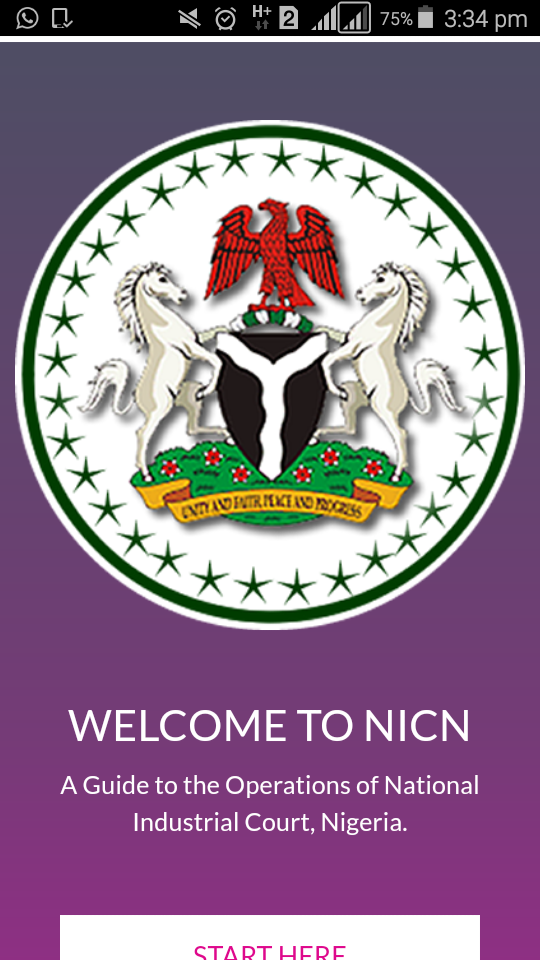 At the moment, the app operates only on an android operating system (Android Phone) and can be downloaded at the google play store.

with the application, a user is introduced to the constitutional powers of the NIC. The application also has a list of all the judges of the court with their profile.

Other features of the application are guides to initiation of cases, commencement of cases, hearing of application, public and chamber hearing etc.

The application also have effective case management tools that assist users with the Rules of court, up to date cause list, status of matters before the courts, judgment of the court amongst others.

It is expected that the application would also be made available on other mobile platforms such as the Ios and Windows.

We are hopeful that other courts in Nigeria would take a cue from this laudable innovation.

Go ahead and download the app on your android phone from your play store and thank me later!…

Read How NBA Lagos ‘Came Through’ for a Lawyer in Distress