The Ondo State Governor, Rotimi Akeredolu, and his Kano State counterpart, Abdullahi Ganduje, on Wednesday made a case for the creation of state police, arguing that it is unrealistic for states to leave the security of their citizens in the hands of the Federal Government.

The two governors said already they had been partly responsible for equipping the police and paying allowances of policemen despite that the Nigeria Police Force is under the control of the Federal Government.

Akeredolu and Ganduje spoke alongside the Governor of Rivers State, Nyesom Wike, who was represented by the State Attorney General  in Lagos at the ongoing Annual General Conference of the Nigerian Bar Association holding inVictoria Island, Lagos.

The conference, which began on Friday, is with the theme, “African business: Penetrating through institution building,” and the three governors spoke at a plenary session on Wednesday, tagged, “Governors’ Forum.”

The session, chaired by the Country Director of Mac Arthur Foundation, also had in attendance the Emir of Kano, His Royal Highness Muhammadu Sanusi II

Akeredolu, while making a case for the creation of state police, argued that the country is too large for the Inspector-General of Police to be giving orders on security from Abuja. 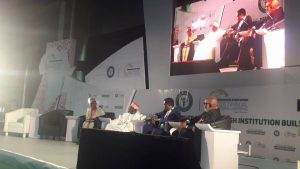 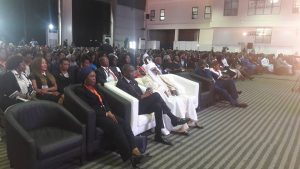 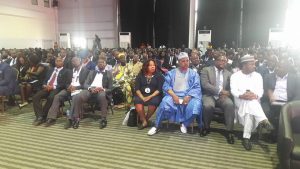