Mr. Philip Njetene captured the typical absurdity that has taken place with regards to the  much publicized Conference Mammy Market. Not only did an illegal structure spring up right in front of the Conference venue as a mammy market, it took over the approved conference market for several reasons. The illegal market is conspicuously positioned at the conference venue and is highly assessable. The structures are far better than the structure put in place by the LOC. The rental is cheaper and the  illegal market eventually became the preferred option for delegates.

The events in the ongoing annual bar conference took a dramatic turn on Sunday August 19, 2017 when the Local Organizing Committee (LOC) of the 2017 conference after negotiating and parting with #5,000,000 for the use of Oniru Beach as conference mammy market, the LOC rented stall spaces to vendors at the rate of #100,000 for the duration of the conference, Vendors made payments into the LOC account and allotment was to commence early Monday morning.

Unknown to the LOC, another conference mammy market was already springing up directly opposite Landmark event centre with the stalls well-constructed and strategically located.

After receipt of payment from vendors LOC realized rather belatedly on Sunday that there was some ‘unholy’ activities going on directly opposite the AGC venue while there was no iota of conferees traffic towards its designated conference mammy market.

The LOC thus on Sunday afternoon swung into action and mobilized KAI (Kick Against Indiscipline) officials with the Black Maria and combat ready Mobile Policemen to the illegal mammy market but met an organized market with stalls well-constructed and strategically allocated by an individual who neither secured permit from the LOC nor from Lagos State Government as that particular area has been designated No Trading Zone.

The horse trading negotiations continued into Monday and as at 4pm on Monday morning while I was minding my business, the illegal mammy market operator, stall owners, KAI officials and the leadership of the LOC could be visibly seen negotiating beside the black maria opposite the landmark event centre with the offer from LOC for the illegal mammy market operator to pay the LOC #3,000,000 while the operator counter offered less than the offered amount. At the end of the horse trading both parties agreed for a fee of #1,500,000 which must be credited into the LOC Access Bank account domiciled at Moloney Street, Lagos within 30 minutes of conclusion of negotiations else the offer is off.

While the LOC backed KAI officials with their mobile police & black maria were awaiting alert on the spot, the operator rushed to the police station to report that his stalls have been demolished by some group of people. On getting to the scene of the purported demolition, the police met the LOC officials, KAI officials and an entirely different story and different scenario on ground.

While all these illegal and legal action were going on conferees oblivious of the happenings around them went about the illegal mammy market transacting all manners of businesses from lawyer’s accessories, books, clothing etc while the LOC designated mammy market remained deserted with only a few conferees who found their way to the beach side to have a feel of the beach.

The Oniru beach which hitherto attracts an entrance fee of #1,000 on a normal day, was made free for conferees based on the negotiations and payment of #5,000,000 by the LOC which they hoped to recoup from rental of stalls.

At the LOC designated mammy market you could still see the well designed and decorated stage for a welcome party with a lonely DJ playing away the best of music but which has no audience beyond the food vendors and a few seaside loving conferees.

With two days left for the conference to wound up it is yet to be seen what will be the fate of the innocent vendors who paid to the LOC for stall hoping to make good businesses but ended up making none as their interest was not protected by the LOC.

It is also yet to be seen what will be the fate of the illegal market operator if he will pay the agreed #1,500,000 or he call their bluff and continue buying time till the conference ends on Thursday.

It’s equally yet to be seen if the KAI officials can do what they know how to do best – round up vendors with their wares into the waiting black maria while further negotiations continues in their office.

It is equally yet to be seen if the big masquerade  behind this sabotage of the LOC effort to host a conference like never before will be unmasked and appropriate sanctions meted out.

It is TRULY yet to be seen.

The attached pictures (1 – 13 show the illegal mammy market while pictures 12, 14 – 30 shows the desert looking LOC designated mammy market) speaks volumes. I did not bother taking a picture of the black maria because I know that majority of conferees that privileged to be at the main conference venue would have seen it.

©PHILIPS NJETENEH minding my business at this years NBA Bar Conference, a conference like never before.

Pictures would tell the story  better: 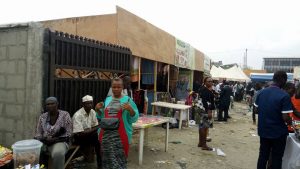 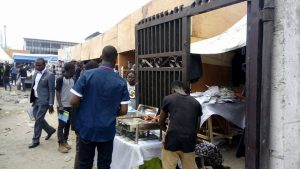 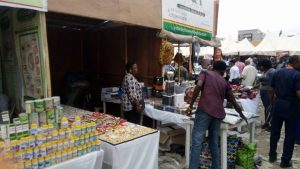 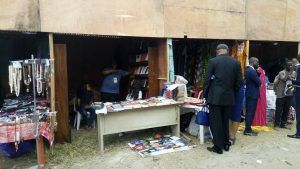 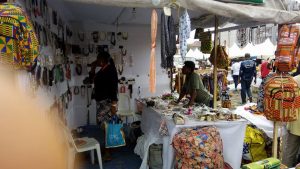 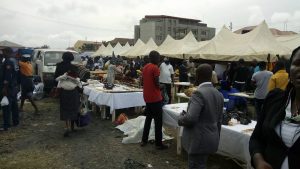 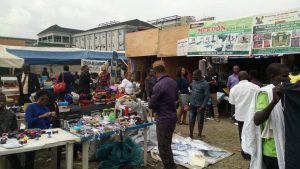 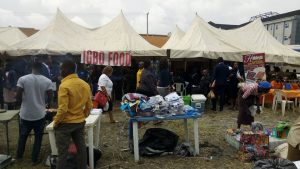 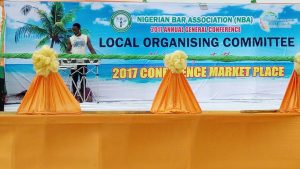 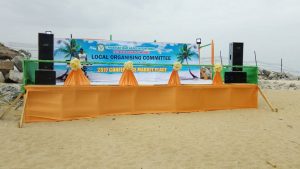 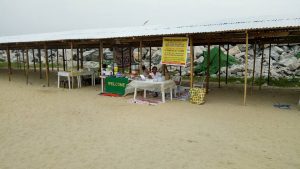 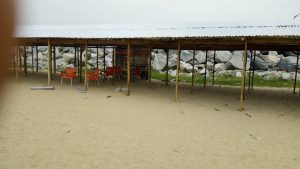 Okutepa Distances Self from Statement by the JRP Asking Chief Olanipekun...