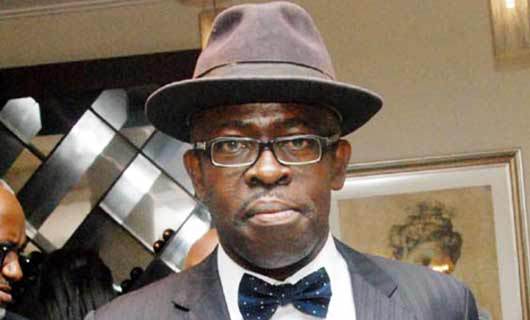 Former Chairman of the Lagos branch of the  Nigerian Bar Association (NBA), Mr. Chijioke Okoli (SAN), has urged the Chief Justice of Nigeria, Justice Walter Onnoghen, to establish a caretaker
committee to take over the running of the affairs of the troubled association.

Mr. Okoli made his call in a letter signed by himself. Dated 9 June, the letter stated that Justice John Tsoho of the Federal High Court, Abuja, had nullified the amended 2015 NBA Constitution and everything done or thought to have been done under that constitution.

On basis of the judgment, Mr. Okoli argued that the Mr.A. B Mahmoud-headed leadership of the NBA, having come into the office on the basis of elections conducted under the annulled constitution no longer has legal validity.

Mr. Okoli accused Mr. Mahmoud of non-compliance with the dictates of the judgment in the suit Olasupo Ojo vs Incorporated Trustees of NBA, which invalidated the NBA Constitution on the ground that it was not registered at the Corporate Affairs Commission.

“Mr. Mahmoud has been treating the otherwise binding judgment with scorn and derision. This is as dangerous as it is unacceptable for a multiplicity of self-evident reasons,” he said.

He disclosed that on 24 May, he wrote to Mr. Mahmoud to draw his attention to the judgment and to warn him that the crisis in the NBA requires decisive intervention by leaders of the Bar and all those concerned with the administration of justice in the country.

According to Mr. Okoli, he specifically urged the Body of Benchers, headed by the Chief Justice, to remedy the situation.
The former Lagos NBA Chairman said his request for the setting up of a caretaker committee is based on “the fact of the total incapacitation of the officers of the NBA by the said court judgment against the backdrop of some provisions of the Legal Practitioners Act (LPA)”.

According to Mr. Okoli, Section 10(2) – (5) of the LPA empowers the Body of Benchers to set up a caretaker committee to manage the affairs of the NBA for a period not exceeding 12 months.

“The caretaker committee appears to be sorely needed to save the Association and the machinery of administration of justice in the country from other disputes,” reasoned Mr. Okoli.

He reiterated the view that Mr. Mahmoud must vacate office, saying: “Even more disconcerting, however, has been the nonchalance, if not disdain, which underpins the reactions of the office of NBA presidency to the judgment. It has proceeded as if nothing has happened.”

Continuing, Mr. Okoli said the NBA President’s indifference to the judgment carries the potential of fatally harming the concept of rule of law, which the NBA professes as an article of faith. He stated that Mr. Mahmoud’s conduct is antithetical to the sacred concept.

DNL Legal & Style Set to Sponsor Young Lawyers to the...