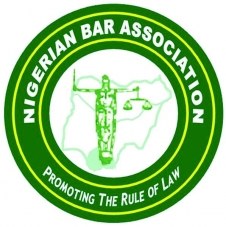 Read below NBA’s press statement on the Judgment of the Federal High Court which nullified the extant Constitution of the Association:

The Attention of the Nigerian Bar Association has be drawn to a Judgment of the Federal High Court reportedly delivered on Thursday, the 30th day of March, 2017 by the Federal High Court, Abuja Judicial Division presided by Hon. Justice John Tsoho in SUIT NO. FHC/ABJ/55/2016: OLASUPO OJO V. INCORPORATED TRUSTEES OF THE NIGERIAN BAR ASSOCIATION.

The Nigerian Bar Association has not received a full copy of the Judgment. However, it has been briefed by the Counsel that represented the Defendants in the suit that is the Incorporated Trustees of the Nigerian Bar Association. The judgment reportedly annulled the Constitution of the Association passed at the Association’s Annual General Meeting in August 2015. It is this Constitution that has governed the affairs of the Association since August, 2015. We are also informed that the Associations two previous constitutions were similarly annulled by the Court. We understand counsel to the Incorporated Trustees of the NBA has already appealed this decision.
The NBA is making efforts to obtain the full judgment. However, the NBA is aware that challenges to its 2015 Constitutions on similar grounds have been dismissed by the Federal High Court and other Courts of Coordinate Jurisdictions across the country.

The NBA has noted that this judgment has expectedly created a state of anxiety amongst its members. We note however, that some members of the Association who had previously contested elections and failed under the NBA Constitutions that are said to have been annulled are now attempting to use this Judgment to cause confusion and disaffection amongst our members to drive their narrow selfish interests. Annulling three previous NBA constitution, is a matter of grave concern to the NBA and should be to the entire legal profession. The matter goes beyond the personal leadership ambitions of our individual members.

The Association has constituted a team comprising very senior and capable legal practitioners to represent the NBA and if necessary to join the appeal against this decision so as to preserve the continued smooth operation of the Association both at the State and National levels.

The NBA will like to reiterate that neither the NBA President, nor any of the national officers or indeed any of the leadership of the 125 Branches nationwide that were elected into office under the 2015 Constitution was a party to these proceedings. None of them has been served with any order of court affecting the conduct of any office of the NBA. In the absence of this, the NBA directs all its officers across the 125 Branches nationwide and all other officers at the National level to continue to discharge their responsibilities.