Home News The NBA Seal; A Torturous but Necessary Tool of Restriction 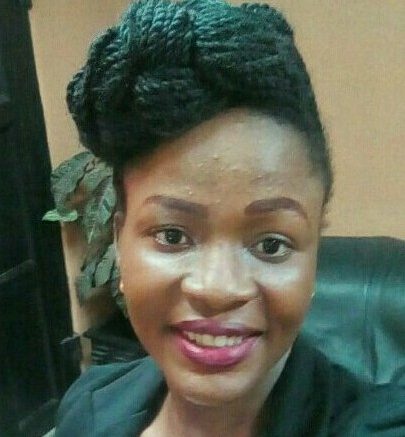 The Nigerian Bar Association introduced the compulsory use of the Stamp and Seal in 2015 after several failed attempt in the past. The Leaders of the NBA successfully introduced the use of stamp and seal with strict measures to ensure compliance.

Today, no legal practitioner can file any process in court without affixing a seal, specifying his name and his number on the roll. Like every innovation, the introduction of the seal was welcomed with mixed feelings by legal practitioners. Many doubted if it would succeed and complained about the cost of seal among others. For others, it was a welcomed development that was long overdue. These categories argued that it would bring sanity to the profession and aid the restriction of non-lawyers from issuing legal documents. The seal has not only been accepted but has indeed helped in curtailing the activities of non-lawyers in the profession, however, this has been with enormous stress.

Any Legal Backing for the Seal?

The mandatory use of the seal by legal practitioners is provided for in the Rules of Professional Conduct (the RPC). Rule 10(1) of the RPC provides; “a lawyer acting in his capacity as a legal practitioner, legal officer or adviser of any Governmental department or ministry or any corporation, shall not sign or file a legal document unless there is affixed on any such document a seal and stamp approved by the Nigerian Bar Association”

In other words, any legal practitioner who appends his signature on or file any legal document must accompany/affix his seal on such legal document. The law expressly provides for the compulsory use of the seal. Rule 10(2) further expanded the use and application of the seal when it defined legal documents to include pleadings, affidavit, depositions, applications, instruments, agreements, deeds, letters, memoranda, reports, legal opinions or any similar documents.”

With the above provision, I am of the view that not only does the law provide for compulsory use of the seal it also extends its application to all legal document in so far as it is prepared by a legal practitioner.

On the exclusivity of the use of the seal, a community reading of the provision of Rule 10 of RPC and the decision of  the Supreme Court in the case  of Yaki v Bagudu (2015) 18 NWLR (Part 1491) S.C Pg  288 at 346 Paragraph C-E,  where Per Ariwoola JSC held interalia; “It should be noted that the above rules presupposes that before any lawyer acting in the specified capacity appends his signature on any legal document or presents any such document or process of court for filing, there must be his seal and stamp on such document, shows that your seal is exclusive to you and must be used on a document originating from you. The document must speak you.

With the extent of proliferation of activities of non-lawyers  in the legal profession and the use of quacks to produce legal documents, I am of the opinion that no responsible member of the noble profession will sign or present any legal document which does not have his seal on it or withhold his support to the continued use of the seal. This show of authentication and responsibility is in the interest of lawyers. The fact of not countenancing documents filed without a seal is a welcomed development. The idea of the seal being restrictive and exclusive is also very innovative.

The many difficulties posed by the non-availability of the seal have pushed some to begin to doubt the usefulness of the introduction of the seal. Processing the application for the seal takes an average of 3 months. In some cases, it takes longer. Some practitioners have not been able to process successfully the application for the seal. It would appear that errors on the seal are never corrected. It would appear that the producers are not aware of the challenges the non-availability of the seal create. You cannot apply for more than the seal you can possible use at a given time because the seal has an expiry date. There is no effective help desk addressing the numerous hiccups. The price paid for the seal is exorbitant for striving lawyers. These and many more issues have questioned the continued use of the seal. Many have posited that a firm should be able to affix any available stamp of lawyers in the chambers challenging the exclusivity. Yet others have held the view that including an expiry date for a product that is not readily available defeats the whole aim of the introduction. All these and many more have been torturous and discouraging. The challenges are almost out weighing the advantage.

A Glimpse of hope?

It is worthy of excitement that at the just concluded NBA Annual General Conference 2017 held in Lagos at Landmark Event Centre, the President of the NBA, A.B Mahmoud SAN OON hinted that plans are in top gears to digitalize the seal by introducing Electronic Seal  which would do away with the above reckoned hiccups.

While awaiting this innovation, I want us to ponder on  the following;

Will the procedure for applying be the same?

Will the number of seals to be issued till be limited?

Will it be pay on demand like Court seal?

Will it still be customized with the name of the practitioner and enrollment number?

In summary, no matter the difficulty in accessing the seal, the profession needs this control. We owe it to ourselves and the next generation to ensure that the noble profession is kept noble. There is no profession that is proliferated as much as the legal profession. Lawyers should also endeavor to ensure that we do not encourage any form of compromise while the struggle continues.