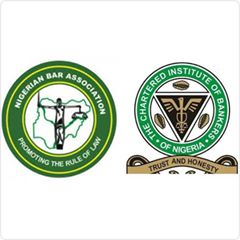 The NBA/CIBN Technical Committee on Capacity Building and Certification Inauguration Ceremony commenced at 01.14pm in the CIBN Council Chambers on March 13, 2017.

The CIBN Team comprised the following:

Commencement: The Inauguration commenced with the Opening Prayers.
The introduction of all parties was done by Mrs. Adeyinka Egbaiyelo.

B. Opening Remarks by the President/Chairman of Council, CIBN:

Prof. Segun Ajibola, Ph.D., FCIB, referenced the earlier meeting of the CIBN with the President of the NBA of December 13, 2016 at the NBA National Secretariat, Abuja where it was agreed by both bodies that a collaboration was necessary to grow the capacities of the members of both the CIBN and the NBA in critical areas affecting both leading professional organisations in Nigeria, whose functions are interwoven. This agreement he emphasised birthed the “NBA/CIBN Technical Working Committee on Capacity Building and Certification”.

He emphasised that the cross-pollination of knowledge, ideas and ethical standards with respect to the peculiarities and technicalities would be beneficial to both organisations as both aspire to ensuring global best practices for their respective members.

He noted that the CIBN has over 120 members (both individual and corporate) and the NBA has over 106,000 members and ensuring that the bridging the gap in learning was critical; hence the NBA was a strategic partner to the CIBN in reaching this capacity building objective.

C. Remarks by the NBA:

Dominic E. Obozuwa, Communication Adviser, OPNBA, gave the remarks on behalf of the NBA. First he expressed the apologies of the NBA President who had to, of utmost necessity participate at the Transitional Justice Conference which was simultaneously holding in Accra Ghana; and the General Secretary of the NBA who was caught in an emergency and could not make it to the inauguration that same day as expected.

He thanked the CIBN for the opportunity to collaborate on the knowledge exchange as this was a key component of the NBA Strategic Plan as drawn up by the A. B. Mahmoud, SAN Administration; to transform the NBA by restoring some fundamentals via the 3 Rs and P strategy, viz:
1. Regulation
2. Representation
3. Re-Engineering and,
4. Public Interest.

Referencing the CIBN visit to the NBA President in 2016 and the objectives of the collaboration as agreed at that meeting; Mr. Dominic E. Obozuwa further stressed the fundamental objectives of the NBA which included the promotion and advancement of legal education, continuing legal education, advocacy and jurisprudence; maintenance of the highest standards of professional conduct, etiquette and discipline; and the promotion and the promotion of cooperation between the NBA and other organisations; emphasising that the NBA/CIBN collaboration strategically aligns with these objectives and the collaboration is an idea which time had come.

He added that, the collaboration further ties into two (2) key components of the NBA Strategic plan, viz: the short term plan for the reform of the regulatory framework of the profession, particularly the continuing legal education objective; as well as the medium term goal of the introduction of the NBA legal services standards certification; which aims to ensure professionalism in service delivery by the NBA.

Furthermore, he stated that it was imperative that both bodies working through the Technical Committee, going forward, identify strategic areas of interest that require capacity building within both organisations as well as the setting up of structures and systems to deal with professional misconduct among its members. He concluded that synergies, systems and structures were the foundations of successful organisations. He concluded that successful countries were built around strong institutions rather than strong individuals and it is hoped that this collaboration would in the long term birth stronger institutions for the benefit of not only the organisations, but the country at large.

The President/Chairman of Council, CIBN noted that the members of the Committee have been carefully selected and charged them to dispose of their duty diligently.

The members of the Committee are as follows:

E. Terms of Reference (ToR) for the NBA/CIBN Technical Committee:

The ToR are as follows:

1. To organise seminars, workshops and training programmes for Lawyers and Bankers on legal and banking issues especially Ethics, Professionalism, Credit Documentation and Administration, etc.
2. To establish a Sub-Committee to jointly review Bills relating to banking and legal issues;
3. To jointly award certification on Capacity Building for Lawyers and Bankers; and
4. To consider other matters referred to it by the Council of the CIBN, the National Executive Committee of the NBA (NEC) or the governing bodies of both organisations.

The formal inauguration came to a close at about 2.00pm with the vote of thanks by the CIBN Registrar/Chief Executive and the closing prayers. There was a group photograph and this was followed by the “Breakout Session” for the inaugural meeting of the NBA/CIBN Technical Committee on Capacity Building and Certification. 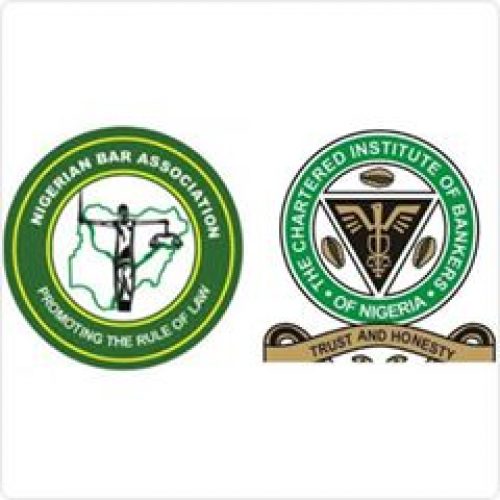 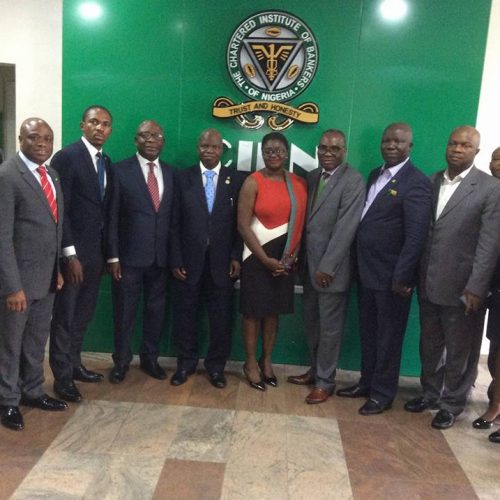