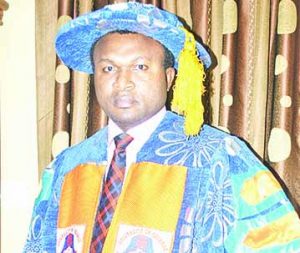 An Industrial court sitting in Calabar, on Wednesday upheld the dismissal  of the immediate past  Bursar of the University of Calabar (UNICAL) Mr. Peter Agi.
Agi had late last year sued the University authorities after the termination of his appointment at the 146th meeting of the institution’s  Council.
The bursar was accused of insubordination and disrespect to constituted authority among other allegations.
But Agi’s counsel, Professor Ogene Emeri, later raised the issue of the institution’s non-compliance with due process in the suspension and eventual  sack of the former Bursar, among other issues.
He, however, said the issue of fraud raised against him is not true, but a deliberate action to embarrass him and therefore should be re-instated.
In his defence, University’s counsel, Chief Chukwuma Ekumaru (SAN), said the court has no jurisdiction to handle the case as the second (Professor Zana) and third defendants, the Registrar (Moses Abang) were not sued in their individual capacity as well.
Pertaining the issue of fraud, Ekumaru alleged that the police arrested the Bursar on cases that border on fraud and another letter signed by 209 staff of the University, asking  the council to remove him (Agi).
As regard the issue of due process, he argued that Agi didn’t follow “section 16 act of the University before he (Agi) rushed to court in less than four days of his suspension and he did not appear before the panel that investigated the matter”, on the excuse that the matter was in court.
He explained  that the suit before the court was premature as claimant did not exhaust section 16 of the University act and “failure to exhaust internal mechanisms is a matter of law and asked the court to strike out the suit for want of jurisdiction.
While passing his verdict, the presiding Judge, Justice M. M. Esowe, ruled that both the VC and Registrar can be sued and  that the court has jurisdiction to entertain the suit.
The court further ruled that the claimant, Agi, was not competent to sue because he did not exhaust the internal mechanisms of the school for dispute resolution  before rushing to court and has violated Section 80 of the University of Calabar Act, 1979.
Section 80 of the University of Calabar Act, 1979 stipulates that “after suspension, a period of 3 months is given within which the issue can be resolved and  the affected staff is placed on half salary during the period.”
The court also ruled that the VC has the powers to suspend the bursar or any staff and report to council and then council either upholds the decision or throw it away.
Justice Esowe further ruled that the case was premature and that claimant approached the court after four days after his suspension, instead of three months and subsequently struck it out for lack for competence.
Reacting,  counsel to Vice-Chancellor, Barr. Abiye Aturodibo of the SEEDS of Change Attorneys, Port Harcourt, said “the court has done justice to this matter and completely vindicated our position that the action he has filed was premature and he didn’t follow due process.
“UNICAL has rules and court has emphasised that there is an internal mechanism which has to be exhausted,” he said.
Also reacting, one of Agi’s lawyers, C.N Nwjaobi, said the lead counsel had raised the issue bothering on fact and that there are have been further development after the suspension and her team needed to bring to the notice of the trial judge.