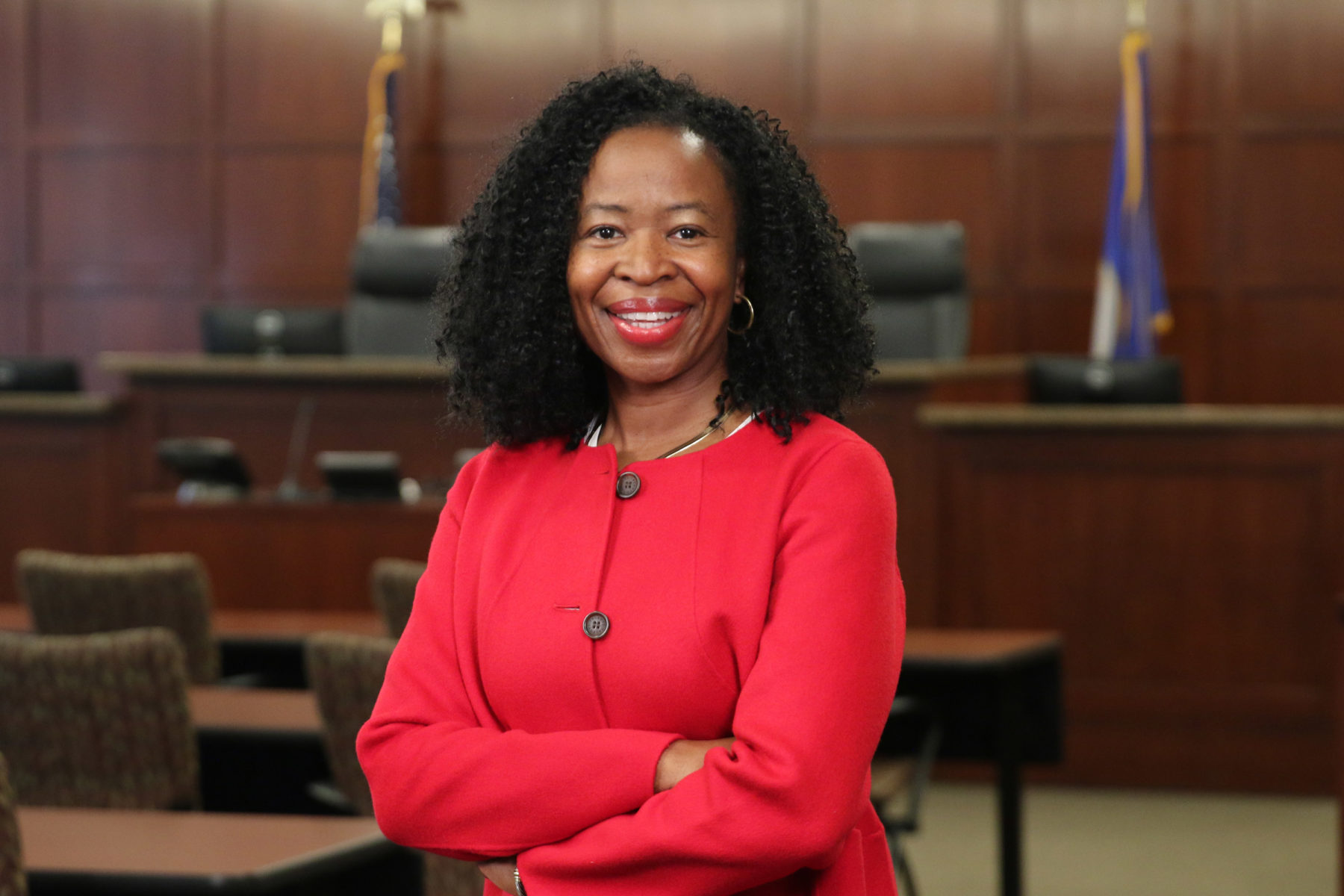 Ruth Okediji, a leading scholar in international intellectual property law and global economic regulation, will join the faculty of Harvard Law School in July as a tenured professor of law.

One of the foremost authorities on international intellectual property law and developing countries, Okediji will hold an endowed chair at the Law School and will also serve on the board of directors of the Berkman Klein Center for Internet & Society at Harvard. She currently holds the William L. Prosser Professorship and a McKnight Presidential Professorship at the University of Minnesota Law School, where she has taught since 2003. In 2015–2016, she was the Hieken Visiting Professor in Patent Law at Harvard Law School.

“Ruth Okediji is one of the world’s most influential individuals in intellectual property law and innovation, and she is also a consummate teacher, colleague, and mentor,” said Harvard Law School Dean Martha Minow. “Her groundbreaking work beautifully bridges theory and practice. Ruth examines and in turn shapes the design of national intellectual property laws and policies throughout Africa, the Caribbean and the Americas while advancing international agreements. She also brings expertise in Christian Legal Theory. I am thrilled to welcome her back to Harvard Law School as a distinguished tenured faculty member.”

Said Okediji: “I am delighted to join the faculty. I very much look forward to working on questions of global justice and human development through the lens of faith. I am really excited to work with the Berkman Klein Center and to engage with students — in the classroom and beyond — on the many complex issues at the intersection of law and technology both nationally and globally.”

Okediji’s research and scholarship focus on intellectual property, innovation policy, economic development and global knowledge governance. She has written extensively on these topics and her work has informed policy decisions and legislative initiatives in countries in Southeast Asia, the Caribbean and Sub-Saharan Africa. In 2014, she co-edited a volume on “Intellectual Property Rights: Legal and Economic Challenges for Development” (Oxford University Press) and another that same year on “Patent Law in Global Perspective” (also published by Oxford University Press). Her most recent books, “Copyright Law in an Age of Limitations and Exceptions,” and “The World Blind Union Guide to the Marrakesh Treaty: Facilitating Access to Books for Print-Disabled Individuals” (co-authored with Laurence R. Helfer, Molly K. Land and Jerome H. Reichman), were both published this year, by Cambridge University Press and Oxford University Press, respectively.

She is widely cited around the world for her work on the design and implementation of IP norms in developing and least-developed countries, and plays a leading role in patent and copyright reform in common law jurisdictions around the world. Okediji has served as a policy advisor to many intergovernmental organizations, regional economic communities and national governments on the formulation of copyright and patent policies, and on the impact of patent and copyright laws on national development goals.

In 2011–2012, Okediji was a member of the National Academies Board on Science, Technology and Policy Committee on the Impact of Copyright Policy on Innovation in the Digital Era. She served as the lead negotiator for the Federal Government of Nigeria at the World Intellectual Property Organization’s Diplomatic Conference to Conclude a Treaty to Facilitate Access to Published Works by Visually Impaired Persons and Persons with Print Disabilities (Marrakesh Treaty), and has continued to provide expert assistance to the 55 countries of the Africa Group on a variety of intellectual property negotiations. In 2015, then United Nations Secretary General Ban Ki Moon appointed Okediji to the High Level Panel on Patents and Access to Medicines.

Okediji was elected to the American Law Institute in 2008, and, since 2010, she has been a member of the executive board of the National Order of the Coif and served as vice president of the board until 2015, when she was elected president. She was also recently appointed to the board of Creative Commons.

Okediji began her career as the Crowe & Dunlevy International Law Professor and was Of Counsel at the Oklahoma City firm Crowe & Dunlevy. She then served on the Oklahoma Public Employee Relations Board at the appointment of Governor Frank Keating while teaching at the University of Oklahoma College of Law where she subsequently held the Edith Gaylord Harper Presidential Professorship before moving to the University of Minnesota Law School. She received her LL.B. from the University of Jos, in Nigeria, in 1989 and her LL.M. and S.J.D. from Harvard Law School in 1991 and 1996, respectively.