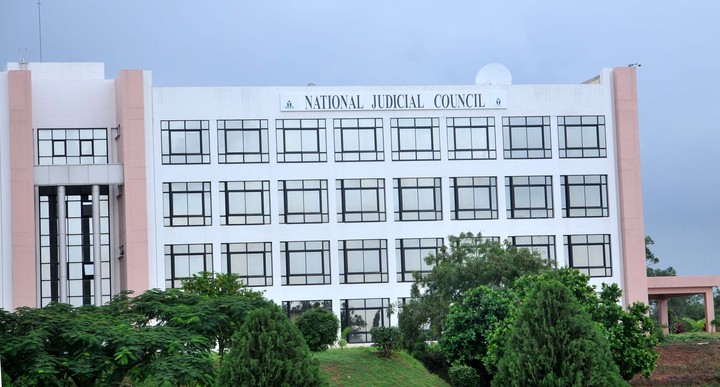 The National Judicial Council has asked six judges suspended in October last year over corruption allegations to return to work next Wednesday.

The affected judges who were asked to resume duties include, Justice Inyang Okoro of the Supreme Court; Justice Uwani Abba Aji of the Court of Appeal; and Justice Hydiazira Nganjiwa of the Federal High Court.

The NJC said in a statement on Saturday that it had at its meeting held on June 1, 2017, directed the judges to resume duties following the failure of the Attorney-General of the Federation and Minister of Justice, Justice Abubakar Malami (SAN), to charge five of the six judges with any offence as he indicated to the Council about eight months ago.

The statement signed by the NJC’s Director of Information, Mr. Soji Oye, stated that Justice Ademola, who was charged and prosecuted, had been discharged and acquitted by the trial court.

The statement said that out of the eight judges, whom Malami had in October 2016, indicated to the Council that he would prosecute, only three of them were charged.

Those charged were, Justice Sylvester Ngwuta of the Supreme Court, Justice Rita Ofili-Ajumogobia, and Justice Ademola, who was subsequently discharged and acquitted.

Following the raid on the residences of some judges by operatives of the Department of State Service between October 7 and 8, 2016, over allegations of corruption, Malami had informed the NJC that his office was set to prosecute eight judges.