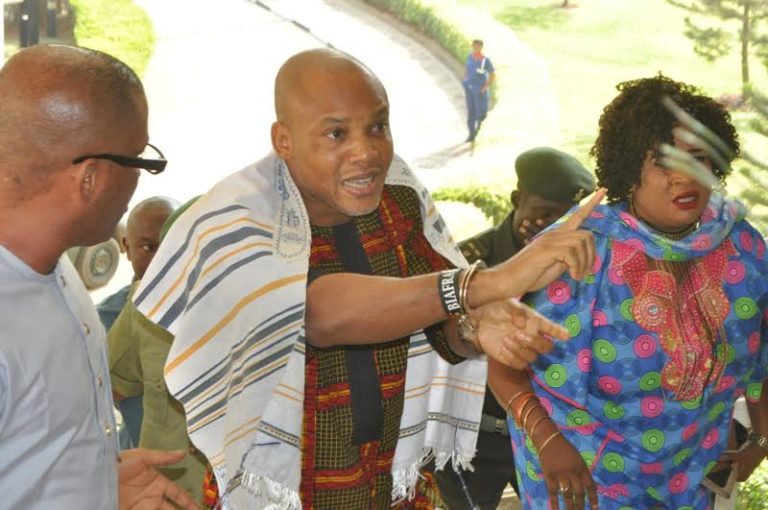 The leader of the Indigenous People of Biafra, Nnamdi Kanu, asked a Federal High Court in Abuja to throw out the treason charges filed against him and three others by the Federal Government.

Kanu made the demand on Tuesday at the court where the Federal Government was to open its case against him and his co-defendants – Chidiebere Onwudiwe, Benjamin Madubugwu and David Nwawuisi.

Arguing that the government had no evidence to support the charges, the pro-Biafran agitator asked Justice Binta Nyako to not only trash the charges, but to grant them leave to appeal against a ruling, denying them bail in December.