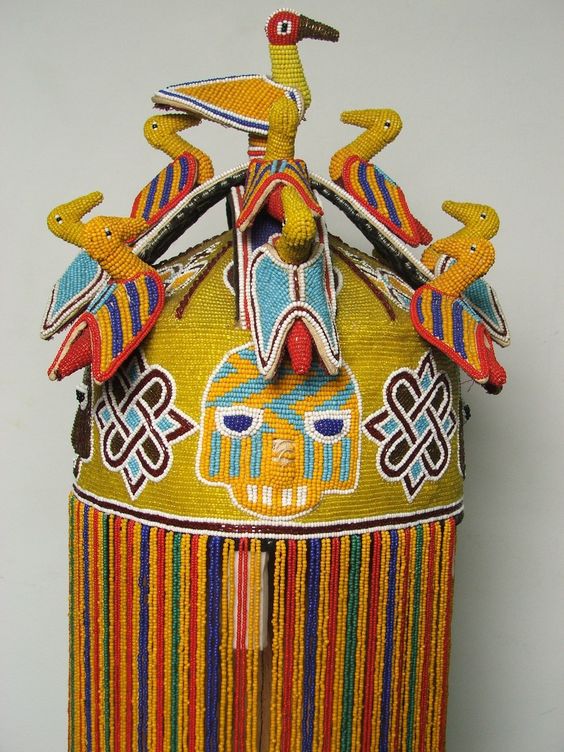 This is from the archive:

They say king can do no wrong such doesn’t apply to our Judex, in fact it is wrong  and a terrible fallacy to say ” Oba ba lo ri oun gbogbo”

THE STORY BEHIND THE DEATH SENTENCE OF AN OBA (ALAAYE OF EFON ALAAYE) IN 1949:

Efon Alaaye, the hilly and rocky boarder town between today’s Osun and Ekiti states is one of the ancient towns of Yorubaland. Like most towns in the same town, Efon Alaaye traces its roots to the cradle of Yoruba civilization, Ile- Ife. Life was as usual, rustic, with everyone been his brother’s keeper.

However something very strange happened in the sunny afternoon of January 10, 1949 that threw the whole town into turmoil. Adediwura, a 15 month old baby was playing within the compound of his father, Ojo, when she suddenly disappeared.

After a fruitless search in the compound, the mother could no longer bear the thoughts of her child been missing. She entered the afternoon sun and started shouting, throwing herself to the ground and weeping, and claiming that her daughter had been kidnapped. The husband and other members of the compound met briefly and decided to immediately inform the Alaaye of Efon, Oba Samuel Adeniran. Kabiyesi too, after several hours, organized a search party to recover the missing child. This however did not yield any fruitful result.

The police too got involved in the case and the authorities sent to Lagos for help from the Central Investigations Department (CID) On the February 10, 1949, a team of detectives arrived Efon Alaaye. They are Chief Inspector Aruah, Sergeants Sule Agbabiaka and Olawaiye; and Constable Ariyo. They immediately set to work and within 48 hours, they established that Adediwura may have been a victim of ritual murder.

On St Valentine’ day 1949 (Monday February 14), the case was given national prominence as it was reported by the Daily Times Newspaper. Shortly after, the detectives arrested three suspects in connection with the murder. They are Enoch Falayi, Gabriel Olaberinjo, and Daniel Ojo. Falayi was a native doctor, and consultant to the Alaaye, while the other two were his messengers. Coronary inquest to the murder started at the Obokungbusi Hall, Ilesa in early April under Magistrate W. O Egbuna who was in charge of the area. During police investigations,one of the accused persons mentioned the involvement of Oba Adeniran and he was promptly arrested.

The case was then transferred to Akure High Court. The trial judge was Justice N.S Pollard. Twenty one witnesses gave evidence. One of the witnesses, Aina Ola stated that it was Enoch Falayi, the herbalist to Oba Adeniran that kidnapped Adediwura and hid her under his Agbada. Owomobi, Falayi’s wife also gave evidence that the child was kept at their house and in the night she was forced to put the child on her back to the house of the second accused, Gabriel Olaberinjo. Ojo Olofa testified that the child was taken to the palace the following day where she was butchered in the presence of the Oba. The Oba, he said, brought out kolanuts and sworn them to secrecy.

He further testified that at the palace, the eyes and the tongue of the child were taken by the first and second accused through a door that leads to the Oba’s living quarters. The dismembered body was then taken to the forest around the CMS church and buried there. It was in this forest that the police discovered the body.

After all the witnesses gave their evidence, the Crown counsel, Mr Crow submitted that the statements of the three major witnesses – Aina Ola, Owomobi and Ojo Olofa was sufficient for the conviction of Falayi, the herbalist. But the defence counsels argued that the three witnesses were accomplices and as such, their evidence needs to be corroborated. However, the trial judge, Justice Pollard ruled that he was satisfied that Aina Ola cannot be treated as an accomplice and therefore, her evidence is enough corroboration of the concealment of Adediwura at Falayi’s house and subsequent transfer to the palace. Falayi was thereafter found guilty.

Crown Counsel Crow also submitted that the confessional statement of Gabriel Olaberinjo and Ojo Olofa’s evidence was a complete corroboration of the second accused person’s guilt. However, his lawyer, Bode Thomas argued that his client made the statement under duress, and therefore could not be accepted as evidence. But Justice Pollard held otherwise. The judge said that he was satisfied that the accused evidence was made voluntarily and freely. He too was found guilty. However, Daniel Ojo was acquitted for lack of substantial evidence against him.

On Oba Adeniran, the Crown Counsel submitted that evidence showed that he not only had the intention to kill, but also participated in the ritual murder of baby Adediwura. He directed the court to the evidence of Ojo Olofa, and Owomobi. The prosecutor further urged the court to take into consideration the demeanor of the Oba which portrayed him as a person with a guilty mind. However, his lawyer, Chief Awolowo argued that the fact that the Oba assisted the parents of the deceased and the parents during the search for the baby is enough to clear him of guilt. Chief Awolowo maintained that as an Oba, there are some elements in the town that wanted to deal with him. The lawyer said all the evidence against his client was circumstantial. However Justice Pollard did not agree with the lawyer. He said that his evidence that some people in the town had vowed to implicate him in the murder was an afterthought that holds no water. The trial judge thereafter found him guilty, and sentenced him to death with the other accused persons.

The accused persons however appealed the decision of the trial court before the West African Court of Appeal (WACA) where the Chief Justice of Nigeria, Justice Verity presided with two other justices. After listening to both sides, the appellate court found the following:

1) Although the disappearance of the child was reported to the Oba early in the afternoon, he as the head of the town did nothing until twilight;

2) Five days after the disappearance, the Oba sent for the constable to say he had information that the child will be found at the forest near CMS compound.

3) Upon the arrest of Enoch Falayi, he ordered his release because he claimed that Falayi was his “doctor”.

4) The corps found the mutilated body exactly where the Oba said the police would found it.

The court maintained that even though these findings were circumstantial,the statements of other accused persons, and the ones read to him by the police which he confirmed, have already proved his guilt. The court particularly quoted Gabriel Olaberinjo,s statement read to the Oba by Sergeant Agbabiaka which the Oba did not deny. The statement reads:

“I was in the palace of Alaaye of Efon at night, I saw Enoch carry one girl under his gown into the palace. He placed the girl under the staircase in the palace… Enoch left to call Alaaye… Alaaye came and saw the girl. He said Enoch should do her as he said he would do her… He carried the cigarette tin(in which the eyes and tongue) to Oba Alaaye… The following night Oba Alaaye asked whether the corpse of the girl had been cleared….”

Justice Verity then concluded: “With acceptance of that statement as evidence of tacit admission of the facts therein, there is not only ample corroboration of the evidence… it goes further and is evidence of admission of facts from which no other conclusion is possible than that the appellant counseled and procured the murder of this child and was rightly found guilty thereof” Oba Adeniran, his herbalist- Falayi and one of his servants and Gabriel Olaberinjo were subsequently hanged.

Thanks to Ashiwaju Kemi Oshodi