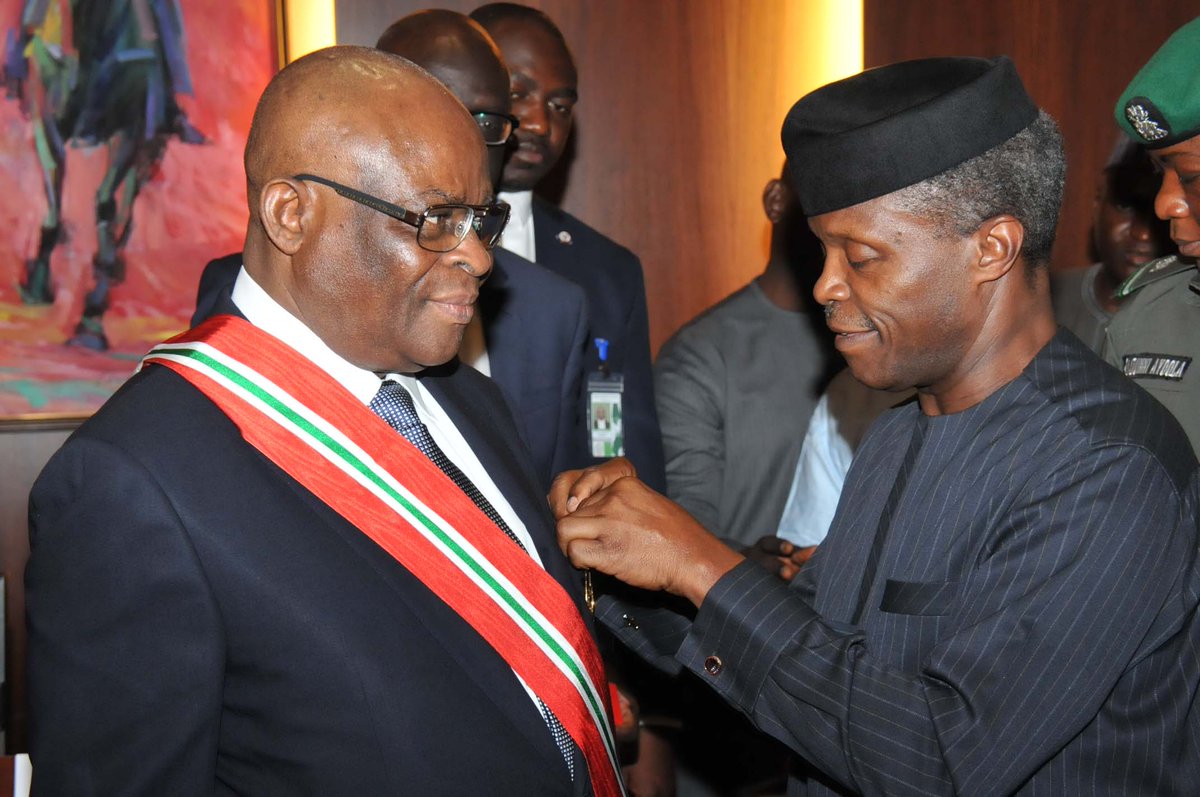 Onnoghen was sworn-in by President Muhammadu Buhari on November 10, 2016, as the acting chief justice of the federation after the retirement of the immediate past CJN Justice Mahmud Mohammed. His appointment was in line with the tradition of appointing chief justices based on seniority and in accordance with section 230 subsection (iv) and section 231 subsection (I) of the 1999 Constitution of the Federal Republic of Nigeria.

But the presidency did not forward his name to the Senate for confirmation as the substantive CJN until February when Osinbajo notified the Senate. Hitherto, Buhari’s reluctance to seek confirmation of Onnoghen attracted widespread condemnation.

But at swearing-in on Tuesday, Osinbajo said the president has confidence in the new chief justice to perform creditably.

“Yesterday I had a discussion with President Buhari, not only did he extend his personal warm wishes and congratulations, he asked that I personally convey that to you, and I do so now,” Osinbajo said.

“I congratulate you on behalf of Mr. President, all members of your family and the entire judiciary. I believe that the choice that the people of this nation have made is a right choice indeed and I pray that you will leave up to all of the expectations indeed. I pray that the almighty God will guide and direct you as you deliver on all of the promises and expectations of the people of this nation.

While appearing before the Nigerian Senate for his confirmation last week, Onnoghen acknowledged that the Nigerian judiciary was flawed and promised to ensure the arm of government truly remained independent and free of executive interference.

“I remain who I am. It will be very-impossible to pocket the judiciary on my watch; I don’t think it will ever happen,” he declared.

“I assure you that the independence of the judiciary would be improved upon on my watch. That one cannot be compromised because the judiciary is the last hope of not just the common man but indeed the hope of everybody.”