Home News OPNBA Weekly : – Diary of the Office of the President of... 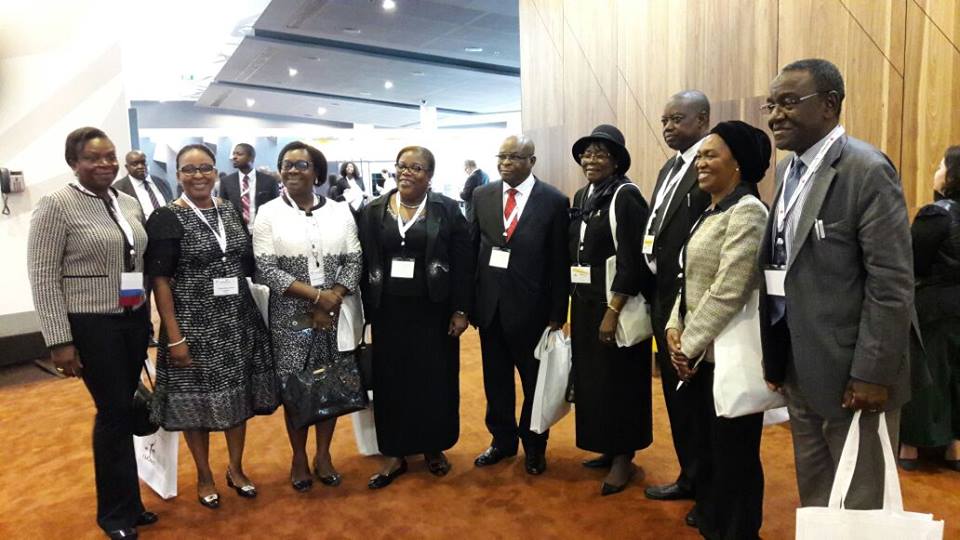 President of the Nigerian Bar Association (NBA) A. B. Mahmoud, OON, SAN, arrived Melbourne, in company of other NBA delegates to begin a five-day Legal Services Trade Mission to Australia. Thereafter, they registered as delegates to enable them also participate at the Commonwealth Lawyers’ Conference in Melbourne, Australia.

Nigerian Bar Association (NBA), delegation commenced a five-day Legal Services Trade Mission to Melbourne, Australia.
The President, A. B. Mahmoud, SAN, leading the delegation, first had a high-level meeting with representatives of the Australia-Africa Chambers of Commerce. The aim of the meeting was to formally introduce the Nigerian Bar Association to the Australia-Africa Chamber of Commerce and discuss areas of mutual interests and benefits to both organisations and their members.

The President also gave a brief overview of the NBA as the foremost professional membership organisation for legal practitioners in Nigeria. He went further to mention the aims and objectives of the Legal Services Trade Mission which were to strengthen relations between the Australian and Nigerian Governments through Law, developing Partnerships between the Nigerian and Australian Bar and Business Associations, deepen the knowledge and expertise of Nigerian Lawyers on Common Law, create awareness about the Nigerian legal and business climate to Organisations interested in doing Business in Nigeria, as well as create networking opportunities for Nigerian Lawyers and Law Firms.

3. Tuesday, March 21, 2017:
The President of the Nigerian Bar Association (NBA) Abubakar Balarabe Mahmoud, SAN, and the Legal Service Trade Mission Team engaged their Victorian Bar counterparts on several issues, including the topical theme of “Cyber Crimes at a breakfast meeting.

NBA President A. B. Mahmoud, OON, SAN, the Chief Justice of Nigeria, Honourable Justice Walter Onnoghen, and other dignitaries were treated to a red-carpet reception at the meeting with Nigerian professionals in Australia. President of the Nigerian Society of Victoria, Fred Alale, a chartered Accountant with KPMG in Melbourne gave an opening remark while acknowledging the dignitaries. They included:

The NBA President, Abubakar Balarabe Mahmoud OON, SAN, and his wife, Justice Patricia Mahmoud; His Lordship the Chief Justice of Nigeria Honourable Justice Walter Samuel Nkanu Onnoghen, GCON, and his wife; His Excellency Mohammed Abubakar, Esq., Governor of Bauchi State, and his wife, Aisha (who is also a lawyer), Justices Clara Ogunbiyi and Sidi Bage of the Supreme Court of Nigeria and other Judges of the superior Courts and their spouses; the Australian Federal High Court Judge, Josh Wilson, some Senior Advocates of Nigeria, (SANs), including Mallam Yusuf Olaolu Ali, A.U. Mustapha, and Pius A. Akubo.

Other dignitaries included other legal luminaries and members of the Nigerian community in Victoria including the leader of the Igbo Association in Victoria, Luke Iwunze; that of the Yoruba Heritage, Matthew Adetifa and Arewa Assocation’s Fatima Mahmoud.

The NBA President A. B. Mahmoud, SAN as part of activities during the Legal Services Trade Mission, made a presentation titled: “Doing Business in Nigeria,” to an audience of varied professionals, government personnels and entrepreneurs.

His presentation encapsulated the art of doing business in Nigeria, the dynamics of business in the country and pitfalls to avoid for a successful business career.

He began with an overview of the Nigerian Bar Association which he described as “the foremost professional membership organisation for legal practitioners in Nigeria. The NBA has continued to act as the conscience of the nation especially as it relates to the promotion of democracy, respect for the rule of law and socio-economic empowerment. “It is in the vanguard for the fight for democracy and committed to the consolidation and entrenchment of the rule of law”.

The Legal Services Trade Mission to Melbourne, Australia, led by the NBA President Abubakar Balarabe Mahmoud, OON, SAN, did a review of the week’s activities.

These included, an examination of talking points, quick wins, action points and next steps.
NBA delegates began to depart Melbourne, Australia for Nigeria.

It is hoped that the dividends of the NBA LSTM to Melbourne, Australia will be palpable sooner than later. 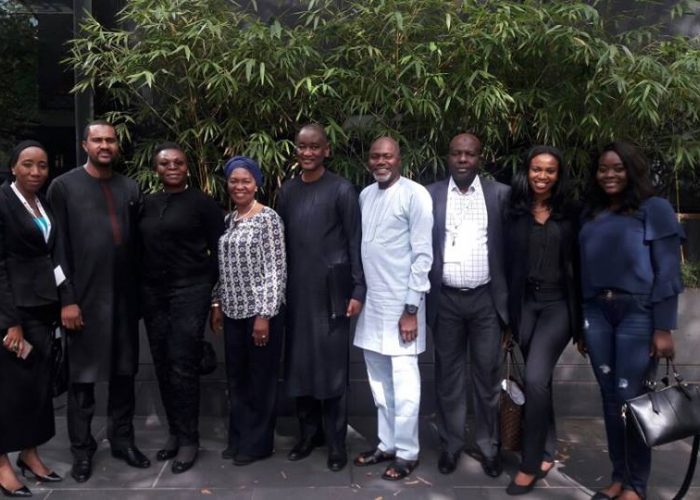 Weekly Diary of the President of NBA2 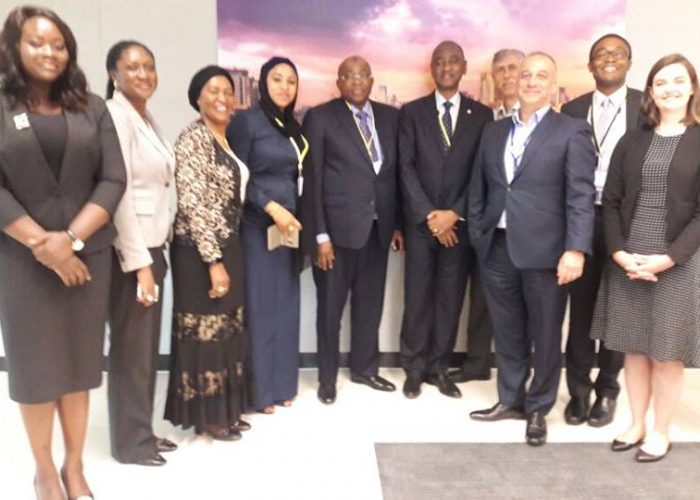 Weekly Diary of the President of NBA3 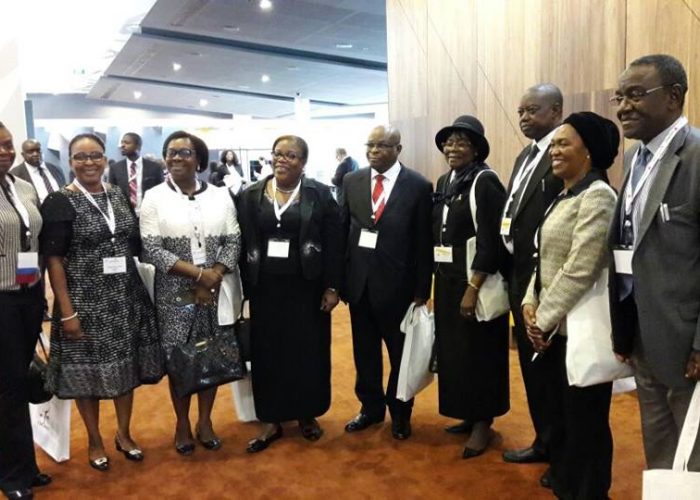 Weekly Diary of the President of NBA 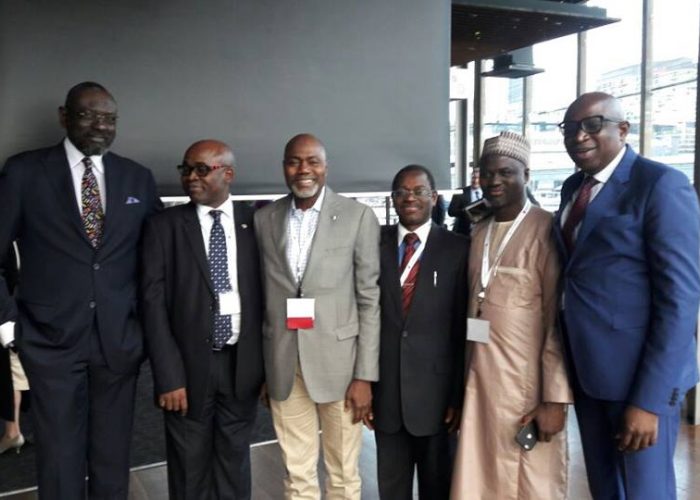 Weekly Diary of the President of NBA1

Call to Bar Postponed and Lawyers to Be are Saying its...